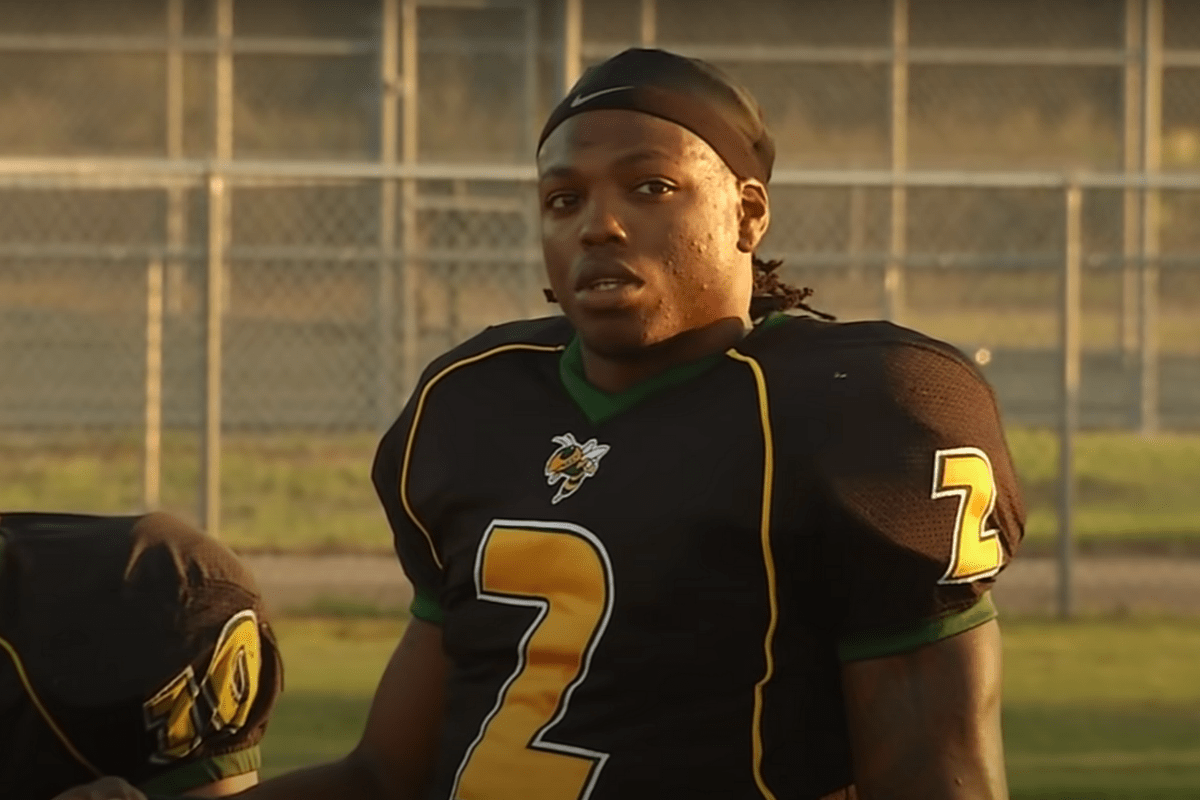 The best high school athletes don’t always pan out in college or the NFL, unless your name is Derrick Henry. All he’s done since a record-setting prep career is win a Heisman Trophy and national championship at Alabama, and tie the NFL record with a 99-yard rushing touchdown for the Tennessee Titans.

You’ve probably heard the stories about Emmitt Smith torching every Florida high school defense he faced while at Pensacola’s Escambia High School. Maybe you’ve read about what a freak Jamarcus Russell was for Williamson High School in Mobile, Alabama. The same could be said for the way Jadeveon Clowney wreaked havoc on offenses for South Pointe High in Rock Hill, South Carolina.

No one — not Smith, Russell or Clowney — were even close to matching what Henry did during his high school career at Yulee High School in Yulee, Fla. There, he put up unquestionably the greatest stats any single high school running back (and arguably the most impressive for any position) has ever posted.

Just take a look at his mind-boggling season-by-season numbers over his four-year prep career.

MaxPreps claims he recorded 4,261 rushing yards in his record-breaking final season, but Jacksonville.com has him one yard shorter.

It should come as no surprise that Yulee High School retired Henry’s jersey number in May 2019 for an incredible four years.

“Breaking this record means a lot to me,” Henry told ESPN in 2012. “I’m glad I could share it with my coaches, my teammates and all of Yulee. They all helped me get to this point. I don’t think it will really hit me until I’m done with football.”

His senior year rushing and touchdown numbers are both Florida state high school records and are so mind-numbingly good that they need some context: Henry ran for more yards and in his senior season alone than Ezekiel Elliott did in his entire high school career.

I mean, how does one even fathom tallying 327.8 rushing yards per game every Friday night? It’s no wonder he was a USA Today High School All-American, Florida’s Mr. Football and Florida Times-Union First-Team All-Coast player in 2012.

Henry unsurprisingly never ran for less than 100 yards in any of his 45 career games with the Yulee Hornets football team, one of which was a 510-yard single game outburst against Jackson High. I imagine if fantasy football were a thing at the high school level, Henry would’ve made owners very, very happy.

At 6-foot-3 and 243-pounds, Henry ran a 4.52 40-yard dash in high school. He used his ridiculous combination of size and speed to not only run through opponents but run by them. Many college coaches wanted a kid (excuse me, man) of that size and athleticism to play defensive end, which probably would’ve worked out, too.

His high school highlight reel is downright laughable. Defenders trying to tackle him look like pee wee football players as they bounce right off of him. And when he gets going, there’s absolutely no stopping the Derrick Henry train.

“I’ve always said he is the best running back in the history of the world in high school football,” Yulee coach Bobby Ramsey told 247Sports. “The numbers dictate that, and then what he’s gone on to do in college validates the type of ability he had.”

Indeed, Henry carried that success into the NCAA.

Although the running back built like a linebacker originally committed to the University of Georgia, a logical choice considering Yulee sits just south of the Florida-Georgia border near Jacksonville, Florida, he ultimately chose the University of Alabama Crimson Tide despite offers form UGA, Florida and Miami.

Henry won the Heisman Trophy in 2015 and led the Crimson Tide to a College Football Playoff berth and national championship win over Clemson under head coach Nick Saban that year as well. Behind his SEC single-season record of 2,219 yards — including a career-high 271 yards against the Auburn Tigers — and 28 rushing touchdowns, the unanimous First-Team All-American won plenty more awards that year, too: the Maxwell Award, Doak Walker Award and Walter Camp Player of the Year Award.

After leaving as Alabama’s all-time career rushing leader despite sharing backfield duties with T.J. Yeldon and Kenyan Drake during much of his time in Tuscaloosa, Henry was drafted by the Tennessee Titans in the second round of the 2016 NFL Draft.

The Titans RB compiled a career-high 238 yards (including that 99-yard touchdown run) and four touchdowns against the Jacksonville Jaguars in December 2018 and finished with his first 1,000-yard rushing season with the Titans that year.

Taking hand-offs from Marcus Mariota, he gave fits to AFC South teams like the Colts, Texans and Jaguars and has quickly shown he’s emerging as one of the NFL’s best young running backs.

In 2019, Henry set career-highs and led the NFL in attempts (303) and rushing yards (1,540), and he tied Green Bay Packers’ Aaron Jones for the league-lead with 16 rushing TDs during the regular season. Henry’s 204 total scrimmage yards in the Wild Card round led Tennessee past Tom Brady and the New England Patriots into the Divisional Round playoff game matchup against the Baltimore Ravens, whom they beat before losing to the Kansas City Chiefs.

He followed up that incredible season by rushing for 2,027 yards in 2020, becoming the eighth running back in NFL history to eclipse the 2,000 rushing yard mark in a season.

Henry’s NFL career might not end the way Florida high school star and legendary NFL player Emmitt Smith’s did, though. Becoming the league’s all-time rushing leader is no cakewalk. But Henry will always be able to say he’s a Heisman Trophy winner, a national champion and the best high school running back ever, a title no one else can ever claim.

This article was originally published August 14, 2019.