December 6, 2018, was a great night for the Tennessee Titans. It was also somehow great for Alabama Crimson Tide fans, too. The only people it was terrible for were the Jacksonville Jaguars and The Action Network's Darren Rovell.

Let's start with the great. Prior to that Thursday Night Football, only former Dallas Cowboys great Tony Dorsett had taken a handoff 99 yards for a touchdown. That was the longest touchdown run in NFL history. That was until Titans running back Derrick Henry took one to the crib midway through the second quarter of a 30-9 victory at Nissan Stadium in Nashville, Tennessee.

The run was epic in every way.

RELATED: Derrick Henry Give Kids the Back-to-School Surprise of a Lifetime 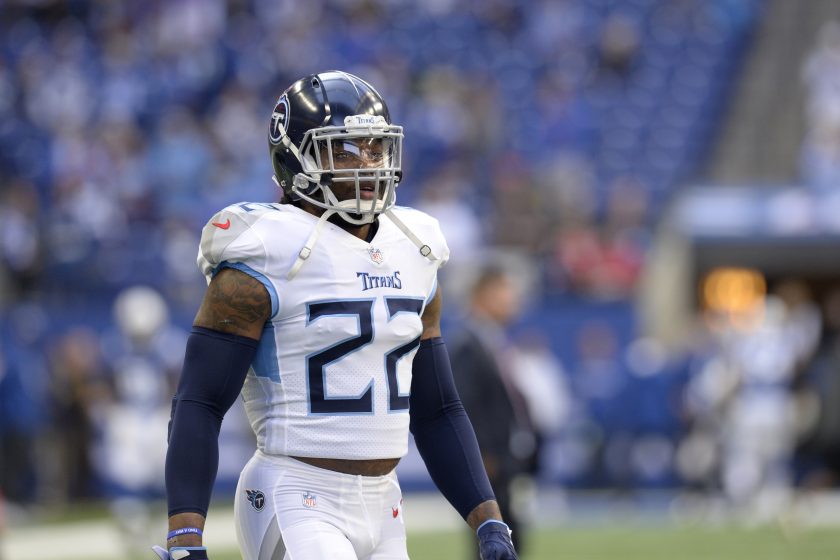 Obviously, that's an NFL record. The only other running back to match that was Cowboys running back (and fellow Heisman Trophy winner) Tony Dorsett, who ran for a 99-yard score against the Minnesota Vikings on Monday Night Football on January 3, 1983.

Happy 66th birthday, Tony Dorsett, owner of one of the greatest runs in NFL history. 99 yards and a cloud of dust. pic.twitter.com/uOvme5HGDP

"I sat there and watched that run play out and said, 'I'll be doggone, this guy is going to tie my record,'" the then-65-year-old Dorsett told The Tennessean.

Now, the longest touchdown run in NFL history belongs to the two of them.

Not Everyone Was Impressed

Please don't call that one of the best runs in NFL history.

If you call it anything, call it one of the worst tackling jobs.

With great success comes a lot of hate and Rovell, a sports business reporter who left ESPN for The Action Network, certainly got cooked for a take straight out of the freezer by the Titans' official Twitter account.

Look, the tackling was far from the stellar by the Jags defenders. There were plenty of mistakes and missed assignments to allow the 6-foot-3, 250-pound Henry to get from goal line to goal line.

But when only two players in the league's 99-year history have rushed for a 99-yard touchdown and Henry's was one of them, yeah, it's one of the best in NFL history, no matter what.

So brilliantly, the Titans made sure to hilariously call him out.

Oh, boy, that's a good comeback right there. And naturally, in defeat, Rovell, a Northwestern grad, took it on the chin and will likely always remember the Titans after that moment.

Appreciate all the text messages and the DM?s after I got dragged last night. I will remember the @Titans. https://t.co/SgQxAxzuIk

Let's go back to why it was great for the Tennessee Titans and Alabama Crimson Tide for a minute.

Derrick Henry's night was by far his best NFL performance of his career and should bring back some great memories for the Crimson Tide faithful, who watched Henry do this on a regular basis.

From 2013-15, Henry ran wild in Tuscaloosa, Alabama, and all over SEC defenses, compiling 3,591 yards with 42 rushing touchdowns in his career en route to winning the Heisman Trophy, Maxwell Award, Doak Walker Award and Walter Camp Award in 2015.

Henry was also the SEC Offensive Player of the Year, unanimous All-American and helped the Crimson Tide win the SEC and College Football Playoff national championship.

Rovell forgot them both and paid the price by calling the 99-yard touchdown run one of the worst tackling jobs on his Twitter account.