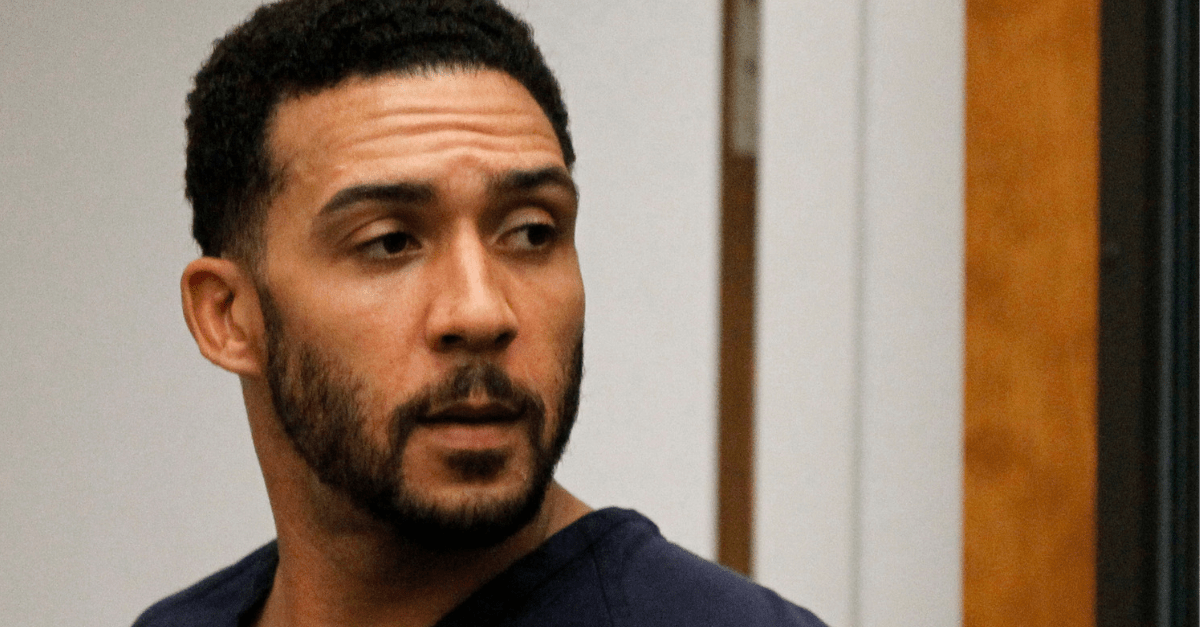 VISTA, California (AP) ? Prosecutors at the rape trial of Kellen Winslow Jr., a former first-round NFL draft pick and the son of a Hall of Famer, said Monday he was a man with fame and riches who “took what he wanted” ? raping three women and exposing himself to two others.

The 35-year-old Winslow was once the highest-paid tight end in the NFL, earning more than $40 million, before his career was sidetracked by injuries.

Winslow wore a suit and glasses and did not show any emotion during opening statements at the trial. His father, Kellen Winslow, a former star with the San Diego Chargers, sat behind him and did not react when prosecutors described the attacks.

"You will learn through the course of the next few weeks that Kellen Winslow took what he wanted."
– Dan Owens, Deputy District Attorney, San Diego County #WinslowTrial
—
Go to https://t.co/rMx2Iqn632 to find out how to watch in your area. pic.twitter.com/H9mEWUSvnT

RELATED: Kareem Hunt Tells Browns, ?You Can Trust Me,? Despite Violent Past

“Mr. Winslow, the defendant in this case, has been given much but it was not enough,” prosecutor Dan Owens told the jury. “He took what he wanted.”

Winslow has pleaded not guilty to 12 counts in the case. He could face life in prison if convicted.

His attorney, Brian Watkins, urged jurors not to be swayed by public opinion and to look at the evidence or “lack of it.”

Winslow has never hidden that he had sex with the women who alleged he raped them, but it was consensual, the lawyer said. He also disputed the prosecution’s account that the women did not know Winslow was a former NFL player.

Winslow has lived a “very uncommon life” that has been difficult, Watkins told jurors.

“When you’re in the spotlight people want things from you,” he said.

After posting bail, Winslow was arrested again on additional charges of raping two women ? a 54-year-old female in March of 2018 and a 59-year-old woman two months later.

The 54-year-old was hitchhiking on St. Patrick’s Day in the late afternoon when Winslow offered her a ride, prosecutors said, alleging he drove her to a parking lot behind a shopping center near Interstate 5 in Encinitas and raped her in his car.

He is also accused of threatening to kill her if she said anything.

“She was too scared to scream,” Owens told jurors, adding that the woman was in “survival mode” and did what Winslow asked.

Winslow later left her on the side of a road and she walked to a taco shop to be in a lighted area, fearing he would come after her, Owens said.

A friend convinced her to report the incident four days later, but she refused to be examined. Instead, she gave authorities the blood-stained pants she said she had been wearing. Owens said DNA tests found traces of Winslow’s semen on them.

Winslow later befriended a 59-year-old homeless woman and authorities say she eventually accepted a ride to have coffee with him. Instead, he sodomized her next to his Hummer on Mother’s Day in 2018, Owens said.

Watkins said Winslow had consensual sex with the women and that he was repeatedly unfaithful to his wife. He asked jurors not to judge “Kellen’s cheating ways.”

“It’s wrong. It’s immoral, but it is not illegal,” Watkins said.

Watkins alleged the women were trying to prey on Winslow amid news coverage of the rape allegations.

The wife of a Marine reported being raped by Winslow when she was a 17-year-old senior in high school. She said she met him when he was home for the summer from the University of Miami, where he was a star player.

The woman, according to the prosecution, had been afraid to step forward because of his fame.

Another woman, 57, said Winslow exposed himself to her while she tended to flowers in her garden.

While Winslow was out on $2 million bail, he was arrested again for lewd conduct after a 77-year-old woman at a gym said he exposed himself to her on two occasions and masturbated next to her in a hot tub in February. He has been jailed since without bail.

#KellenWinslow – Pros. opening – Jane Doe #5. Just a few short months ago, the 77-year-old woman was at Crunch Fitness. She will tell you the defendant was on a machine next to her, touching himself, rubbing his genitals while looking at her. "Do you see that? Do you like it?" pic.twitter.com/mh7RlTTgen

Drafted No. 6 overall by Cleveland, Winslow broke his right leg in his rookie season then sustained a serious right knee injury in a motorcycle accident that offseason.

He was suspended in 2013 while with the Jets for violating the league’s performance-enhancing drug policy.