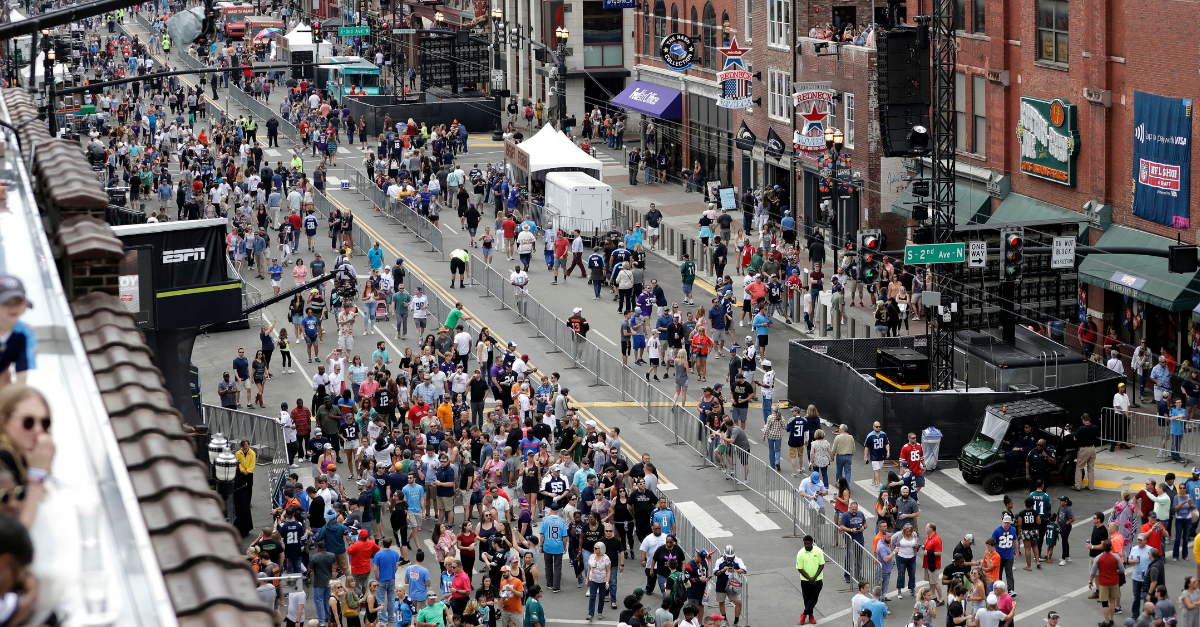 The NFL draft drew record numbers both on site and on television.

The league said Monday that more than 600,000 attended over the three days in Nashville, easily eclipsing the 250,000 that came to watch two years ago in Philadelphia.

Nielsen reports that the draft on ESPN, ABC and NFL Network averaged 6.1 million viewers at any given time over the three days. The draft averaged 5.5 million viewers last year, which was the first time all seven rounds were on broadcast television.

2019 NFL DRAFT REACHES NEW HEIGHTS AND RECORD NUMBERS – 47.5 MILLION VIEWERS AND 600,000 FANS IN ATTENDANCE YIELDING THE HIGHEST RATED, MOST WATCHED, AND MOST ATTENDED EVER: https://t.co/NliaP5jyOj

“The 2019 NFL Draft was a tremendous continuation of the celebration of the NFL’s 100th season and an opportunity to welcome the next generation of stars. Dramatic and emotional storylines played out in cities across the country with the energetic host city of Nashville serving as a breathtaking backdrop to hundreds of thousands of passionate fans who lined the streets and enjoyed a unique NFL Draft Experience. We congratulate our newest players and their families and thank the Tennessee Titans, the Nashville Convention and Visitors Corp., the City of Nashville, the volunteers, and everyone who made the Draft such a memorable, entertaining, and successful experience.”

“By every metric ? from the hundreds of thousands of fans who filled the streets of Nashville to the record-breaking ratings and viewership ? this event was an unqualified success,” Peter O’Reilly, the NFL’s executive vice president for club business and league events, said in an email.

Next year’s draft is slated to take place in Las Vegas and will be the first significant event hosted by the Raiders in their new home city. The Raiders will play their final season in Oakland this year before moving to Nevada.