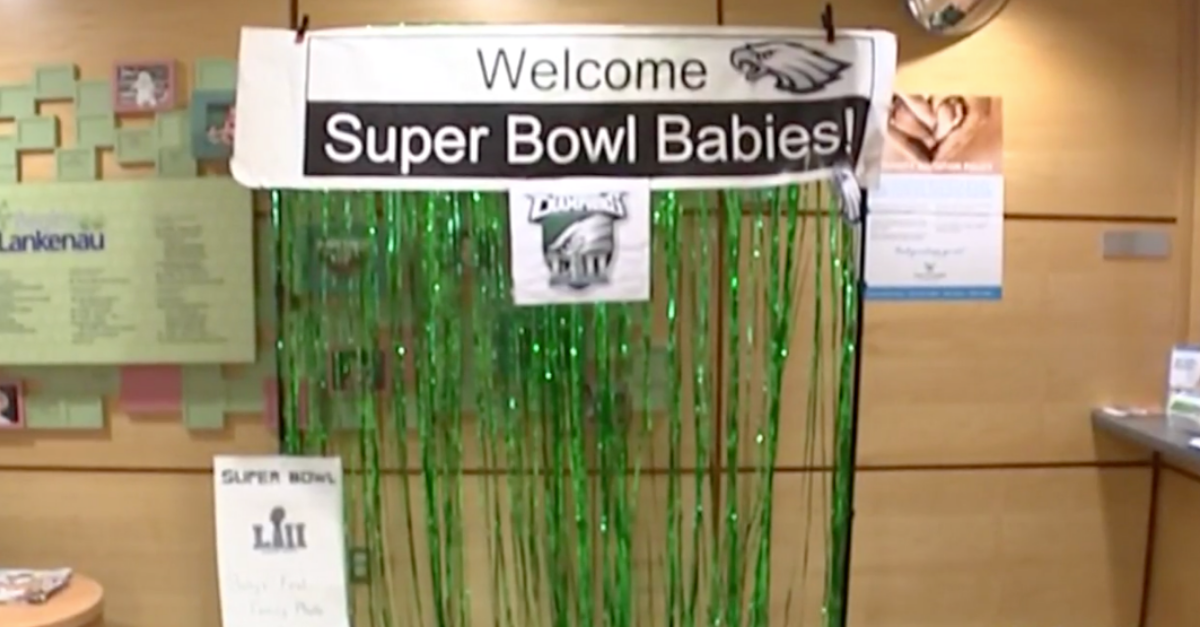 Remember that time the most iconic play from the last Super Bowl became a crazy gender reveal? How about the time fans rewatched the game and partied in the street for really no good reason other than the World Cup ended? What about the statue placed outside Lincoln Financial Field? Does any of that ring a bell?

The Philadelphia Eagles do not play a game this week, but Sunday marks the nine-month anniversary of the franchise?s Super Bowl LII victory over the New England Patriots. That means everyone can party again. Well, those that aren?t working at hospitals or growing their families.

There?s officially a ?Philly Special? baby boom in the City of Brotherly Love and local news outlets are reporting area hospitals, including Lankenau Hospital, are preparing for an increase in babies being delivered in the coming days.

Of course, it?s not a perfect science. Not all babies from Super Bowl celebrations will be born on Sunday or Monday. Some babies have already been born and you better believe area hospitals will be ready for even more in the next couple of weeks.

Everyone knew the Eagles? 41-33 win over the Patriots at U.S. Bank Stadium in Minneapolis, Minnesota in early February was a big deal, and also that Philly fans are… passionate, but who would have thought an insane baby boom in the city would be one of the biggest results from it?

“People like celebrating during happy times, so this is one way to celebrate,” Dr. Eva Martin, an OBGYN from Main Line Health told CBS Philly.

Get ready, Philadelphia. Whether you like it or not, there?s about to be a whole bunch of Carson?s and Nick?s running around in your neighborhoods in the coming years.

READ MORE: This Young Boston Sports Fan Has Lived Quite a Lucky Life