Video Shows OBJ Getting Choked, But Nobody Was Kicked Out 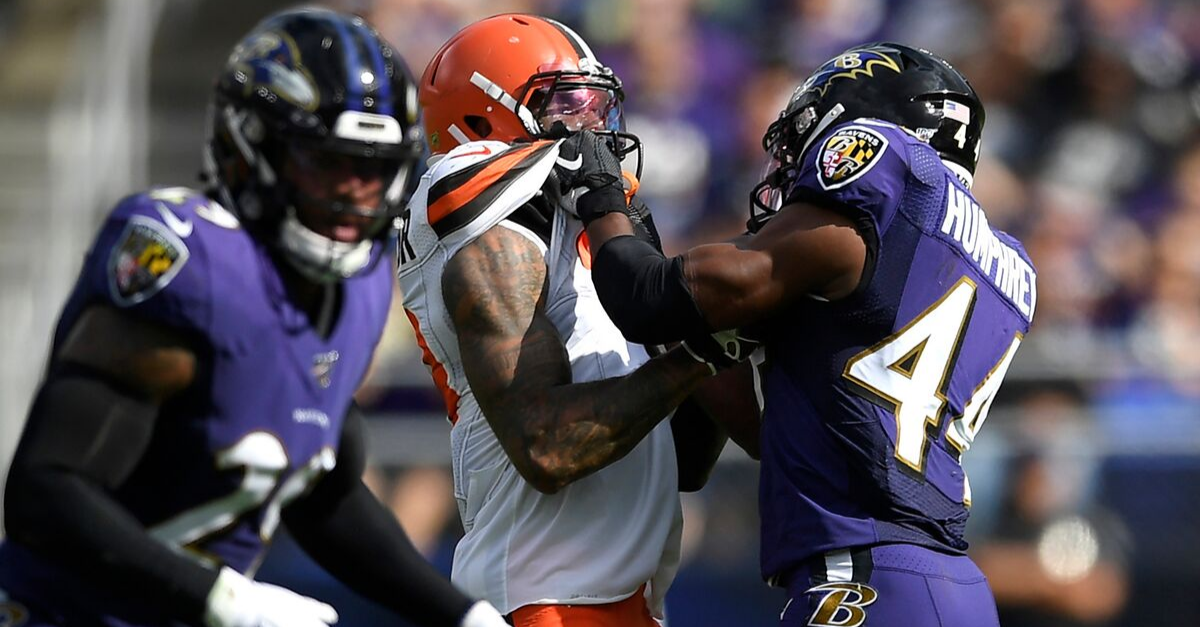 Beckham got into a skirmish with Ravens cornerback Marlon Humphrey, who pinned the three-time Pro Bowler and had his hands around his neck before being pulled away. Both players were assessed personal fouls, but neither was ejected.

Kitchens said he planned to reach out to the league about that situation in particular and officiating evenness in general.

“I don’t like seeing our player on the field and someone’s hands around his throat,” Kitchens said Monday. “I don’t like that. I don’t think that needs to be in our game and I would be the first to say that if it was our guy doing it. And I want everybody held to the same standard.”

There were four offsetting penalties — two on each side — called following the heated exchange between Humphrey and Beckham, who had several physical altercations during the game.

Kitchens said Hochuli explained the decision not to eject Humphrey and he credited the officials with not letting things escalate.

“Shawn and those guys did an excellent job of maintaining control of the football game,” he said. “They did do that. They did an excellent job of that. So my hat’s off to them in that scenario, because that can get out of hand in a hurry. And I’ll compliment our players on maintaining their composure in that situation. But again, one of their teammates was on the ground too, so we just need to decide what direction we want to go with that, you know?

“I don’t like seeing our guys on the ground getting choked.”