Thursday Night Football follows up last week's AFC rivalry game between two hot young quarterbacks with another rivalry game, as the Pittsburgh Steelers travel to Ohio to take on the Cleveland Browns in the "Battle of the Placeholders."

We're a far cry from Baker Mayfield and Ben Roethlisberger, with Mitch Trubisky and Jacoby Brissett under center for each team. But, that doesn't mean this game's garbage. In fact, the latest chapter to this heated rivalry provides a few betting angles. 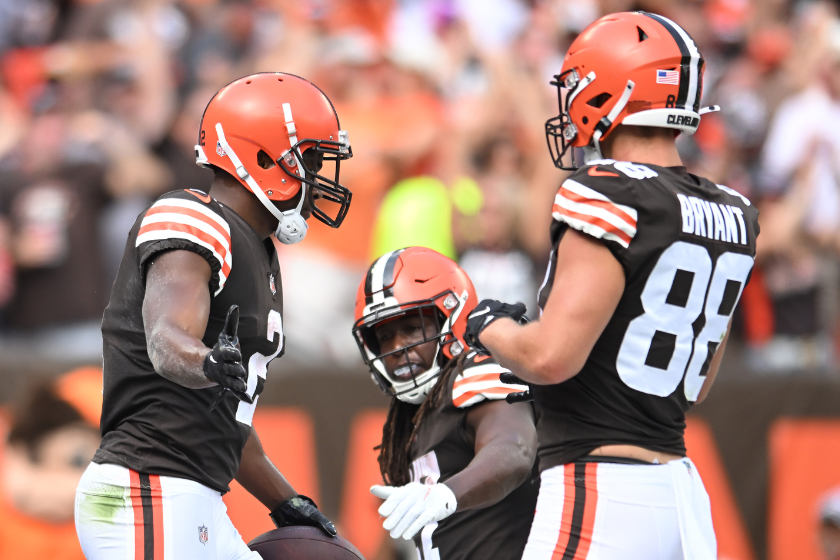 As much as I don't trust the Steelers offense right now, I trust the Browns (-4.5) with this kind of spread far less. This is a Browns team that blew a 13-point lead to the Jets with 1:55 left in the game. The Steelers offense might be sputtering, but they at least have a pretty solid defense, even with TJ Watt out.

So what of this spread? It doesn't do much good to look at the last several times these teams have played. We are in a new era for both, or rather a transition into a new era. The Steelers are 1-0-1 against the spread this season, with last week's game pushing at +3.

I think this is the game to take the handcuffs of Mitch Trubisky and see what you have in him. Calls for Kenny Pickett to be the starter are already beginning in Steeler nation. If Trubisky bottoms out this week, the Jets make an ideal opponent for Pickett's first start. If Trubisky plays serviceable, his job is secure, and Mike Tomlin won't have to field questions of a quarterback change until at least Week 7. With a Week 5 trip to Buffalo, then returning home to Acrisure Stadium against Tom Brady and Tampa in Week 6, there is no way Pickett's first start comes against either.

Simply put, Mitch throws more in this one. And hey, the Steelers are rarely out of games entering the fourth quarter. Give me the points if they are over the key number of 3. 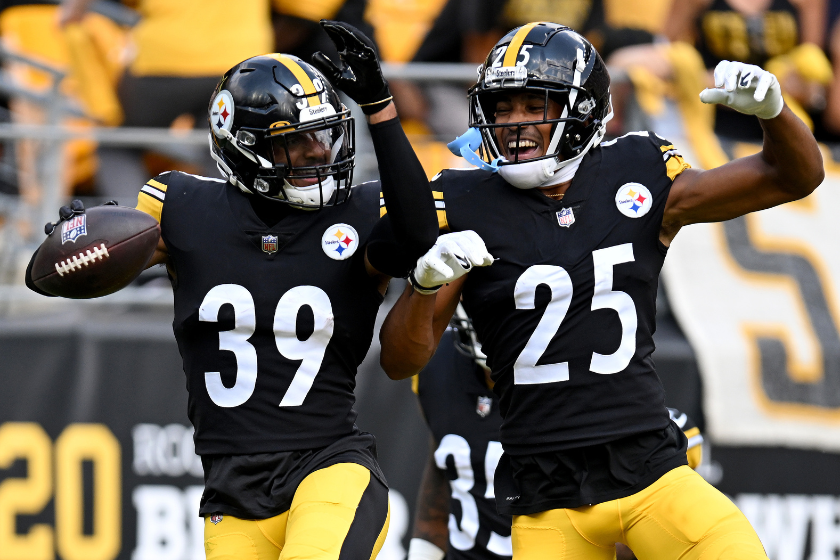 RELATED: Reintroducing "Brownie the Elf": The 76-Year Old Cleveland Browns Mascot Who Will be Their Midfield Logo

This is the lowest total on the Week 3 slate and for good cause. Both these offenses are abysmal. Najee Harris is only averaging 2.9 yards per carry behind one of the worst offensive lines in the league. Matt Canada seems afraid or unwilling to throw the ball over the middle. Makes for a perfect under, right?

As I did with Monday night's Eagles/Vikings game, I won't betray my principles. With 52% of the public bets and 86% (as of writing this) of the money on the under, I'm betting with Vegas and taking the very manageable over. Yeah, I'm the guy at the craps table that's betting against the shooter. But hey, contrarian picks have not let me down yet, a 4-0 on the season across CFB and NFL. 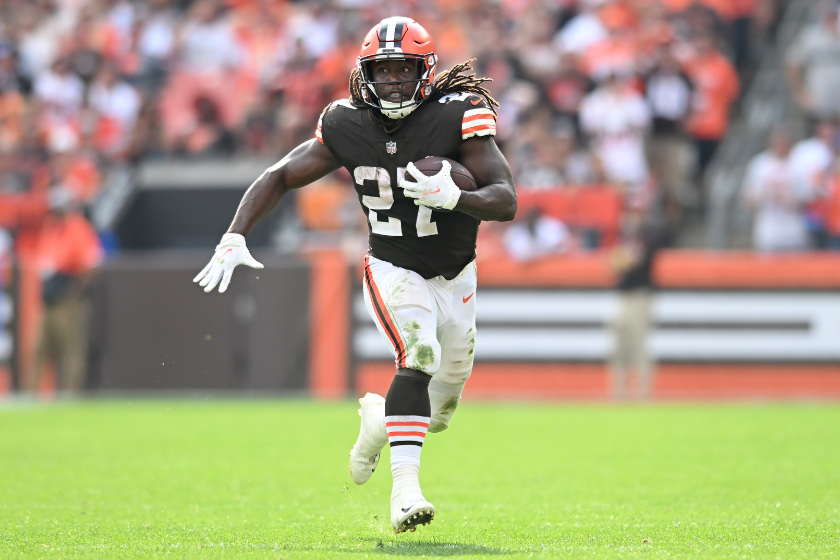 Cleveland isn't in the business of putting the ball in Jacoby Brissett's hand. What they will utilize is a one-two punch of Nick Chubb and Kareem Hunt against a leaky Steelers run defense. Pittsburgh is allowing 128 rush yards per game. With Chubb being used heavily in the run game, I like Hunt to be more of a factor in the receiving game.

Diontae is the go-to receiver and will be no matter who the quarterback is. Johnson is 11th in the NFL in receptions with 13 and ninth in targets with 22 through two games. Look for Johnson to easily get the number of targets to cover this line.

This is a roll of the dice, so keep in mind, I wouldn't advise betting more than half a unit on this one if you decide to place the bet. George Pickens comes into Thursday with two receptions on the season for 26 yards, which is an error the Steelers will need to rectify after the rookie wide receiver shined brightly all through camp. Pickens himself has stated he was open downfield on 90 percent of the routes he ran against the Patriots. Whether that is an accurate stat remains to be seen, but Tomlin has also stated this week that the offense could do a better job taking advantage of the one-on-one matchups downfield and get Pickens more involved in the passing game. A high-risk, high-reward bet like this would be a good time to utilize the FanDuel Thursday Night No Sweat SGP. Pickens over 28.5 receiving yards might be worth a look as well.