Bill Belichick doesn't have the most impressive coaching tree. His former assistants and players have not found much success trying to copy "The Patriot Way" in other organizations, and in fact two of his top paduans, Josh McDaniels and Matt Patricia, as well as another minion in Joe Judge, ended up out on their butts and crawling back to the Patriots for another shot at coaching.

McDaniels got that shot this year with the Las Vegas Raiders, and this weekend he will attempt to, for the second time, hand Belichick a loss at the hands of a former assistant.

While the branches of Belichick's coaching tree have not bloomed the way one would think they might, given the strength of their roots, they have for the most part excelled at winning in these so-called "revenge games."

Bill Belichick vs. His Former Assistants 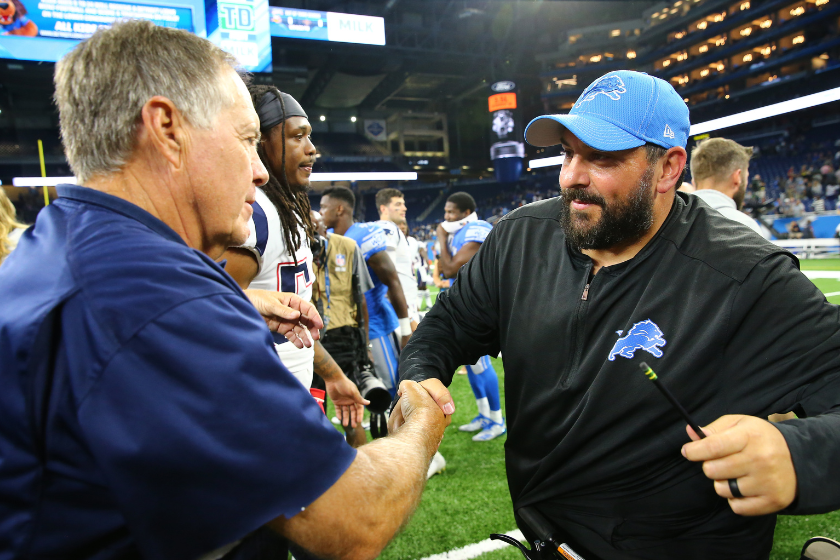 Belichick is just 18-19 all-time (.486) against former assistant coaches or players turned head coach. In the past five years, he has won just six of 16 such games, and often it hasn't been a good look for the Patriots. Many of the losses they have suffered to former coaches or players have been against inferior teams, especially when the Patriots had Tom Brady under center.

Despite a season-opening win over Bill O'Brien and the Houston Texans, Belichick went 1-2 against his former underlings in 2018. That included embarrassing losses to the 0-2 Detroit Lions, under noted boob Matt Patricia, and the 4-4 Tennessee Titans, under former Patriot linebacker Mike Vrabel, who was still finding his footing in his first season.

The Patriots opened up the 2019 season with a 43-0 win over Brian Flores and the Miami Dolphins, but then lost to Bill O'Brien's Houston Texans in Week 13, as New England dropped three of their last five games of the regular season.

The rock bottom moment came in the final game of the regular season in 2019, against Flores and the fish. With nothing left to play for, the 2-11 Dolphins marched down the field against the Patriots' defense and scored the game-winning touchdown with :29 left. That loss, coupled with a Kansas City Chiefs win, dropped the Patriots out of the top-two in the AFC, and forced them to play on Wild Card weekend, where they were knocked out by the Tennessee Titans, led by Vrabel.

Flores was with the Patriots in various capacities from 2008 through 2018, and he would go 4-2 against the Patriots in his three years with the Dolphins. Vrabel has clearly figured things out and invigorated the Titans. He has led the team to back-to-back double digit win seasons and three straight playoff appearances, while also winning two of the three meetings against his former coach. Only Bill O'Brien (1-5) and Eric Mangini (3-5) have losing records against Belichick, and they both have been saddled with mostly wretched teams in lackluster organizations. 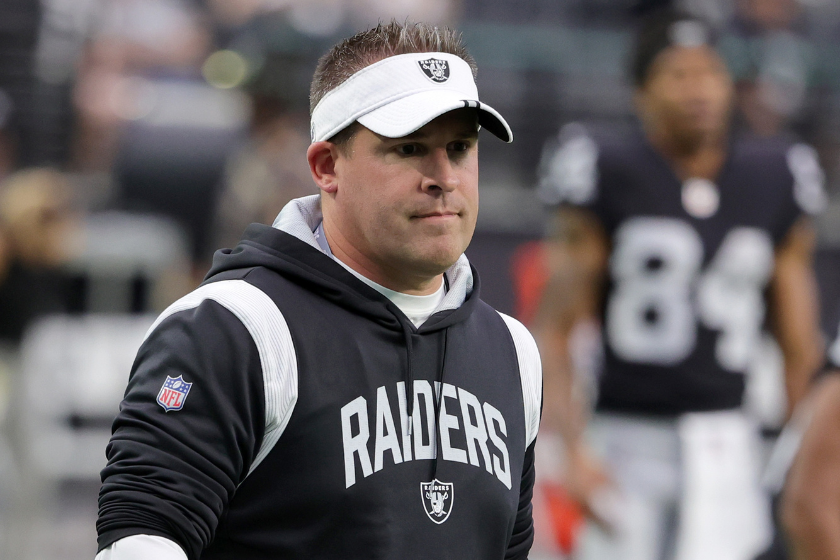 McDaniels has already beaten Belichick once, a 20-17 overtime win in 2009 when the Broncos overcame a 10-point deficit by keeping the Patriots off the scoreboard in the second half. That win improved the Broncos to 5-0 in McDaniels's opening year at the helm. They would win their next game as well, but after their bye won just two of their final ten games, missing the playoffs at 8-8. McDaniels got one more season in Denver, but was fired after a 3-9 record in 2010. The win against his former team is likely the lone highlight of a disappointing two years in the Mile High City.

It took more than a decade for McDaniels to find his next head coaching gig. He turned down an opportunity with the Colts, ostensibly because he was promised to be groomed for the head job in New England, but when that proved false, he eventually bolted for the City of Sin. Despite a roster filled with offensive weapons, including running back Josh Jacobs, tight end Darren Waller and newly acquired shiny new toy Davante Adams, it has been a disappointing debut for McDaniels and the Raiders. They have blown three-possession leads in three separate games this season, and have also dealt with major injuries, not to mention Adams assaulting a photographer.

The Raiders have a hail mary's shot at making the playoffs, which would need to start with a win this weekend against New England. More likely, however, a win for Las Vegas and McDaniels would be the highlight of a bumpy opening season for the former Patriot assistant.

For Belichick, it would be another loss at the hands of someone who owes their NFL career to his tutelage.