This Brett Favre “2020 MVP” Commercial Remains Funny as Ever 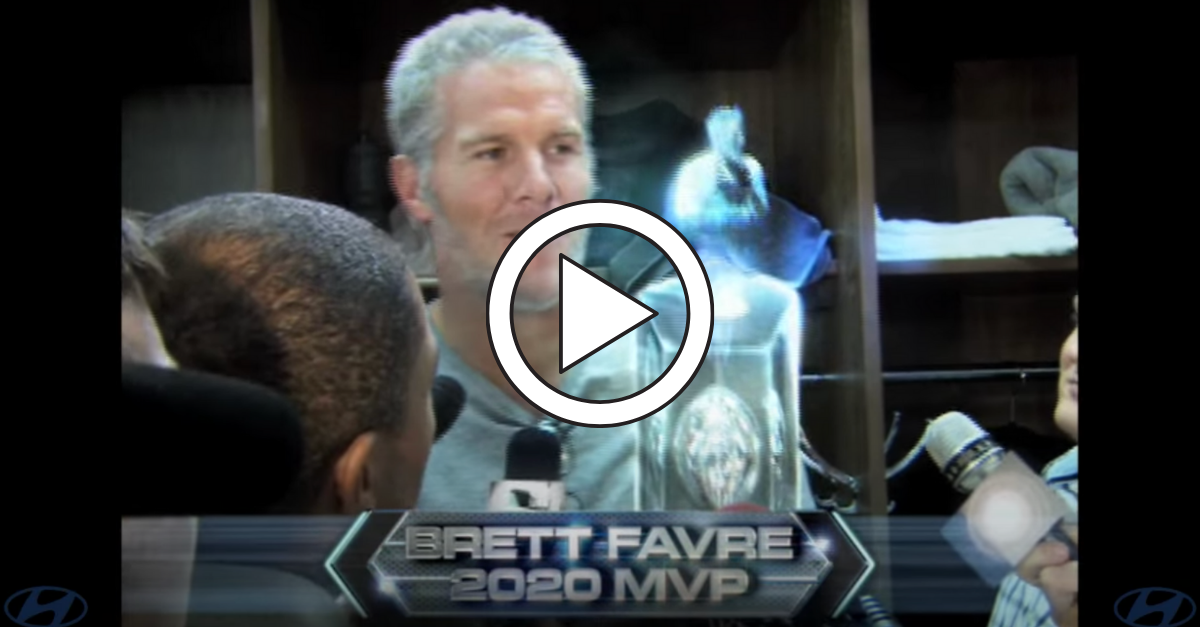 Brett Favre is football version?s of Iron Man. His 279 consecutive starts over 19 seasons was truly legendary and might never be topped. Many thought the three-time NFL MVP would never retire for good and that?s what made this iconic commercial so damn funny.

Back in 2010, Favre was playing for the Minnesota Vikings. His time with the Green Bay Packers was over and Aaron Rodgers became the starting quarterback. The New York Jets even cut him after only one season. He was still in the league, however, and that?s all that mattered.

Tracking Favre was exhausting, though. Whether he would continue his NFL career, and his indecisiveness, was a never-ending storyline during the offseason. That?s probably why Hyundai decided to have a little fun with it.

During the second quarter of Super Bowl XLIV, a showdown between the New Orleans Saints and Indianapolis Colts, Brett Favre was in the spotlight again for a commercial on CBS.

The Super Bowl ad was designed to promote the new Hyundai Sonata and its 10-year, 100,000 mile warranty. The 30-second spot also poked fun at Favre?s retirement rumors and even showed the 11-time Pro Bowl selection winning the 2020 NFL MVP award.

?I?m honored to be here after 29 seasons and 50 years old. When you?re older than most of the fans and coaches and owners, it?s tough taking orders from people. I should probably retire after this. I don?t know, maybe??

Social media wasn?t as popular as it is today, but if something like this popped up during Super Bowl LIV between the Kansas City Chiefs and San Francisco 49ers, everyone, especially NFL players, would be howling with laughter and tweets with Favre and the hologram trophy.

Favre, a second round pick in the 1991 NFL Draft, played one more season after that commercial aired, throwing for 2,509 yards and 11 touchdowns. After the Vikings failed to make the NFC playoffs, he officially called it quits. His Pro Football Hall of Fame career was over.

Although he won?t win the MVP trophy this season, as the commercial comically predicted, this commercial is still gold and hilarious to watch during the coronavirus pandemic and COVID-19 outbreak.

After all, nobody could have predicted this unprecedented time, either.