Brian Urlacher was one of the most feared linebackers of his era, manning the Chicago Bears' defense with ferocity. The former NFL player was known for many things during his 13-year career, including big tackles. One thing he was not known for was a luscious head of hair.

The bald and beautiful Urlacher has enjoyed retirement since putting up the cleats in 2012. Now 44, Urlacher has orchestrated one of the greatest comebacks in football history: the former shiny-headed linebacker sprouted a head of hair even more glorious than Drew Brees' hair. Urlacher's new hair made its public debut in 2016 on WGN News, stunning those who remembered the Pro Bowl linebacker's bald head. Seeing him with a full head of hair was a complete shock to football fans in Illinois and a drastic new look than what he had when tackling members of the New York Giants.

Urlacher explained the shocking development to Dan Patrick, telling him how he underwent a hair restoration procedure via RESTORE, which was founded by Dr. Arthur Katona in order to restore hair to his head and achieve his new look, boasting the most hair he's had since high school.

Urlacher said he initially started suffering hair loss in college at New Mexico and began shaving his head when he reached the NFL for convenience purposes. Soon, fans grew accustomed to the bald look, and it was there to stay.

The FUE hair transplant procedure stands for Follicular Unit Extraction, differs from other hair transplant methods in that it removes each follicle of donor hair one at a time.

Urlacher has said he's recommended tons of his friends to get the same procedure.

"I've always tried to be honest in the media and I want everyone to know that you can talk about hair restoration. I want to open the doors to let men know that they can do this. It's OK to have a cosmetic procedure done. I had no idea how many people, even close friends of mine, worry about their hair," he said. 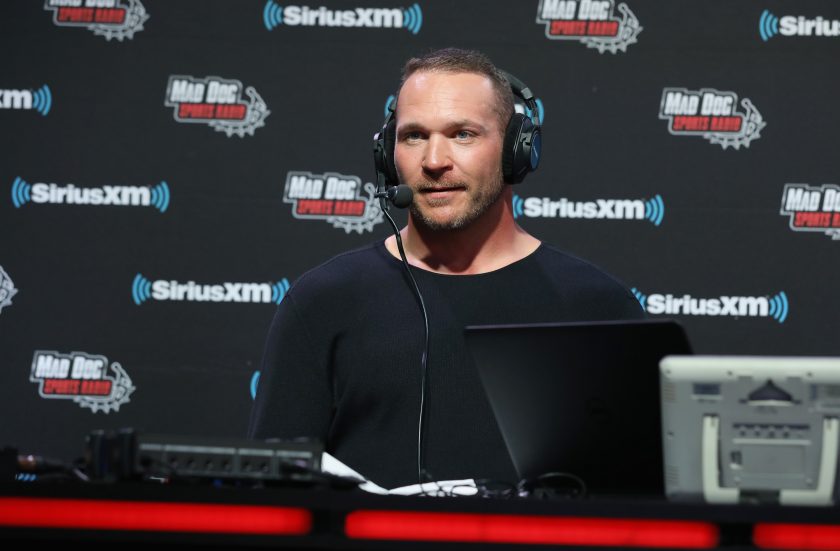 Believe it or not, this isn't the first time the former Chicago Bear's baldness has made headlines.

Urlacher filed a lawsuit in 2017 against Charles Medical Group and Dr. Glenn Charles, a hair restoration company located in Boca Raton, Fla. The Hall of Fame linebacker accused the company of using Urlacher's name and likeness to market their own hair restoration product without permission from the former tackle machine.

"Doctor Charles at no time took credit for the procedures elected by Urlacher, in fact to the contrary. There is a link to an Esquire magazine article, reflecting the procedure being undertaken by the doctor who performed the advanced procedure on Urlacher."

Urlacher was never able to win a Super Bowl with the Bears, but the former All-Pro managed to achieve something no one thought was possible in retirement by flaunting his new look.