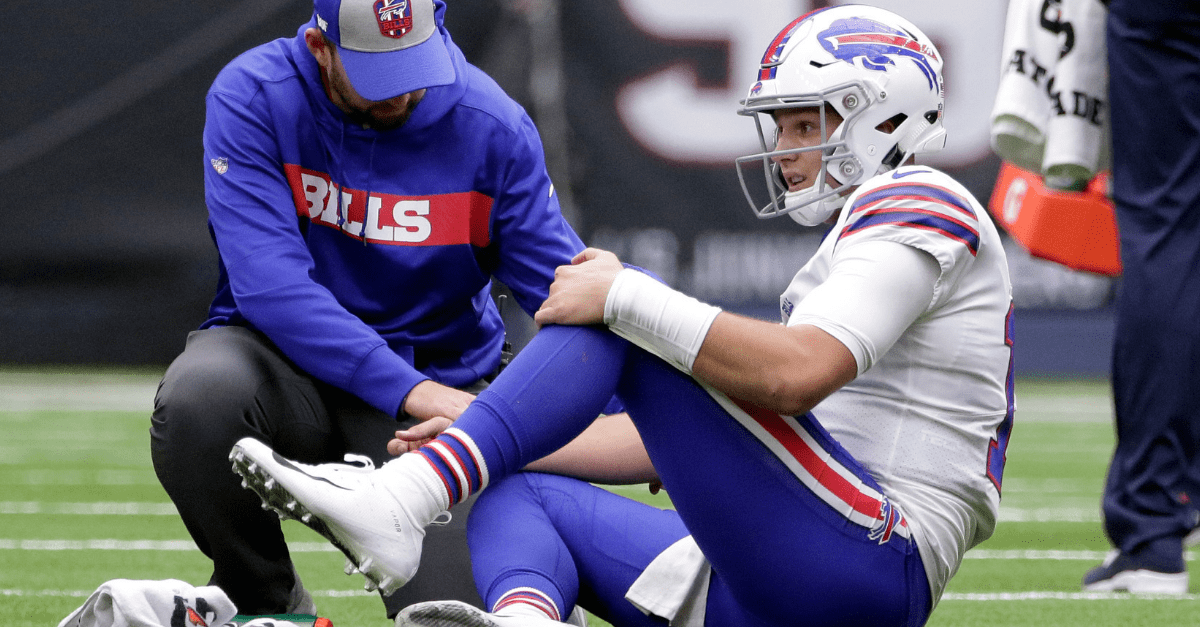 The Buffalo Bills might have a 2-4 record through the first six weeks of the season, but they’re still in contention for worst team in the NFL right now. Head coach Sean McDermott, widely heralded as one of the NFL’s best defensive minds, is coaching a defense that might only allow the third-fewest yards per game in the league (311.7), but they’re giving up 23.0 points per game, ranking 21st in the NFL.

For the offense, things couldn’t get any worse. They rank dead last in points per game, yards per play and passing yards per game. How is McDermott and his staff going to try and remedy this situation? They’re going to start a 35-year-old quarterback who has made four starts in the last seven years.

With an elbow injury sidelining the team’s first-overall pick in quarterback Josh Allen, and the team’s backup Nathan Peterman proving that he could be considered one of the worst quarterbacks in NFL history following another terrible showing against the Houston Texans, the Bills are forced to turn to veteran quarterback Derek Anderson, the long-forgotten 2007 Pro Bowl quarterback of the Cleveland Browns.

Anderson signed with Buffalo on October 9 as a mentor for Allen, but the team announced Wednesday morning that he’ll be thrust into action only a week later as their starter.

Coach McDermott: "Josh Allen has an elbow sprain. There is no plan for surgery but he will be week-to-week. Derek Anderson will be our starting QB this week." #GoBills pic.twitter.com/cPRRMknh9r

It seems like a strange match in Orchard Park, but Anderson and McDermott do have a history together. The two were both members of the Carolina Panthers from 2011 to 2016, when Anderson backed up quarterback Cam Newton, and McDermott served as the team’s defensive coordinator.

The Portland, Oregon native, who also played his college football with the Oregon State Beavers, will start his first NFL football game since 2016 when Buffalo travels to face the Indianapolis Colts on Sunday.

That last start for Anderson? He threw an interception on the first play of scrimmage and was benched in a 40-7 loss to the Seattle Seahawks.

Anderson hasn’t been more than a spot-start quarterback since 2010 when he went 2-7 leading the Arizona Cardinals. Before then, he started 34 games over a four span with the Cleveland Browns. His highlight season came in 2007, when Anderson threw for 3,787 yards and 29 touchdowns, winning ten games in 15 starts, and he was named to the Pro Bowl with Cleveland.

Turn the page forward to 2018, and the veteran will get a crack at improving this Buffalo team in any way he can. He’s not be a long-term solution by any means, but he’s a heck of an upgrade from Nathan “I Throw An Interception Once Every Nine Passes” Peterman.