When Christian McCaffrey was traded to the San Francisco 49ers for draft picks last October, the Carolina Panthers did more than just give the Bay Area team a formidable offensive weapon. They brought McCaffrey back to his roots.

The move was full circle for numerous reasons. Ed McCaffrey played for the 49ers for one season, in 1994, during his 13-year career. He also spent nine seasons in Denver, where he played under head coach Mike Shanahan, father of current 49ers head coach Kyle Shanahan. For Christian, the trade to San Francisco brought him back to his childhood babysitter.

The First McCaffrey to Play For the Niners 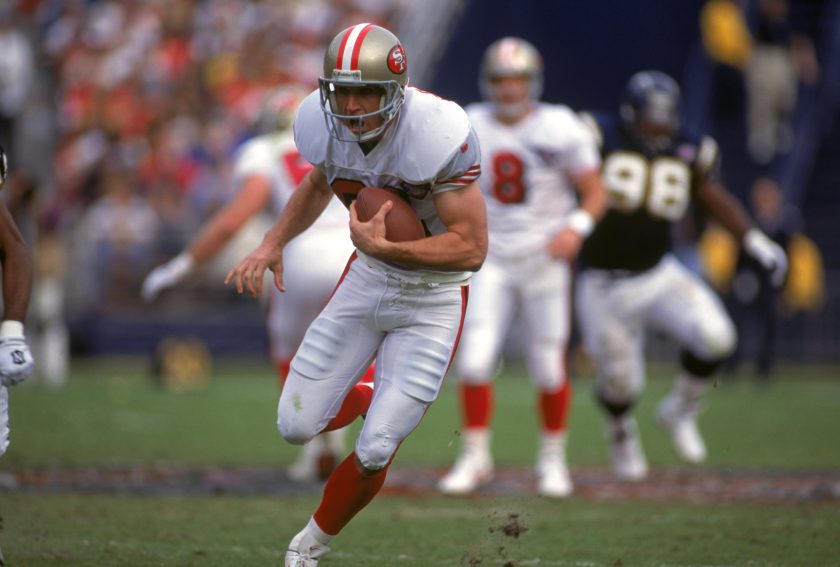 The McCaffreys are one of the most athletic families in football.

Ed McCaffrey, the patriarch of the bunch, was a wide receiver drafted by the New York Giants in 1991. He spent three years with them before playing one season in San Francisco and spending nine years with the Denver Broncos, where he posted three straight seasons of at least 1,000 receiving yards from 1998 to 2000.

Christian followed in Ed's footsteps by starring in college football at Stanford University before becoming a top pick in the 2017 NFL Draft. He's since scored 60 touchdowns, posted more than 8,000 combined yards and earned All-Pro and Pro Bowl honors.

The oldest brother, Max McCaffrey, also played in the NFL for a couple seasons, including one with the 49ers. Dylan McCaffrey played quarterback for the Michigan Wolverines but in 2021 transferred to Northern Colorado, where Ed was the head coach from 2019 to 2022. The youngest brother, Luke McCaffrey, currently plays wide receiver for the Rice Owls. 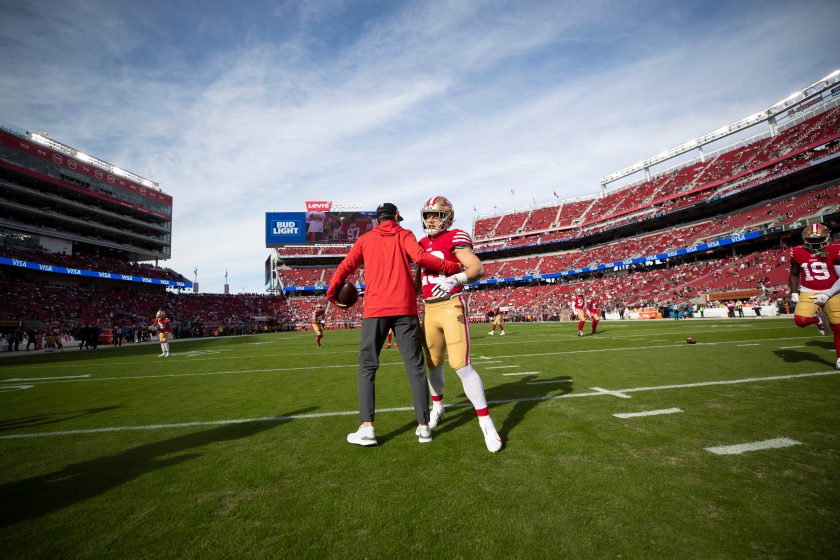 From babysitting Christian to trotting him out as your NFL team's starting running back: That's how far back go the 43-year-old Kyle Shanahan and the 26-year-old Christian McCaffrey.

Back in 2017, Ed told the story. Apparently, when Mike Shanahan was coaching Ed on the Broncos, Kyle Shanahan would babysit a young Christian.

"I probably left my sister to do it very quickly and moved on. His dad was my hero growing up," Kyle Shanahan told 49ers.com. "I was close with Ed and his wife Lisa -- that's really why I wore 87 in college. Ed was the man. I knew all his sons -- they were a lot younger when I knew them -- but they've all turned out to be pretty good athletes and real good people." 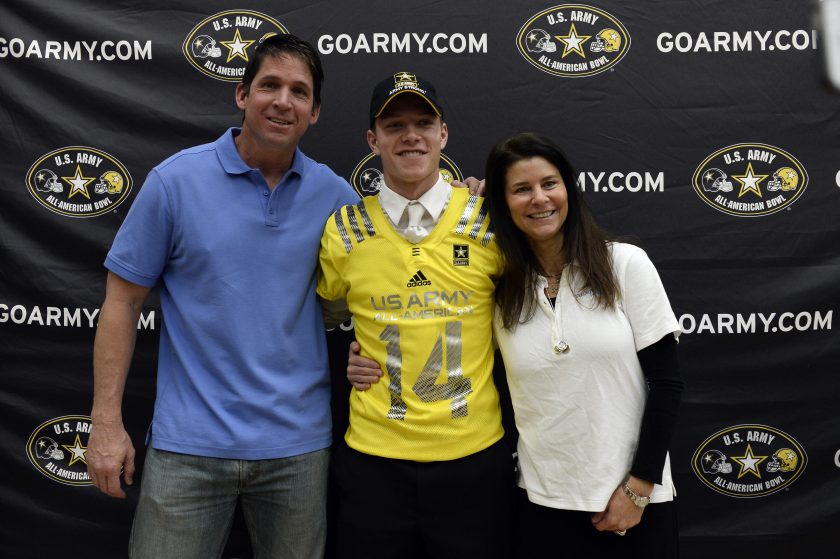 Judging from video of Christian's pee wee football days, Kyle has known for quite some time how good of an athlete the running back is.

While 54-year-old Ed McCaffrey runs youth football camps in Colorado, he's still plenty busy rooting on his sons who still play. As the 49ers head to the NFC Championship game against the Philadelphia Eagles, the entire McCaffrey squad will be cheering for Christian and his former babysitter.