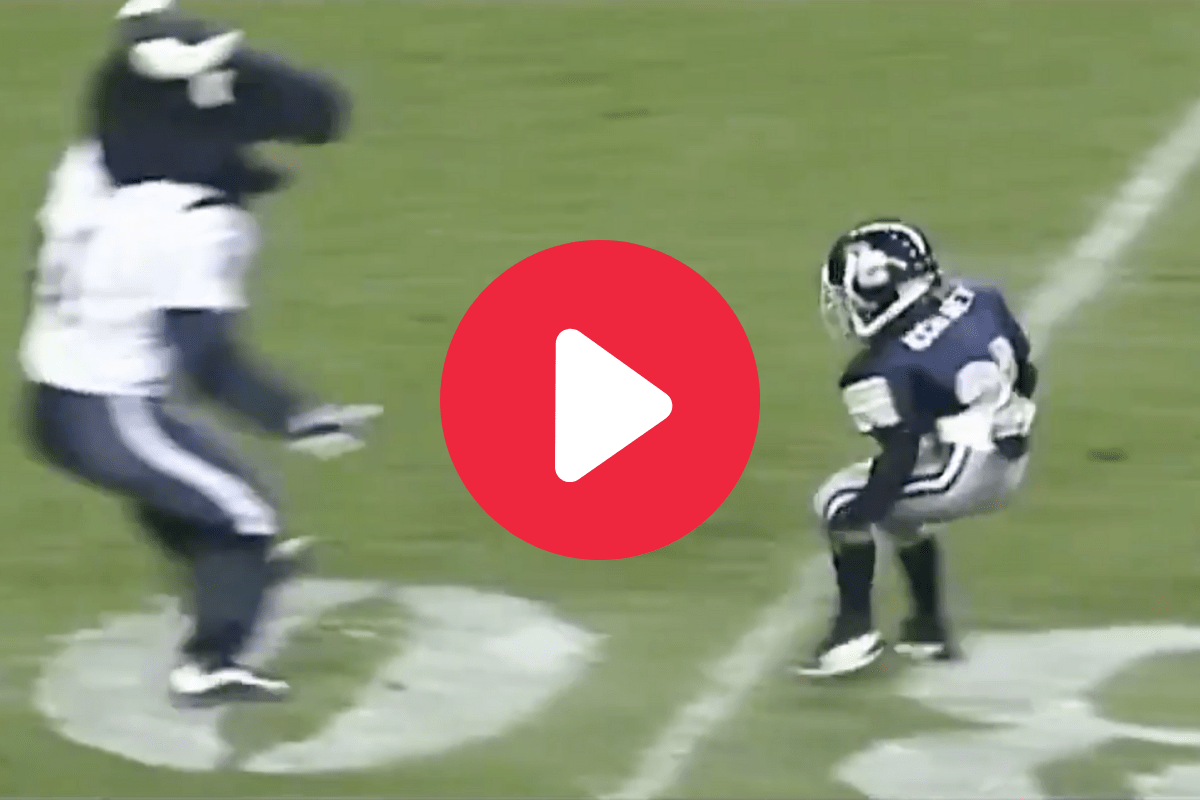 Christian McCaffrey is looking to bounce back in 2021 after an injury-riddled campaign last year. The Carolina Panthers running back played in just three games, but hopefully he’ll be healthy for a new season taking snaps next to recently acquired former New York Jets and USC quarterback Sam Darnold.

Returning from an injury is never an easy task, so perhaps McCaffrey should look at some past tape of himself in order to gain inspiration heading into the new NFL campaign. One piece of footage certainly worth re-visiting comes all the way back from CMC’s pee wee football days, when he scored one of his most impressive touchdowns to date.

Pee wee CMC even broke out a hilarious touchdown celebration.

This play had everything.

McCaffrey was playing for his pee wee football team during a halftime show at then-Invesco Field at Mile High, home of the Denver Broncos. The near-20-year-old clip features McCaffrey showcasing a series of jukes to get past NFL mascots and work his way into the end zone.

The real magic started after the young McCaffrey scored. The 7-year-old pulled a Sharpie out of his sock and pretended to sign the football he just scored with before hurling it into the stands.

The video was picked up by various news outlets and was trending at the time it occurred back in 2003. It made the rounds again once McCaffrey proved to have a promising career in football. This run alone could have gotten him an invite to OTAs or training camp. I’m sure even pee wee Terrell Owens wasn’t breaking out celebrations like that.

The Castle Rock, Colorado native attended Valor Christian High School before truly making a name for himself at Stanford University, where he placed second in Heisman Trophy voting as a sophomore.

McCaffrey was drafted by the Panthers in the first round of the 2017 NFL Draft after foregoing his senior year at Stanford. He joined a team loaded with talented players such as linebackers Thomas Davis and Luke Kuechly, quarterback Cam Newton and tight end Greg Olsen. The team played in a Super Bowl just a few seasons prior, but they’ve played in just one playoff game since McCaffrey’s arrival.

While the star running back looks to turn around his team’s fortunes in 2021, this footage of the youth phenom should have McCaffrey ready to run through a wall.