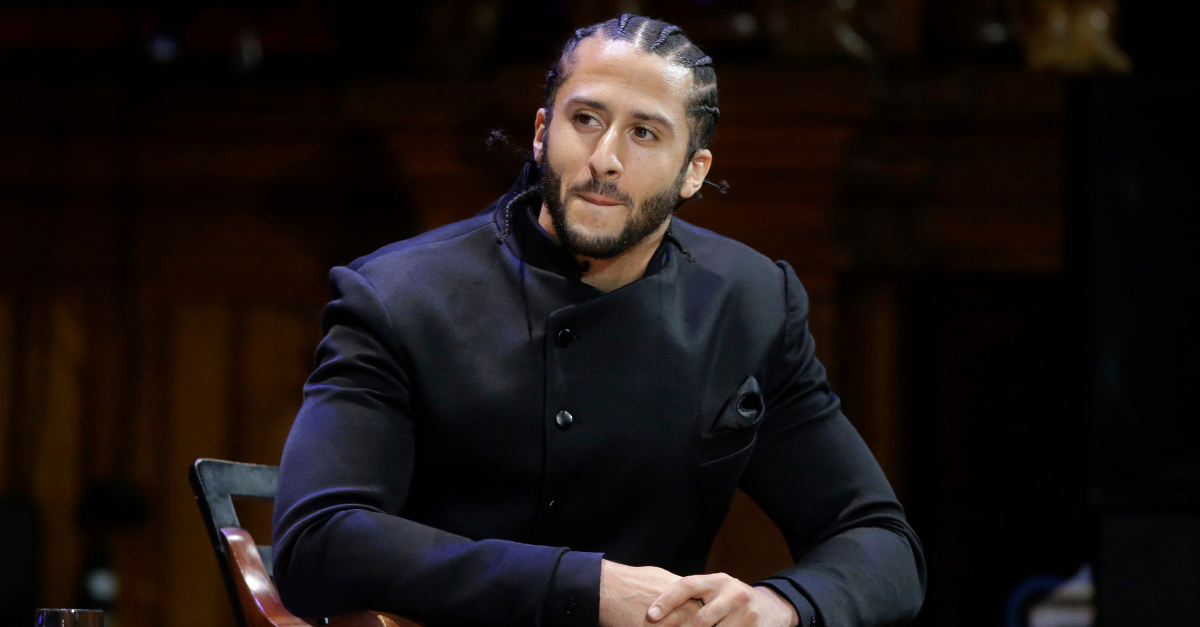 Everywhere you turn, in all parts of the country, someone has an opinion of former San Francisco 49ers quarterback Colin Kaepernick. Some are positive. Others are negative. Then, there?s what happened last April in San Jose, California.

At a Safeway gas station on Cottle Road in the Bay Area, a Kaepernick doll was seen chained to the trailer hitch of a Nissan pickup truck. NBC Bay Area reporter Joanna Acevedo was there, took a picture showing the metal chain around the doll?s neck and posted it to Twitter.

***Reposting because wanted to include the license plate

Car with a lynched Colin Kaepernick Doll in San Jose, CA. And they swear Bay Area is free of hate pic.twitter.com/agIfxsHiBd

Whether you agree with former NFL quarterback Colin Kaepernick or not, this is beyond wrong. Even if it?s to signify the NFL rivalry between the Niners and Oakland Raiders, what?s on this pickup truck?s trailer hitch is more than too many steps over the line.

Above all, the message it sends is disturbing and wrong. It?s also why Kaepernick took a knee during the national anthem to begin with.

Back in 2016, Kaepernick made national headlines for his national anthem protests by taking a knee to protest police brutality, social injustice, and racial inequality. It?s an act and conversation that is still alive in today?s NFL.

Kaepernick came forward after the death of George Floyd in 2020 to say “we have the right to fight back” regarding nationwide protests. Considering Black people are still likely being lynched and someone allegedly tied a noose in Nascar driver Bubba Wallace’s garage, this is another example that racism isn’t going anywhere anytime soon.

The timing of this truck owner’s act was also disturbing. The picture was taken just one day before the execution of John William King, the Texas man charged with dragging James Byrd Jr, a black man, to death behind a truck in 1998, according to Sporting News. It is considered ?one of the most gruesome hate crimes in modern U.S. history.?

Sadly, this isn?t the first public incident involving a Colin Kaepernick doll. A picture surfaced on social media from the Bowtie Barbershop in Placerville, California with a doll hanging from a noose, according to Fox 40. The doll was taken down and the owner apologized.

There are no excuses for any of this. It’s downright wrong.