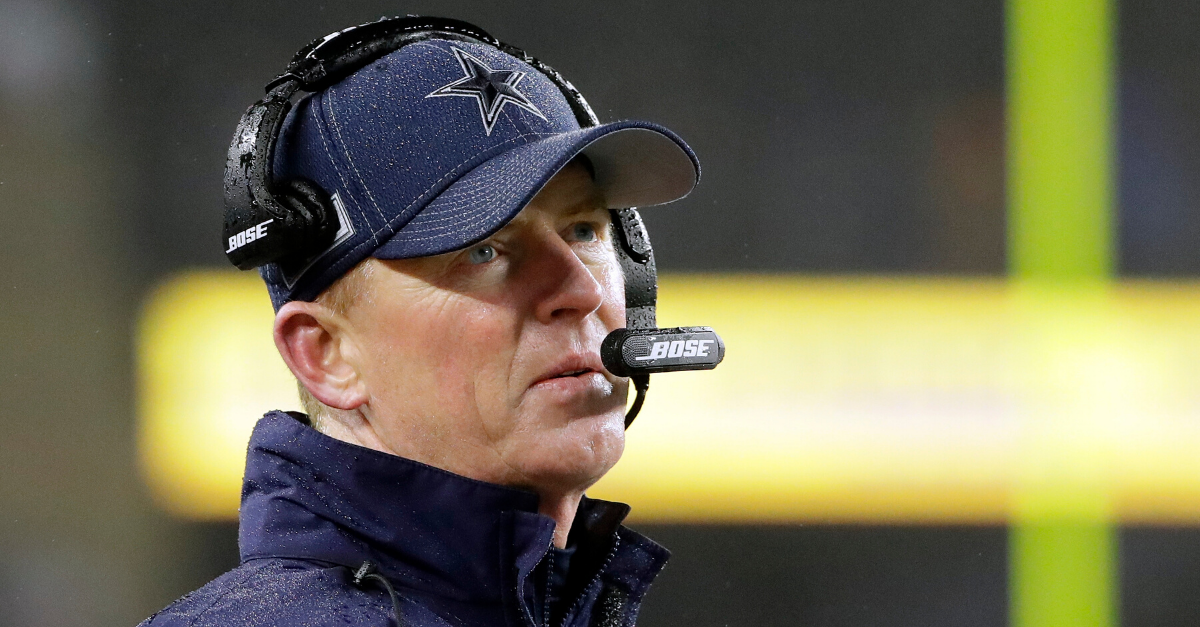 On a cold, rainy November afternoon in Foxborough, Massachusetts, the New England Patriots beat the Dallas Cowboys. Given the current state of each franchise, that really shouldn?t surprise anyone. The 13-9 final score at Gillette Stadium is what will go down in the history books, but all people want to talk about is the controversy surrounding the game.

Is it finally time for Cowboys owner Jerry Jones to fire head coach Jason Garrett? How banged up is Tom Brady?s shoulder? Does quarterback Dak Prescott even deserve a big contract? What in the hell were those tripping penalties against the Cowboys?

That last question sent social media and Cowboys fans to its usual orbit of outrageousness. Tripping calls against left tackle Tyron Smith in the first quarter and center Travis Frederick in the fourth quarter were a hot-button topic, even long after the game ended.

Both penalties could definitely be looked as significant, and both, well, were wrong.

According to the Fort Worth Star-Telegram, the NFL basically told the Cowboys ?OOPS!? on both penalties.

About those tripping calls in Pats loss: NFL tells Cowboys ‘my bad’ in Monday review https://t.co/fYc2vuDOav

Look, no matter which team you root for, nobody likes to see officiating get in the way of a game. Taking away a first down and a potential touchdown in a one-score game is pretty awful, especially when it?s the wrong calls like in Sunday?s game.

Here?s the tripping call on Smith, which ultimately led to a blocked punt and the only touchdown of the game:

And here?s the penalty on Frederick, which negated a first down catch by Ezekiel Elliott:

Just at initial glance, it?s easy to see both were bad calls, horrible even. For a struggling team looking to hold off the Philadelphia Eagles, win the NFC East, and make the playoffs, it?s impossible for this to set well.

An apology doesn?t take away the final score against the Super Bowl champs or change the standings at all. It just is unfortunate two offensive linemen were flagged for penalties they clearly did not commit.

READ MORE: Urban Meyer Listed as Favorite to be Dallas Cowboys? Next Coach