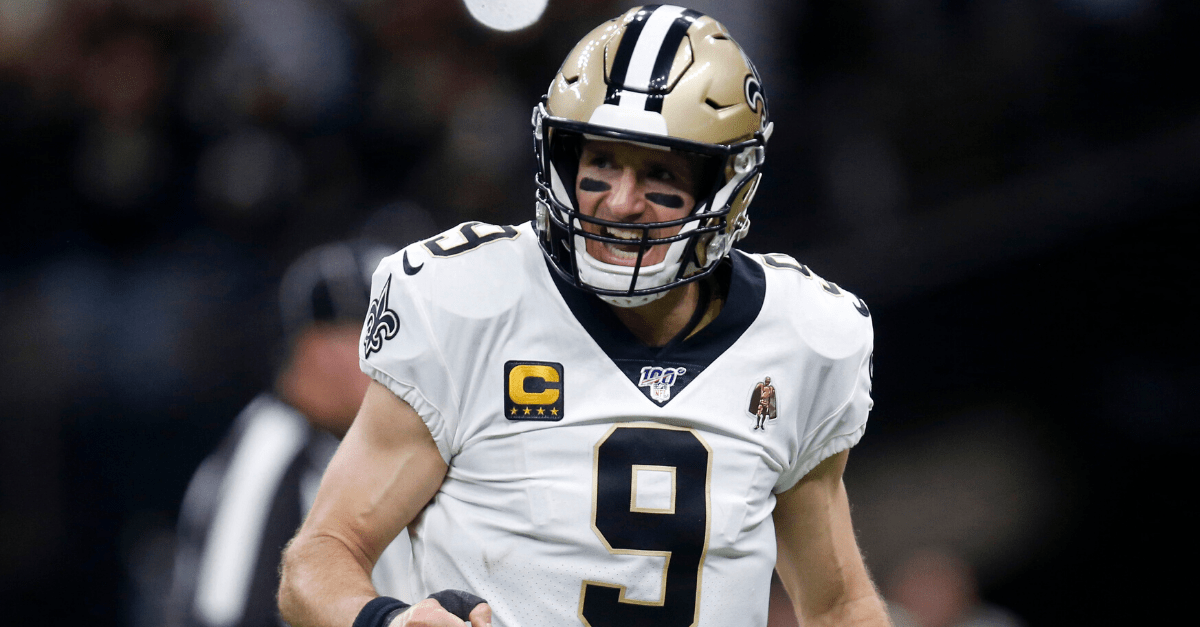 Drew Brees never has to take another snap in order get into the Pro Football Hall of Fame. His NFL resume and community impact speak volumes, and the 41-year-old has earned the right to ride off into the sunset whenever he feels like it. However, he?s not ready yet.

While backup quarterbacks Teddy Bridgewater and Taysom Hill are looking for big pay days before next season, the New Orleans Saints have no need to be in panic mode. That?s because Brees, the team?s starting quarterback since 2006, is returning to The Big Easy for the 2020 NFL season.

Brees, the former Super Bowl MVP and 13-time Pro Bowl selection, announced he is returning to the gridiron once again.

My feelings about the 2020 season! I look forward to the grind and the journey, for the reward at the end will be worth it!!! Love you #WhoDatNation. Let’s make another run at it!

RELATED: Taysom Hill is Valuable, But Not Worth Franchise QB Money

It?s unclear where Brees took the photo to go along with his announcement, but it?s probably very unimportant. What matters to the Saints, head coach Sean Payton, and rest of the league is that one of the greatest players of this generation isn?t quite ready to hang up his cleats just yet.

The offseason news might not be overly shocking, sure, but it?s significant.

?My feelings about the 2020 season! I look forward to the grind and the journey, for the reward at the end will be worth it!!! Love you #WhoDatNation. Let?s make another run at it!?

Since he was selected in the second round of the 2001 NFL Draft, Brees has become one of the best players in NFL history. A thumb injury on his throwing hand against the Los Angeles Rams slowed him down in 2019, but he still managed to make the Pro Bowl after throwing for nearly 3,000 passing yards with 27 touchdowns and just four interceptions and taking the Saints to the playoffs.

Instead of testing free agency, the future Hall of Famer made up his mind. He wanted to return to the Saints and get the Mercedes-Benz Superdome rocking again.

Perhaps the NFC Wild Card loss to the Minnesota Vikings stung too much. Maybe he simply wasn?t ready to call it quits. Whatever it was, everyone should be happy Brees is coming back.