With the No. 1 seeded Philadelphia Eagles hosting the No. 6 seeded New York Giants in the NFC divisional round this Saturday night, this game breaks the tie between these two NFC East rivals. At least until they play again and bring the series score back to even.

So, with four games down and a two-to-two series score in post-season games, which games rank as the best between the two NFC East rivals? 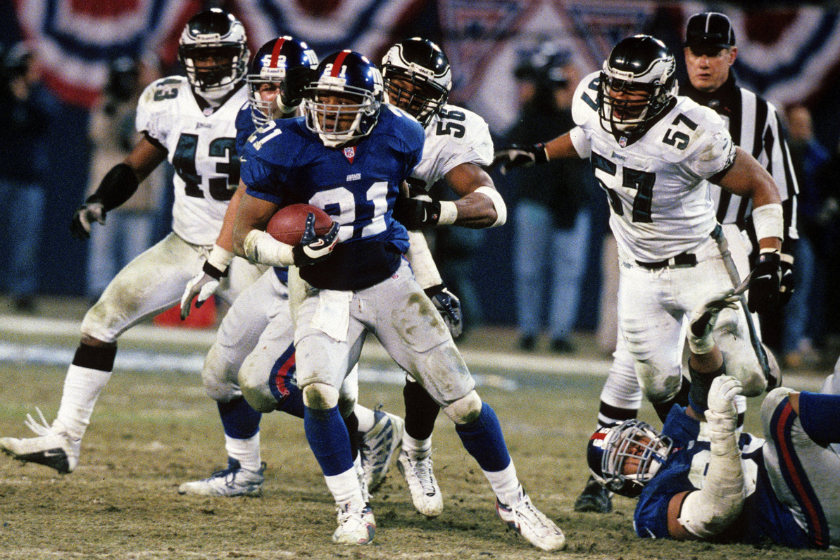 Prior to this game, the New York Giants were heavily favored. The NFC East rivals matched up twice in the regular season, with each contest resulting in a Giants win. Going into the third matchup, there wasn't much belief that the Eagles would be able to come out victorious.

However, the playoffs are a different beast. Anything can happen once the post season begins, but that wasn't the case this game.

Rookie receiver, Ron Dixon, started the game off with a pop, as he returned the opening kickoff 97 yards for a touchdown. The rest of the game can be boiled down to stifling defense by both teams, but a bruising rushing attack by the two-headed monster in New York. Between Tiki Barber and Ron Dayne, the Eagles couldn't keep their defense off the field. The two backs combined for 88 yards on 33 carries, while also having possession for over 35 minutes.

This kept the ball out of McNabb's hands, which kept the Eagles from scoring.

The Giants would then go on to win the NFC Championship, however, had different results in the Super Bowl, losing to the Baltimore Ravens 34-7. 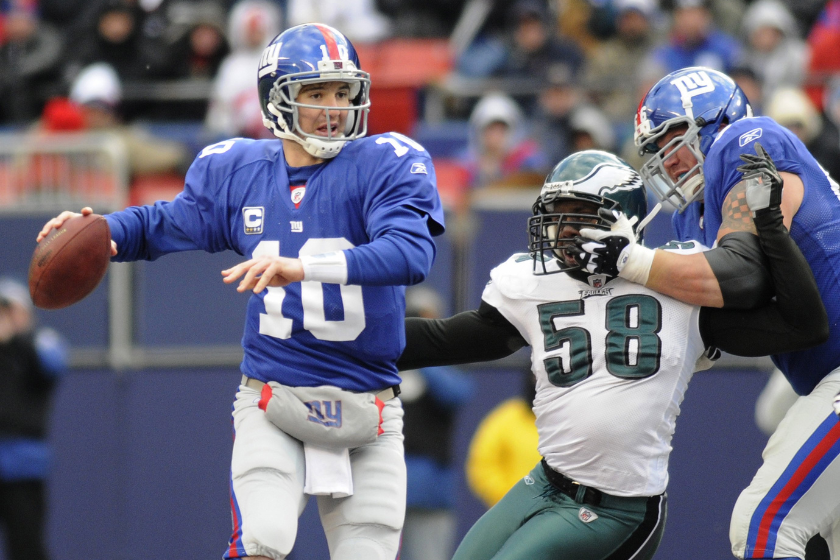 On the surface, this game might've meant more to the fans than the actual teams themselves. Clearly, that's not the case, however, there were plenty of headlines following this matchup between NFC East rivals.

Coming into the game, the Giants were 12-4 and favored to win this game to send them to the NFC Championship. That, however, wasn't the case.

In fact, the Giants' offense was so unable to score, two of their 11 points came from a safety, which was the result of McNabb being penalized for intentional grounding while in the end zone.

For the Giants, this was a heartbreaking loss. They were favored in the matchup, as they entered the playoffs 12-4, while the Eagles were 9-6-1. And while Giants fans had this week to be upset, the Eagles would lose the following week, making this game the final post-season win with Andy Reid and Donovan McNabb as part of the Philadelphia Eagles. 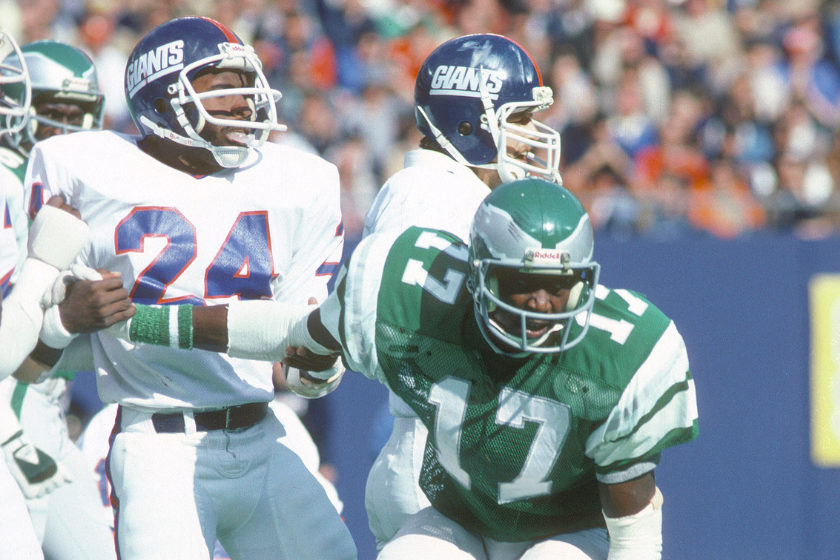 Off the jump, this game looked like one of the wildcard games that people are excited for going into it, and then by half-time, people are on their phones, hardly even watching the game unless an announcer makes a noise that sounds exciting. Sure, cell phones weren't as common as they are now, so back then, let's say they went to reading their newspapers.

Back to the game.

The Giants started this game out in dominant fashion, coming out to a 20-0 lead in the very first quarter. Two Scott Brunner touchdowns, followed by a Mark Haynes special teams fumble recovery in the end zone. Then,  the Eagles made a stride in making the game a bit more entertaining.

While the Eagles made a valiant effort of coming back, they just couldn't come up with the points in time. The Giants relied on fullback Rob Carpenter to run most of this game out, but he did so in record-like fashion. Carpenter set the franchise record for rushing yards, as he ran for 161 yards on 33 carries.

The Giants won this matchup 27-21, however, their playoffs would come to an end the following week, as they lost to the San Francisco 49ers 38-24. 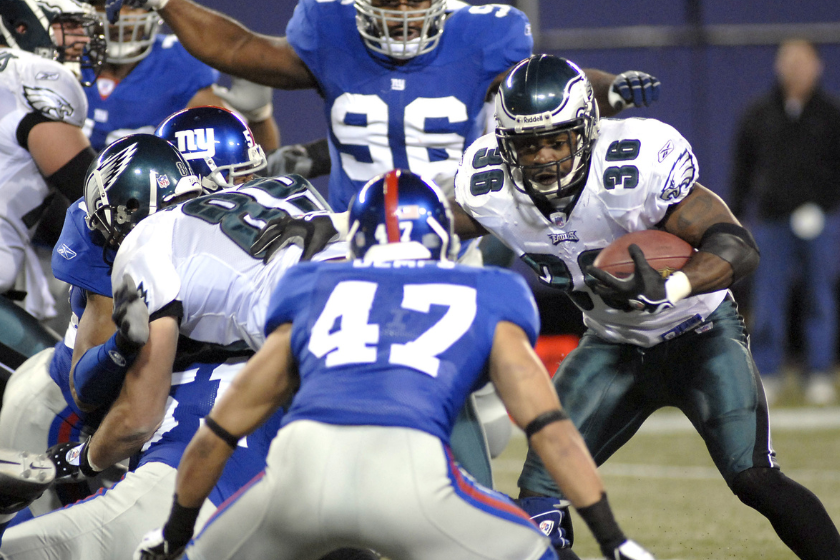 Donovan McNabb led the Eagles to a bleak 5-5 record, however, that's when he'd be on the end of a season-ending knee injury. At 5-5, the Eagles turned to 36-year-old Jeff Garcia, and while it might've happened due to miracles unknown to man, Garcia led the Eagles to a 10-6 record by the time playoffs came around.

This wild card game faced two teams who fought to be where they were: The Eagles fought back after losing their quarterback and starting a vet, while the Giants started their season hot at 6-2 and finishing 8-8. As was true for a couple post-season meetings between the two rivals, the rushing attack of each team was the highlight of the show. The Eagles had prolific Brian Westbrook, who ran for 141 yards and a touchdown, while the Giants had an equally impressive running back in Tiki Barber. Barber finished the game with 137 yards on 26 carries.

This game rings highest, as it was a game that truly came down to the last play.

Garcia and the Eagles led a five-minute final drive that only went a total of 46 yards.  Then, as time expired, David Akers kicked a 46-yard field goal to send the Eagles to the divisional round. That's where their post season would end, as they lost an equally close game to the New Orleans Saints 27-24.