Sigh. OK. You still want to play in a fantasy football league with kickers.

Over the years, the kicker position has gotten more removed from fantasy football. However, the baseline templates for leagues still include them. Outside of the top-of-the-line kickers, this position can get so erratic on a week-to-week basis that, again, they're starting to be filtered out. Hey--no one wants to lose a week because of a kicker!

However, there are still strategies to deploy when drafting a kicker.  No matter what, first and foremost, please don't draft one until the final two rounds. You should always reserve your last two picks for a kicker and a defense. No questions asked. Don't take Justin Tucker in Round 9.

From there, you want to measure how you select your kicker based on two crucial angles:

Sometimes it may not matter how good the kicker is. If the offense declines, the attempts will be fewer and far between.

Here, we have seven kickers to look at -- four studs and three duds. Considering these players all go toward the end of drafts, some of the studs may be obvious. Still, for the duds, we tried to target players we think will have a down year production-wise due to their offense in 2022. 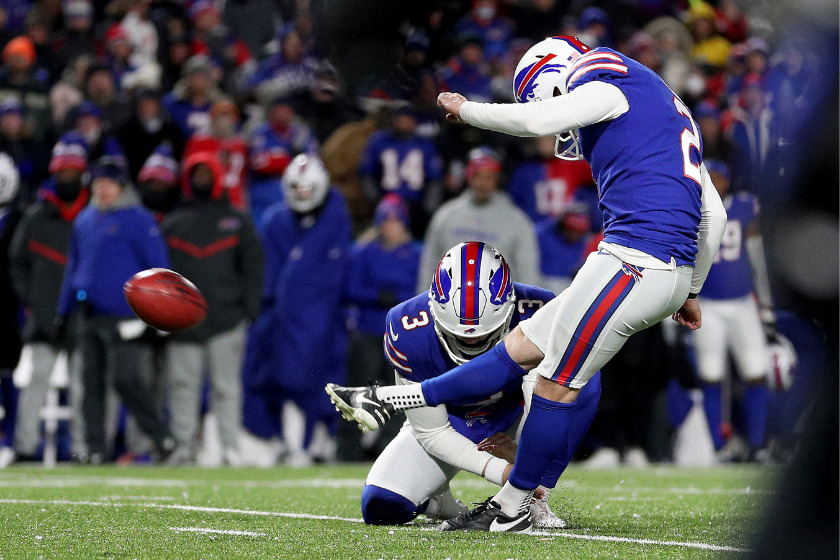 It'll come as no surprise, but Tyler Bass should be the consensus No. 1 kicker across all of fantasy land. Last year, the Bills kicker finished as the K11, but the Bills' offense looks like it has record-breaking potential heading into 2022.

Here are some notable betting odds pertaining to the success of the Bills, per DraftKings.

The bookmakers clearly believe the Bills will be a successful team, and a lot of that will come from the offense.  Bass will have plenty of opportunities to score at will. 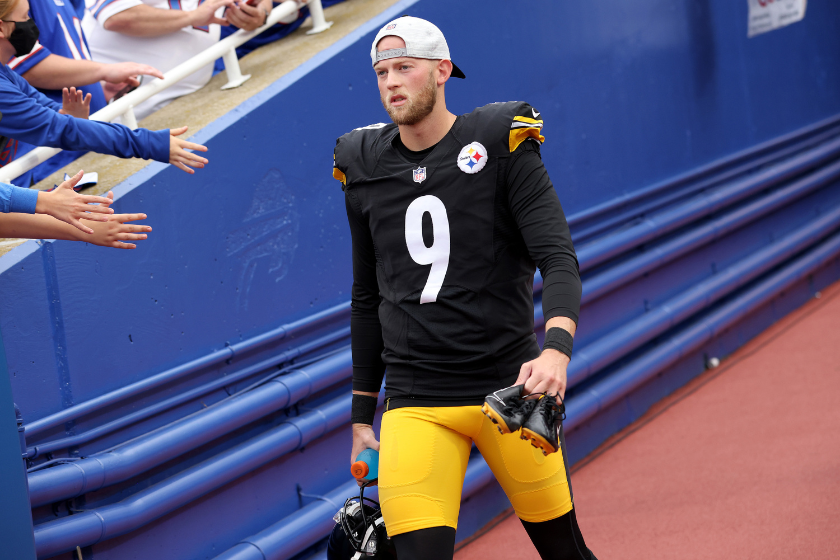 Averaging nearly 9.5 points per game in 2021 and finishing as a top-three kicker, you should expect less success for Boswell in 2022 with this new Steelers offense. Yes, Ben Roethlisberger was a shell of himself in 2021, but he could get the ball out quickly and allow his playmakers to do the work.

Heading into the season, the Steelers will likely start Mitchell Trubisky, and it's not exactly clear how much better he'll run this offense than Big Ben.  Right off the bat, the Steelers play some tough teams, including the Cincinnati Bengals, New England Patriots, Cleveland Browns, Buffalo Bills, Tampa Bay Buccaneers, Miami Dolphins, Philadelphia Eagles, and New Orleans Saints.  The New York Jets are mixed in there as well (Week 4), but even their defense should be improved.

The Steelers in 2022 will rely on Najee Harris even more. When you combine an offense that'll have trouble moving the ball through the air with one that's so reliant on the running game, you'll have fewer plays on offense overall while still having longer drives.

This will lead to fewer opportunities for Boswell and sink his value. 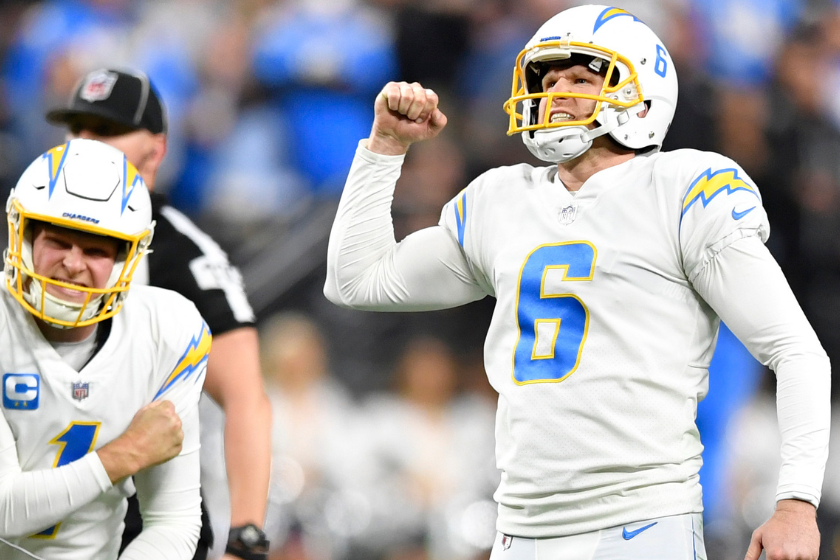 Suppose you're not someone who thinks Chargers quarterback Justin Herbert could challenge for the single-season records in pass attempts, completions, and yards. In that case, we'd advise you to rethink that position.

Not only will Herbert throw the ball all over the yard, but the No. 1 running back, Austin Ekeler, will help out with that and can run the ball effectively.  The Chargers offense will be right up there with the Bills and will carry Hopkins' value top inside the top three if not fight for No. 1. 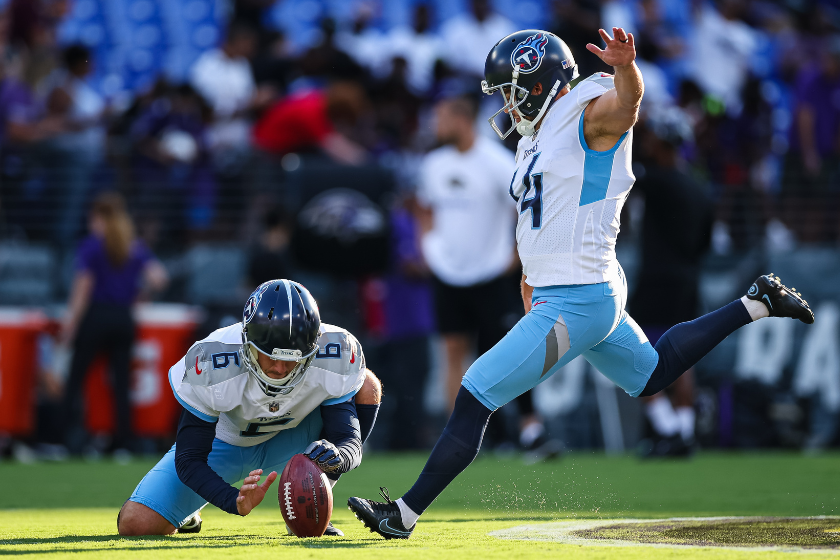 It seems like 100 years ago that the Tennessee Titans were the No. 1 seed in the AFC. But, as you know, that was just last season. In that time, a lot has changed with the team, including a weaker defense and fewer receiving options.

While we're hopeful for a good Robert Woods comeback story, he's not exactly A.J. Brown. Also, rookie wideout Treylon Burks appears to not be coming along as hoped, so this team will primarily rely on the production of an aging receiver coming off a torn ACL and, as always, running back Derrick Henry.

The Titans are in a similar position to the Steelers, but yes, Ryan Tannehill is far better than Trubisky.  Even in 2021, Bullock was a middle-of-the-road kicking option. In 2022, he'll fall even further. 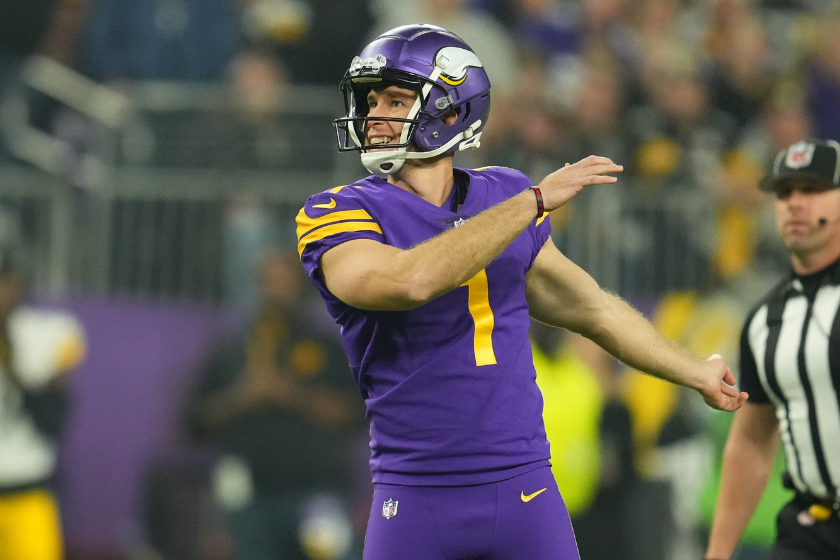 The hype around new head coach Kevin O'Connell and the potential for this offense is at an all-time high. While he's never the flashiest player, quarterback Kirk Cousins gets it done, statistically speaking.

We can talk about real-life accolades, but that's irrelevant in the world of fantasy football. Cousins will have a host of weapons at his disposal, including the stud wideout Justin Jefferson, Adam Thielen, Irv Smith Jr., K.J. Osborn, and an elite running back in Dalvin Cook.

We can debate about Cousins, but when you look solely at the weapons, this may be one of the best units in all of football. In addition to the offense, the Vikings play at home inside a dome, so Joseph won't need to worry about inclement weather later in the year except for road games. Joseph finished as the K6 last year, and you can expect that again in 2022. 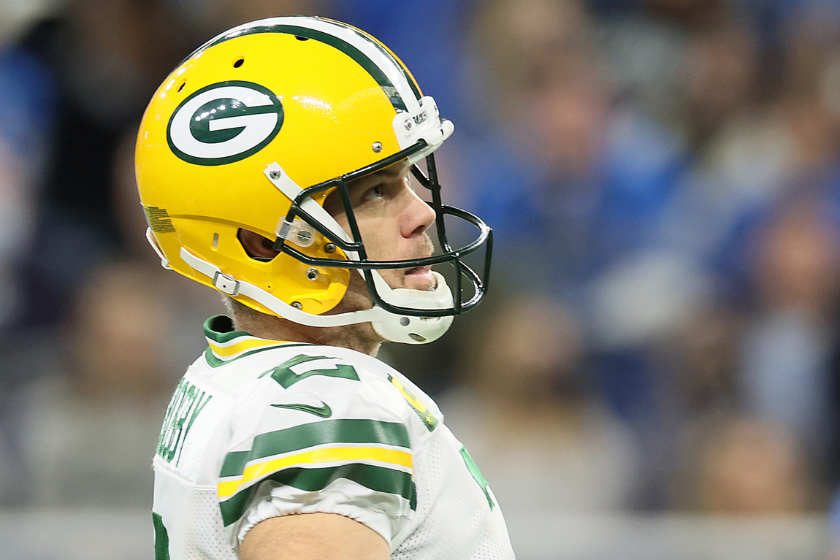 After finishing as the K15 in 2021, things may only go down from here for the veteran kicker Crosby. In 2021, Crosby struggled with accuracy, only making 73.5% of his kicks -- the lowest of his career.

While we'll never count out the Packers offense with Aaron Rodgers at the helm, overall, it'll take on a new look and be more focused around running backs Aaron Jones and A.J. Dillon. 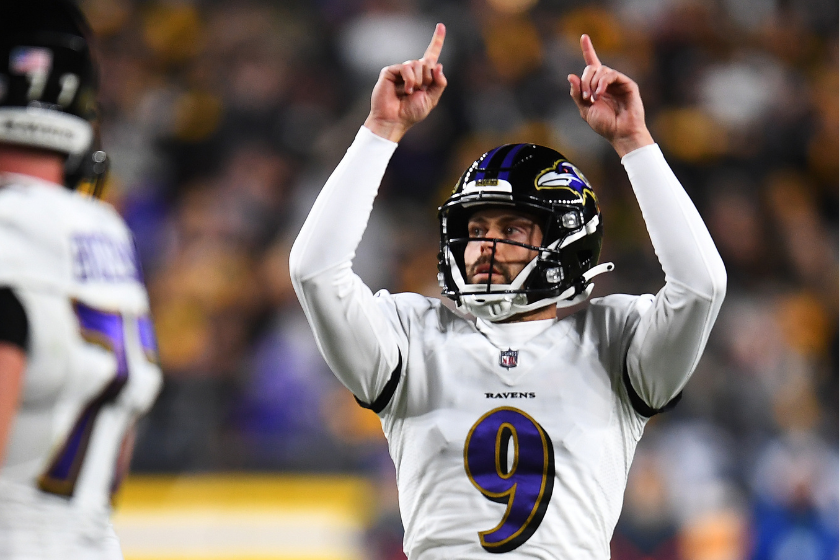 This one is simple: He's the best kicker to ever exist.

MORE: No One Will Out-kick Justin Tucker for the Longest Field Goal in NFL History