Former running back Fred Taylor deserves more credit than he gets sometimes, especially now that that Jacksonville Jaguars are back in the playoffs. Whether it was in an SEC matchup as a member of the Florida Gators or in a playoff game during his tenure in the National Football League, all he did was rack up yards, score touchdowns and etch his name in the history books.And according to his net worth, he made plenty of money along the way, too.

Although he rushed for over 11,000 yards with the Jacksonville Jaguars and New England Patriots, Taylor was never really seen as a superstar football player; Only being named to one Pro Bowl is proof of that. However, his college football and 13-year NFL career is certainly memorable and fans have long fought for his induction into the Hall of Fame in Canton, Ohio.

Similarly, Taylor believes he belongs in the Pro Football Hall of Fame one day. While that is certainly up for debate, there's no denying the millions he made on the gridiron. 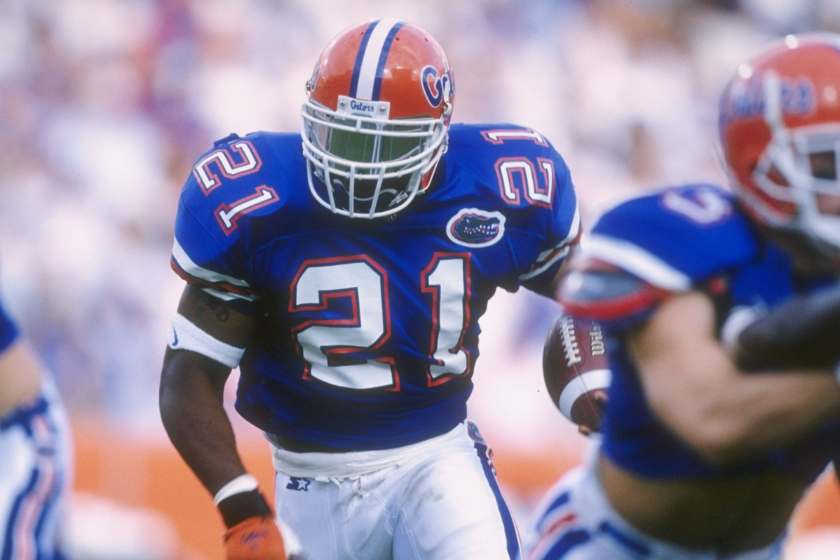 RELATED: Errict Rhett is Florida's True Rushing King, But Where Is He Now?

Fred Taylor, whose full name is Frederick Antwon Taylor, was born in Pahokee, Florida. He was raised primarily by his grandmother and attended Glades Central High School in Belle Glade, Florida. He was a linebacker to start his prep career before switching to running back and truly making a name for himself.

Taylor took his talents to Gainesville and helped head coach Steve Spurrier's Florida Gators win three SEC championships and a national title. The standout running back missed significant time during his sophomore and junior seasons, but was an All-SEC selection and Third-Team All-American as a senior.

Still, he racked up 3,075 yards and 31 touchdowns in college. He also had 67 catches for 717 receiving yards, too. There's no doubt those numbers would be even higher if he was the featured back (he didn't start until he was a senior) or played every game, including missing time for buying pizza with a stolen credit card and throwing eggs at a house, according to The Los Angeles Times. 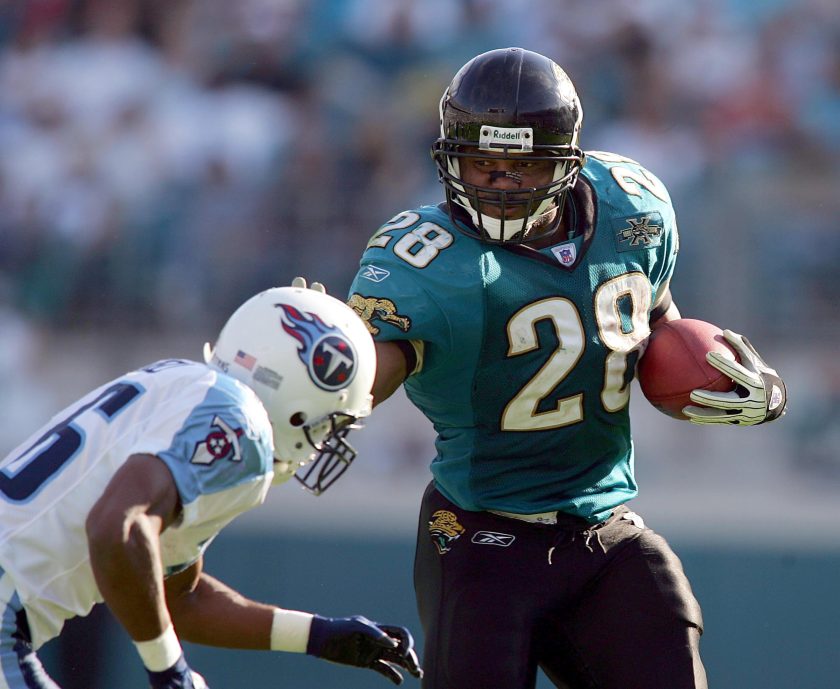 After a breakout senior year, Fred Taylor became the ninth-overall pick in the 1998 NFL Draft by the Jacksonville Jaguars. He rushed for 1,223 yards, added 421 receiving yards, and scored 17 total touchdowns as a rookie. He was on his way to greatness, but he couldn't stay healthy.

Taylor earned the nickname "Fragile Fred." He only played 16 games in a season twice over his career. But when the American football player was on the field, man, he was electric and certainly got paid for it.

According to Spotrac, Taylor earned nearly $41 million in his career with the Jags and Tom Brady's New England Patriots, including a hefty signing bonus with each contract.

Taylor, the cousin of former NFL wide receiver Santonio Holmes who paved the way for Maurice Jones-Drew's success, finished his career with 11,695 rushing yards and 66 touchdowns. He eclipsed the 1,000-yard mark seven times in his career, but he only received one Pro Bowl and one Second-Team All-Pro selection back in 2007. While MJD was able to pick up Taylor's mantle in Florida, the Jags legend also paved the way for Adrian Peterson and other powerful rushers.

And although he never won a Super Bowl, Fred Taylor still remains in many fans all-time rankings. Seriously, when a guy can torch the Bengals, Chargers, Colts, Dolphins and Titans whenever he wanted, Taylor was always going to be a fan-favorite.

He was the second-ever member of the "Pride Of The Jaguars" in Jacksonville, where he worked part-time with the NFL team's broadcast department.

He was a prominent member of Brandon Marshall's "I AM ATHLETE" podcast alongside Chad Johnson and Channing Crowder, but he's moving on to a new podcast with Crowder and Ryan Clark in 2022 called "The Pivot Podcast." 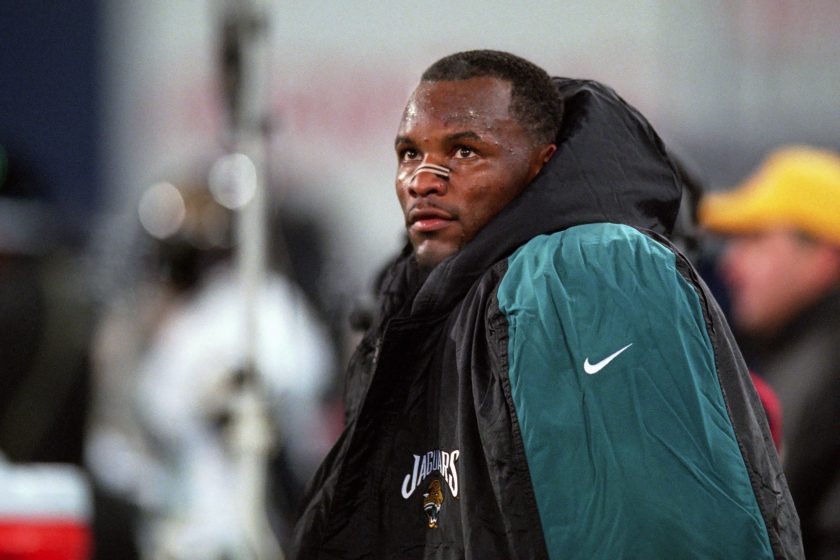 Back in the late 1990s, Fred Taylor was a victim of a scam by his former agent Tank Black. Black reportedly lost $3.6 million of Taylor's money, according to Yahoo! News.

Black went to prison and Taylor didn't speak with him until he called him in 2012.

That's in the past now, and there was definitely a lot more money and bright spots to come. in fact, Fred Taylor's net worth is rarely discussed. 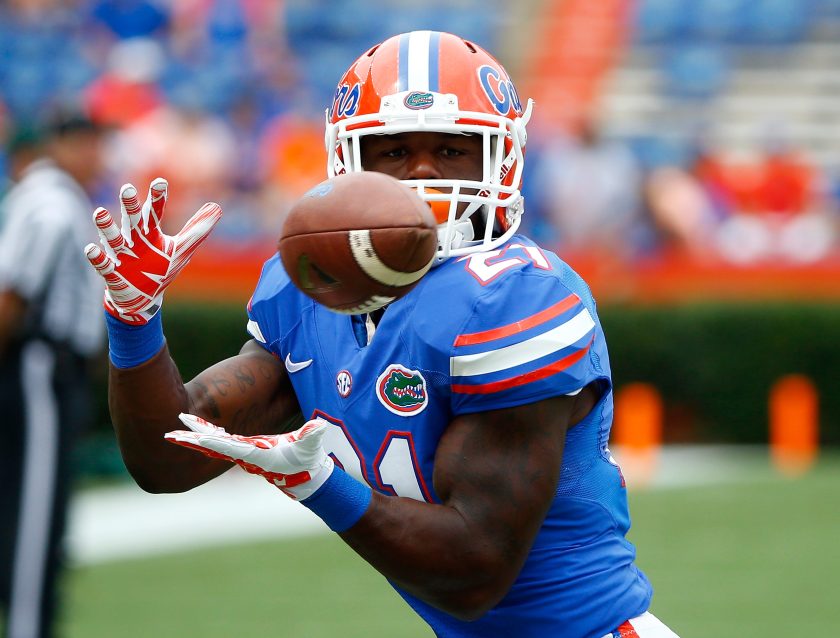 Former NFL running back Fred Taylor wasn't the only great rusher in the family. His son, Kelvin Taylor, was an absolute stud as well.

Kelvin Taylor broke Emmitt Smith's Florida high school career rushing record, starred at the University of Florida and was a sixth-round pick in the 2016 NFL Draft.

Taylor has struggled to find his footing as a professional football player. He has spent time on the rosters of the San Francisco 49ers, Seattle Seahawks, Kansas City Chiefs, Atlanta Falcons, Cleveland Browns and the AAF's Orlando Apollos. 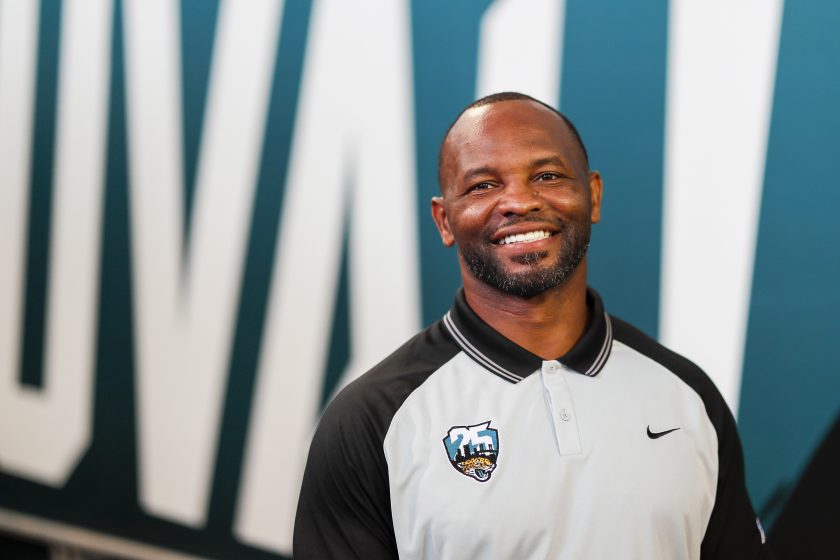 According to Celebrity Net Worth, Fred Taylor's net worth is estimated at $12 million. That's a lot of money for anyone, and it's well-deserved for one of the most underrated NFL players in history.

MORE: Tim Tebow's Net Worth: How Faith and Football Made a Millionaire