Herman Moore Was an Elite Receiver in the ’90s, But Where is He Now? 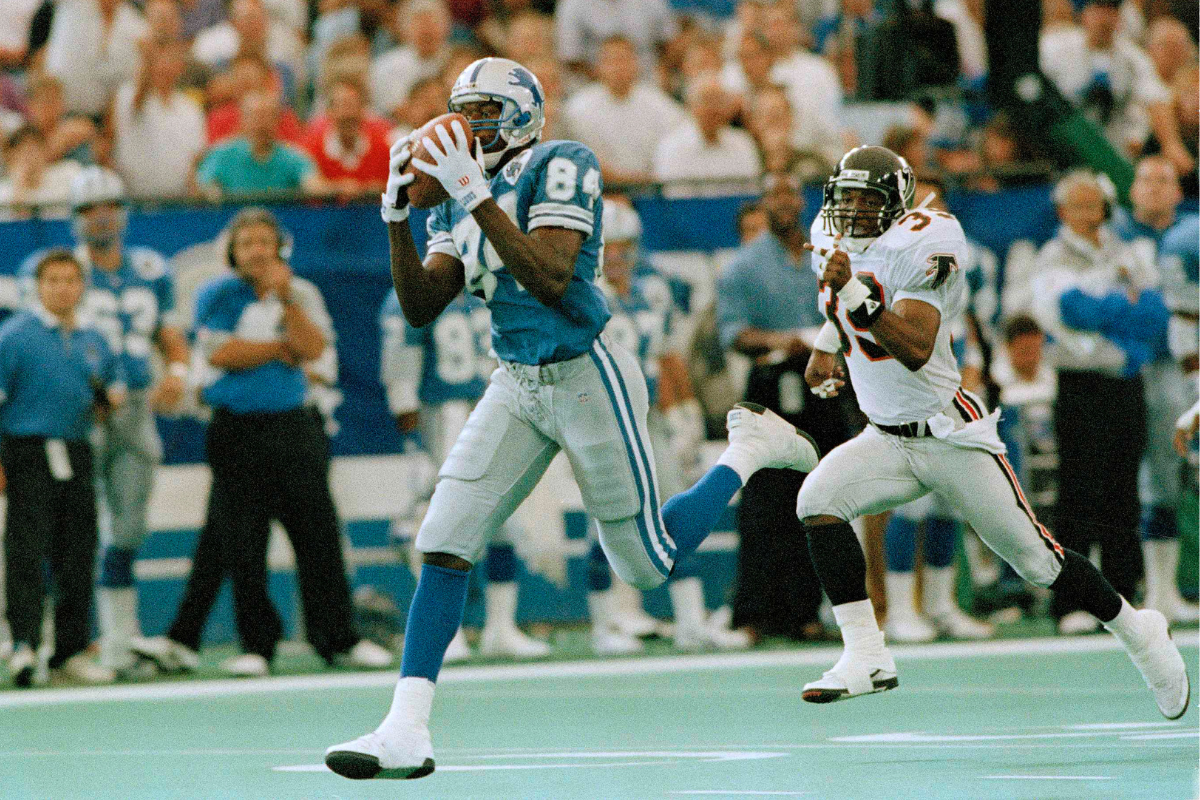 When you think of NFL wide receivers from the 1990s, you might think of names like Jerry Rice and Michael Irvin. However, under the radar there was Herman Moore. There’s a reason why he may have flown under that radar. He was a Detroit Lions wide receiver, after all.

It’s been decades since Detroit was a leading light of the National Football League, and Moore was always overshadowed by running back Barry Sanders, who ran his way to the Pro Football Hall of Fame, presumably while juking out five defender en route.

Nevertheless, to football fans from Michigan, Moore is a Lions legend. For the uninitiated, here’s a look at the retired football player’s quietly impressive career and also where he is today.

RELATED: Barry Sanders Retired in His Prime, But Why Did He Do It?

Herman Joseph Moore was raised in Virginia and decided to stay there to play his college football, attending the University of Virginia to catch passes for the Cavaliers. In 1990, he was a consensus All-American, which paved the way for him to become a first-round pick (10th overall) in the 1991 NFL Draft.

That wasn’t a particularly good draft, and you could make an argument Moore was the best pick of the first round. You can’t call him the best pick in the draft, though, as the Atlanta Falcons took a quarterback named Brett Favre in the second round. He obviously went on to have quite the career with the Lions’ rival Green Bay Packers.

The 6-foot-4 Moore was barely involved in the Lions’ offense as a rookie in 1991, but he became a real weapon in 1992, when he totaled 51 catches for 966 yards. The 1994 season saw Moore finish with over 1,000 yards for the first time in his career, and he also posted 11 touchdowns for good measure. That year, he made his first Pro Bowl as well as the second-level All-Pro team.

Lions fans love Herman Moore, but is there a more underrated guy league wide. He should get some hall of fame attention, but I never hear his name mentioned. Moore was an absolute stud. pic.twitter.com/52uddRwRDH

Then, from 1995 through 1997, the Lions receiver was a first-team All-Pro year in and year out. The 1995 campaign was one to remember, as Moore caught a league-leading 123 passes for 1,683 receiving yards and 14 TDs. The 123 receptions was a single-season NFL record that stood until Marvin Harrison broke it in 2002. Moore’s personal peak came against the Chicago Bears in December, when he boosted his totals with 14 catches for 183 yards.

Moore dip back under 100 catches and 1,000 yards in 1998, but he still finished with 82 catches for 983 yards. This was basically the beginning of the end. Moore was a blip on the radar from 1999 through 2001, and then in 2002 he tried to hang on with the New York Giants. He played in just one game with the team before his NFL career came to an end.

After kicking around in retirement for a while, Moore decided to get into the world of business. He’s the CEO of Team 84, a marketing and advertising company based in Metro Detroit named after the number he wore with the Lions. The former NFL receiver has set down routes in the Motor City, where he lives with his wife Angela and his sons Aaron and Ashton.

Was he Jerry Rice? No, but Herman Moore retired as a three-time member of the first-team All-Pro squad and was a four-time Pro Bowler. For three years in a row he had over 100 catches, and he was the first player to do that after Rice. That includes making NFL history in 1995 when he had 123 catches. Plus, that was with Scott Mitchell as his quarterback!

Moore held basically every Detroit Lions franchise record for receiving until Calvin Johnson came around. There wasn’t much playoff success for the Lions when Moore was there?when has there ever been in Detroit??but Moore did his best then, and he’s doing his best as a businessman now.

Forward down the field, indeed.