FitzMagic is Over: Jameis Winston Gets Tampa Bay Starting Job Back 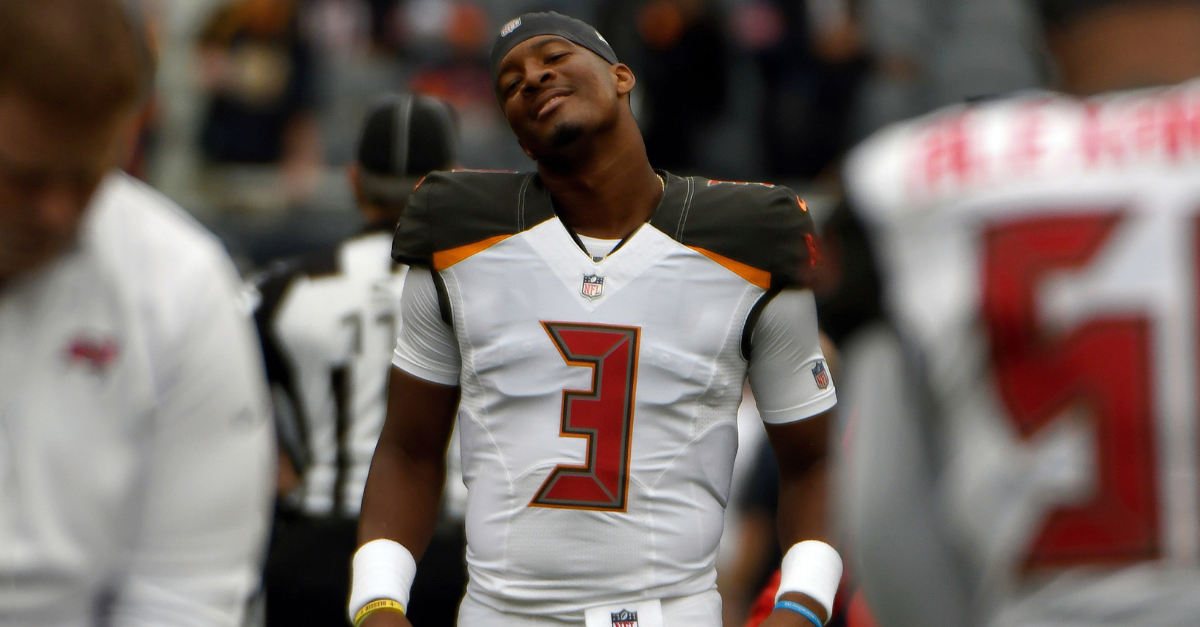 The Tampa Bay Buccaneers might not have a game next weekend, but head coach Dirk Koetter already knows which quarterback will start Week 6 against the Atlanta Falcons. Big hint: It doesn?t include any FitzMagic.

It doesn?t matter that Ryan Fitzpatrick became the first player in NFL history to throw over 400-plus yards in three consecutive games to start a season. A dismal first half against the Chicago Bears by the bearded one ? a game the Bucs got torched 48-10 ? and a solid second half by Jameis Winston means it?s officially time for a change.

So long, cool beard shakes. The former No. 1 overall pick in the 2015 NFL Draft has his starting job back.

When we return to game action in Week Six after our bye, Jameis Winston will be our starting quarterback.#GoBucshttps://t.co/qlF7P01Owx

The veteran Fitzpatrick, who completed 9 of 18 passes for 126 yards with no touchdowns and one interception, was replaced by Winston, who played for the first time in 2018 following a three-game suspension for violating the league?s personal conduct policy for an off-field Uber incident that remains ongoing, at halftime of the NFC battle.

In his return, the 24-year-old Winston completed 80 percent of his passes (16-for-20) for 145 yards with one touchdown and two interceptions.

A little rocky? Sure, it?s understandable why Winston was rusty, but the second-half production in the blowout loss was good enough for Koetter to make the switch for good on Monday and prompted the head coach to say Winston ?will be here way longer than I will and he needs to be playing.?

Koetter: Jameis Winston is a guy who will be here way longer than I will and he needs to be playing.

If that seems like an odd statement, it is. Fitzpatrick taking the news was all class, though.

?I told my dad I was either going to be the MVP or on the bench? ? Ryan Fitzpatrick, via The Tampa Bay Times

Although the decision to roll with Winston after the bye week on the road in Atlanta on October 14 has been made, nothing is guaranteed. Perhaps the Bucs will need to go back to Fitzpatrick.