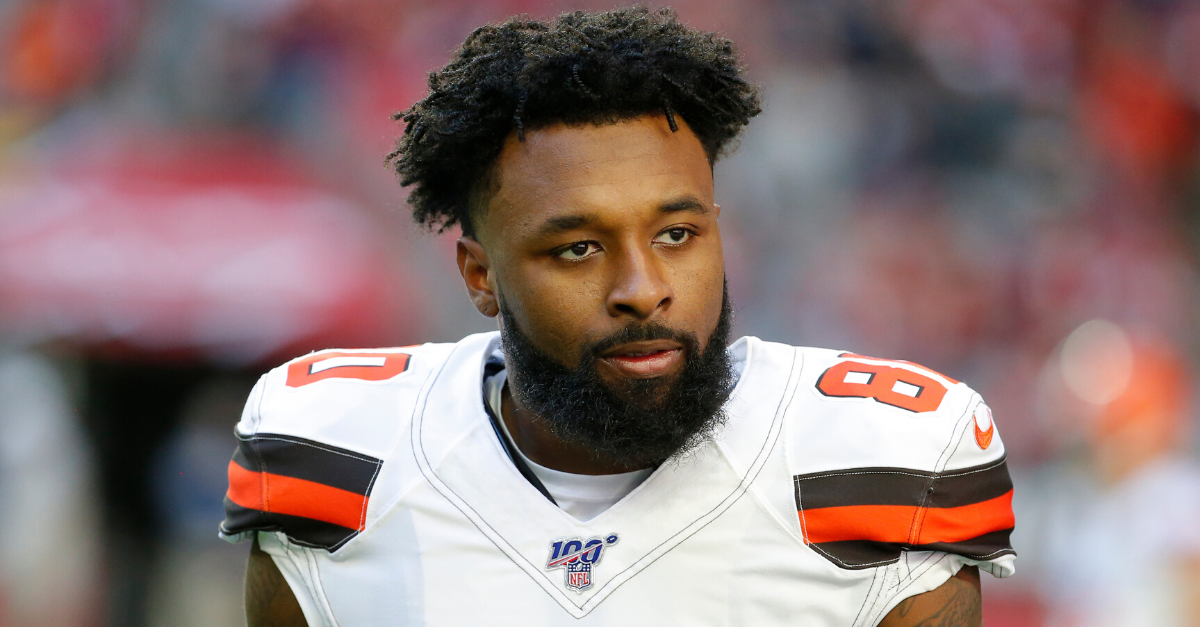 Ever since he entered the NFL, wide receiver Jarvis Landry has never missed a game. Not a single one. This season hasn?t gone like the Cleveland Browns hoped, but the Pro Bowl pass catcher has no intention on sitting out now, even if he?s injured.

It?s been a solid year for Landry, who is in his second season in Ohio after playing four years for the Miami Dolphins. Through 15 games, he?s caught 81 passes for 1,092 yards and five touchdowns. He?s set a career-high in yards per reception. However, it?s even more impressive when you realize he?s battled through a back injury the entire season.

According to USA Today, Landry was ?diagnosed with a fractured bone at the base of his spine early in the summer.? His practice time has been limited and he might even need offseason surgery.

Playing through pain is an understatement, but he?s still going to suit up and play Sunday against the Cincinnati Bengals in the regular-season finale.

This makes his 1000+ yard season even more impressive. pic.twitter.com/fHQsLC7AMD

Perhaps a back and hip injury to the 27-year-old Landry is part of it. The Browns receiver, a former second-round pick in the 2014 NFL Draft, knew he was hurt during training camp and the preseason.

?Just talking to the doctors and the early scans from OTAs, I began with a fractured sacrum and then, from there, everything else just kind of started going bad.

?My hip has been bothering me since then and it?s definitely been a battle. I wouldn?t say it?s gotten worse ? I?d call it nagging ? but it definitely is not getting better.?

The Browns aren?t going to the NFL playoffs. All that?s left is an AFC matchup against the lowly Bengals to end the last week and season on a high note. Landry absolutely plans to be part of it, too.

?We owe it to each other to go out there one last time for this season and compete to win,? he said. ?The work we?ve put in together, collectively as a group, we owe it to each other. I think doing the right things throughout the week has allowed me to get to Sunday and just give the best that I have.?