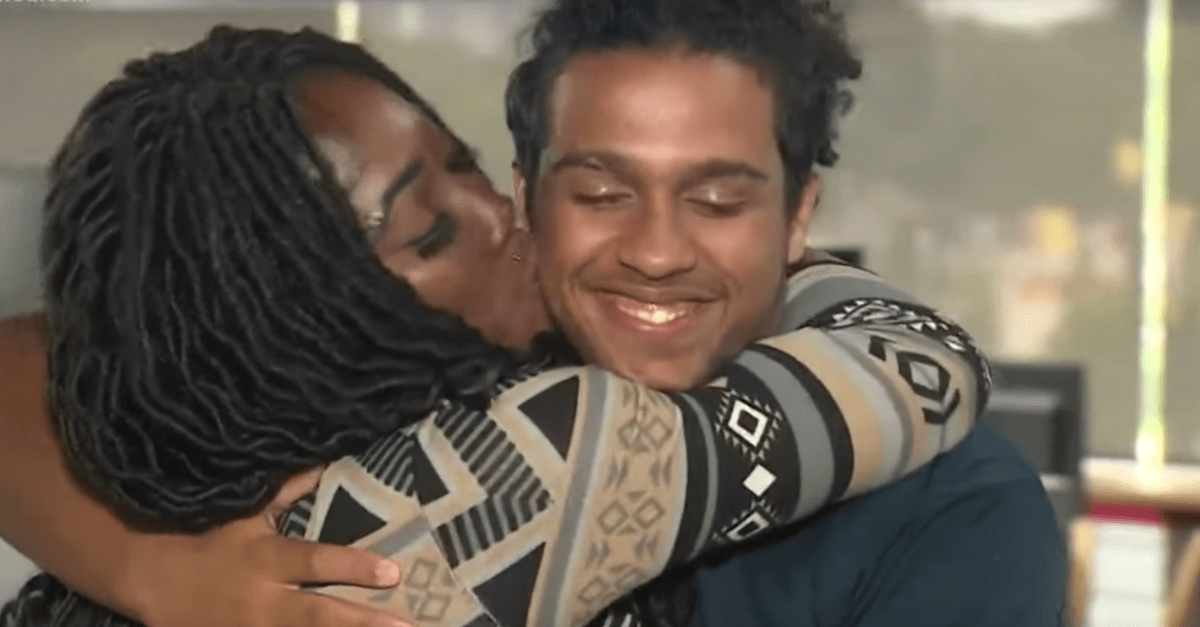 Whether it?s on the football field or in the game of life, Houston Texans quarterback Deshaun Watson is a winner. He?s obviously talented, but there?s something more that makes him special. What he?s doing for a local teenager is yet another example of his brilliance.

It?s time for the world to meet Jayden Payne, a 16-year-old football star for Aldine High School and local hero for a mother and her 2-year-old daughter in the community.

Last week, Imelda?s flooding hit Houston hard. All Vinitta Williams was trying to do was pick up young Ava from daycare and take her home. But the rain kept coming, and the storm swept Williams? car and it started to sink.

Luckily, Jayden Payne and his mother were close by and saw the whole thing. So the star tight end dove in to help, rescuing the mother and her child. The story then got back to Watson, and he invited Payne to the upcoming Texans game against the Carolina Panthers at NRG Stadium.

A local high school student saved a mother and toddler from drowning in floodwaters.@deshaunwatson has invited the teen to Sunday's game as his special guest.

What an amazing story. Seriously, how incredible is that a 16-year-old kid risked his own life to save the life of two others? It doesn?t get much better than this. The Houston Texans tickets to this Sunday?s game are clearly a bonus because the details of the story, as told exclusively on KHOU-11, sound like something straight from a horror movie.

?The whole street was just submerged in water,? Payne said. ?Cars couldn?t drive through it.?

Williams? SUV ended up being submerged in a ditch last Thursday, and young Ava was strapped in the back seat. The doors wouldn?t open and the water came flooding in.

Once Payne saw it sink, he ran to help. The high school football player took off his jacket and shirt, and dove into the floodwaters. He suddenly became Williams? guardian angel and hero.

?We wouldn?t be here if it wasn?t for him,? Williams added. ?If he wouldn?t have jumped in the water and pulled us out, we would not be here.?

Texans QB Deshaun Watson ? the reigning AFC Offensive Player of the Week for his performance against the Los Angeles Chargers ? called Payne ?a real life hero? on social media and invited him to to be the special guest for the Texans-Panthers game this NFL Sunday.

A lot of people at the stadium will be wearing a Watson jersey. And if you don?t have one, it?s time to add to your collection. Perhaps one day a Jayden Payne jersey will be available, too.