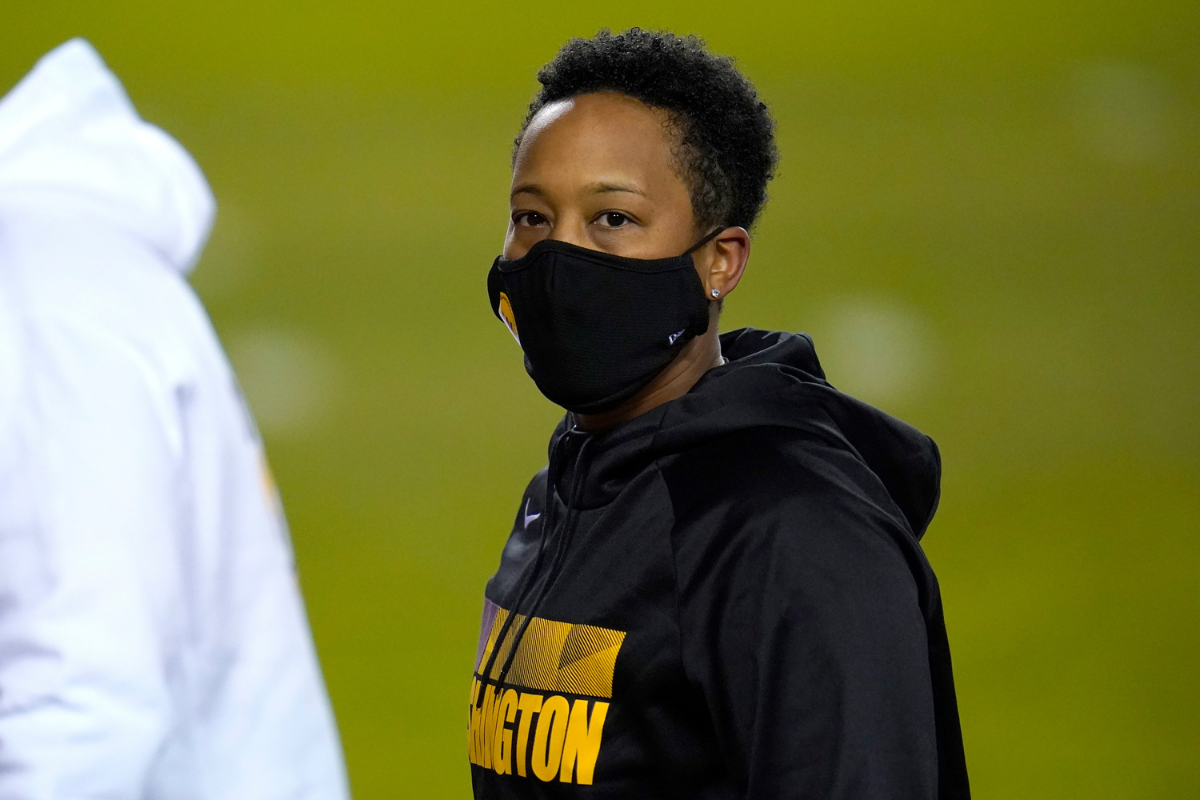 Like it or not, women are slowly being integrated into professional sports leagues previously dominated by men. San Francisco 49ers assistant coach Katie Sowers made history when she became the first female and openly gay coach in Super Bowl history. San Antonio Spurs assistant coach Becky Hammon blazed trails in the NBA by becoming the first female full-time assistant in NBA history. Just last year, the New York Yankees hired one of the first full-time female coaches in MLB history.

Specifically in the NFL, there just aren’t as many women on the sidelines as there should be. There are also aren’t many Black head coaches in a league despite a wide majority of its players being Black.

Jennifer King is tackling both issues while breaking barriers.

The Redskins have named Jennifer King as a full-year coaching intern. King is the first full season African American female coach in the NFL. (via @redskins) pic.twitter.com/OuD411hqSr

The Washington Redskins announced in February 2020 they hired King as a full-year coaching intern, making her the first full-year female African American coach in NFL history.

King previously interned with the Carolina Panthers during the 2018 and 2019 offseason as an assistant wide receivers coach and assistant running backs coach.

After former Panthers head coach Ron Rivera joined the Redskins, he brought her on the offensive staff for a full year in Washington, where she’d work with running backs coach Randy Jordan.

“Jennifer is a bright young coach and will be a great addition to our staff,” Rivera told NFL.com. “Her familiarity with my expectations as a coach and my firsthand knowledge of her work ethic and preparation were big factors in bringing her to the Redskins.”

King isn’t the first female African American coach to roam and NFL team’s sideline. Collette Smith made history with the New York Jets in 2017 when she coached in training camp, according to ESPN.

King, however, worked throughout the year. The Washington Football Team lost to the Tampa Bay Buccaneers in the NFL playoffs.

Then, in January 2021, King made history again.

From intern to full-time, @JenniferKing5 put in the work and earned her spot

Jennifer King is no longer an intern for the Washington Football Team. Her hard work has paid off and she was promoted to the full-time assistant running backs coach position by head coach Ron Rivera.

King is the first Black woman to be a full-time offensive assistant in NFL history.

“I’ve kind of become well-rounded in offense, just working with different positions has definitely helped,” King said. “You can use something from other positions as you move along to the new positions as well.”

The NFL had six female coaches in the playoffs during the 2020-21 season, including the Cleveland Browns.

Who is Jennifer King?

The AAF is over, but her coaching career is not. Meet Triad Native Jennifer King (@JenniferKing5) who's breaking down barriers for women in Football, all while pursuing her dream of coaching! @WXIISports @WXII pic.twitter.com/80YRv3W8DB

King hasn’t been on the sidelines her entire football career. She was actually a star football player herself.

Playing for the Carolina Phoenix football team of the Women’s Football Alliance from 2006-17, Jennifer “Jet” King was a seven-time All-American quarterback and receiver for her team. She also played defensive back for the New York Sharks and won the 2018 WFA National Championship before playing for the D.C. Divas in 2019.

King’s coaching experience is even broader.

She’s worked as an offensive assistant with the wide receivers for the Ivy League’s Dartmouth College in 2019. Before the Alliance of American Football collapsed, she served as a special teams assistant and assistant receivers coach for the AAF’s Arizona Hotshots.

Football isn’t all she knows, either. King an assistant women’s basketball coach at Greensboro College, and was the head coach of the Johnson & Wales University Charlotte basketball team from 2016-18. She coached the team to a USCAA Division II National Championship in ’18, earning Coach of the Year honors that year.

King attended Guilford College, where she studied sports management and played NCAA women’s basketball and softball from 2002-06. She also earned a Master’s of science in sports administration from Liberty University.

The NFL will have a female head coach one day. Could it be Jennifer King?

This post was originally published on February 12, 2020 before updating.