Brace Yourself, Haters: More Women Will Be NFL Coaches Sooner Than You Think 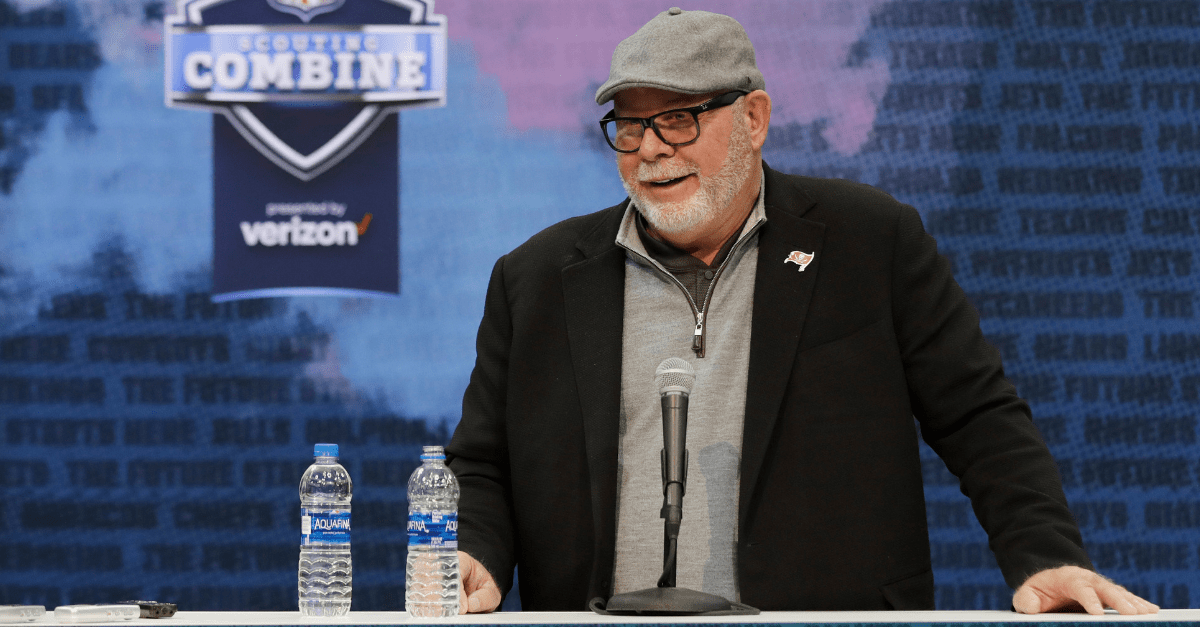 For anyone who believes football is only for men hasn?t been paying attention at all or simply doesn?t want to admit change is happening. Just in the past couple of months, Sarah Thomas became the first female official in the playoffs in NFL history, Samantha Gordon was the brightest star in the Hall of Fame-worthy NFL 100 commercial, and Toni Harris signed a full college football scholarship. A woman coach is next.

As over 330 NFL Draft prospects were competing at the NFL Scouting Combine at Lucas Oil Stadium in Indianapolis, Tampa Bay Buccaneers head coach Bruce Arians made it crystal clear that more women will coach full-time in the NFL sooner than many think and some even want.

At the end of the 3rd Annual Women?s Careers in Football Forum, Arians told Melissa Jacobs of The Football Girl (TFG), that he plans to create a full-time coaching position designated for a woman, and it could happen this season.

One significant NFL combine leftover: @BruceArians told me he plans to create a full-time coaching job designated for a woman. Feels pool is wide enough, wants to ensure diversity. https://t.co/T3LHP6RuIU

The 66-year-old Arians, who was hired by the Bucs this offseason, is no stranger to having a female on staff. After all, he hired Jen Welter, the first-ever female NFL coach, during Arizona Cardinals training camp back in 2014.

According to TheFootballGirl.com, this was all prompted for Arians after San Francisco 49ers offensive assistant coach Katie Sowers attempted to ask, ?Why is she the only full-time coach? Why can?t these internships convert into permanent work??

Although women have held a variety of roles in the NFL over the years ? Sowers, for example, is in her third season under Kyle Shanahan ? this would definitely be next level. It would be the football equivalent of Becky Hammon, the assistant coach of the NBA?s San Antonio Spurs, and it would be awesome.

Arians surely won?t be the only head coach to hire a female assistant coach, but he would be the first. Judging by TFG?s story at the NFL Combine, it appears Buffalo Bills head coach Sean McDermott, Carolina Panthers head coach Ron Rivera, and Baltimore Ravens John Harbaugh would all be open to the idea to have a female coach on their coaching staff, too.

?It?s a new frontier. You?re pioneers, and the next generation coming behind you guys is going to step right in your wake. I think the doors are going to be wide open. So I think coaches like us want to be on the cutting edge of that,?

Here?s what should happen: A woman should have the opportunity to be a coach in the NFL.

Here?s what shouldn?t happen: Having a special position created for a woman.

If someone is qualified ? male or female ? they should get the job. Plain and simple. This should not be used as a publicity stunt, but as a real avenue for equal opportunity and inclusion.

This obviously will not set well with some, but the haters need to get ready, because a female coach is going to happen much sooner than perhaps they would like.