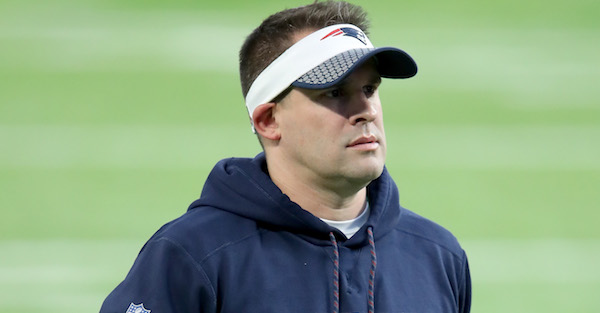 New England Patriots offensive coordinator Josh McDaniels is taking some major flak from just about everyone except Patriots fans. That’s all due to his backing out of the Colts head coaching job, but it could have more unintended consequences than people believe.

ESPN’s Mike Reiss suggests that it could actually mean that head coach Bill Belichick is destined to stick around with the team for the foreseeable future. And according to other reports, Belichick is apparently approaching this offseason like any other and not like a man who might be retiring.

He goes on to say that the 66 year-old coach is likely on a year-by-year basis after 2018 though. However, that could mean McDaniels is set to become the heir apparent for Belichick down the road whenever he decides to retire. With McDaniels coming back, Belichick also gets to keep his special teams coordinator (most likely) in Joe Judge who was set to go to the Colts as well.

The pieces are in place to last a few more seasons should Belichick want to coach that long and the continuity would be there for after he’s gone as well in this case.