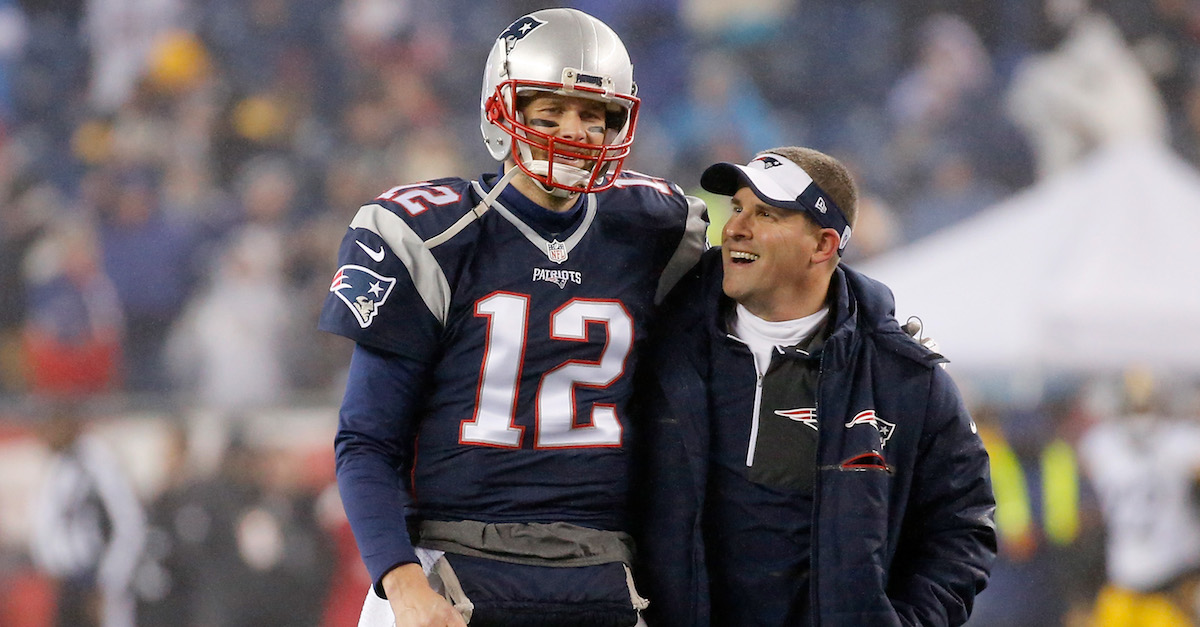 That decision caused an uproar on his coaching future, with his agent eventually leaving McDaniels with the idea that he may never find another head coaching job again after his debacle with Indianapolis.

FWIW: I asked a handful of execs how much Josh McDaniels’ spurning of the Colts would hurt him in attaining a future non-Pats head coaching gig. The unanimous answer: Not at all. Offensive coaches, ones who can coach QBs, are simply too valuable.

Apparently there is no “agreement” in place for McDaniels to take over as Patriots head coach once Bill Belichick is done, leaving his options endless.

McDaniels has been tight-lipped about the situation since his return to New England, but according to at least a handful of execs, the frustration around McDaniels seems have died down a bit.