In a league inundated with question marks, the Kansas City Chiefs came out Week 1 on a mission to remind the world who they are and why you'd be foolish to underestimate them this year. Despite the commentators, pundits, and NFL fans chatter over where they thought KC would likely finish this season *cough* fourth in the AFC West (are you kidding me?), Chiefs Kingdom knew that the gains made in the offseason made them more dangerous than ever.

From the jump Sunday, Mahomes was, as I like to say, Mahomes-ing ( I mean come on, the man deserves to be a verb). The first drive of the game Mahomes led the offense down the field to deliver a touchdown pass to who else, the league's No. 1 ranked tight end in Travis Kelce. Patrick went on to throw five touchdowns and 360 yards to deliver a dominant 44-21 win against the Arizona Cardinals. The young, record-breaking QB looked strong, patient, accurate (76.9-percent completion rate) and as swaggy as ever.

The Chiefs Deliver Without Hill 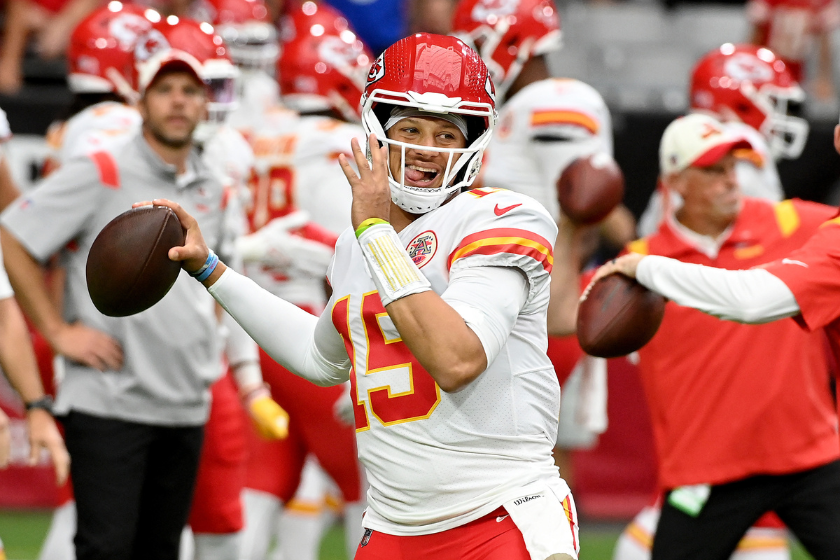 But...But...But, what about a Hill-less offense? Oh My! How on earth will the Chiefs survive without Tyreek Hill? I'll tell you how in case you missed Kansas City's declaration of excellence Sunday afternoon. The Chiefs offense is more unpredictable than ever, thanks to a, what feels like, endless arsenal of scoring weapons. Want to run the ball, give it to Pacheco or Edwards-Helaire. Patrick, you could throw it to them too if you'd like. Want to throw it deep, find the numbers, No. 87 (Kelce), No. 9 (Smith-Schuster), No. 17 (The Jet Hardman), No. 24 (rookie Skyy Moore) No. 11 (Valdes-Scantling) - do you want me to keep going?

Ok, so the offense proved to be back with a ferocious vengeance. What about the Chiefs defense that struggled last season? In Spags, I Trust. Never doubt Spags (defensive coordinator Steve Spagnuolo) or his vision for this year's defense and luckily with additions like rookie defensive end George Karlaftis, former Texan Justin Reid, plus the leadership of Chris Jones and a leaner & meaner Frank Clark, this season's D looks straight up nasty.

Defense and Special Teams Get An Upgrade 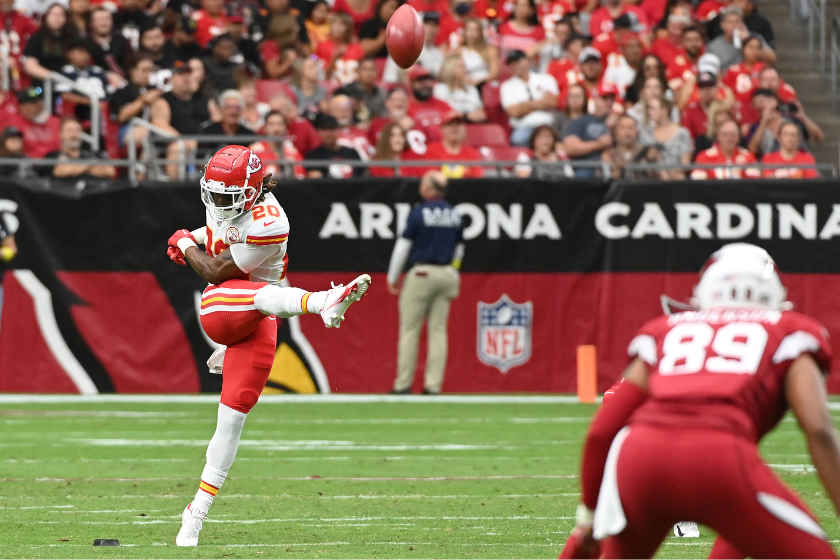 RELATED: Shanks for Nothing: Kickers Fail to Execute Across the NFL in Week 1

With a dangerous D, explosive offense and adaptable mentality, the Chiefs proved it's going to be a nightmare trying to stop them. Even when it looked like the Sunday Week 1 kickers curse had infected the Chiefs, they rose to the occasion. Harrison Butker, a Chiefs fan fave for good reason, was carted off to the locker room after rolling his ankle early, leaving many to ponder how much this loss would affect Kansas City. Well, after the Chiefs scored another TD, safety Justin Reid marched onto the field and kicked the extra point. You've got to love players with prior soccer experience and KC's depth for adaptability. Reid later went on to boot a 75 yard kickoff while Butker was still being evaluated, and then trotted right back to the secondary to dominate. Talk about stepping up when your team needs you.

Lucky for Kansas City, Harrison wasn't taken out by the Week 1 kicking curse. He may have been limping, but Butker made his way back to the game, limping out, crushing a 54 yard FG, and then limping back off. That's the kind of heart and tenacity champions play with.

Sunday's Week 1 games had a little bit of everything: overtimes, injuries, underwhelming performances and a symphony of doinks, courtesy of a kicking garbage fire -- thankfully the Steelers got it done in OT despite this blaring doink. The Bengals were not so lucky. 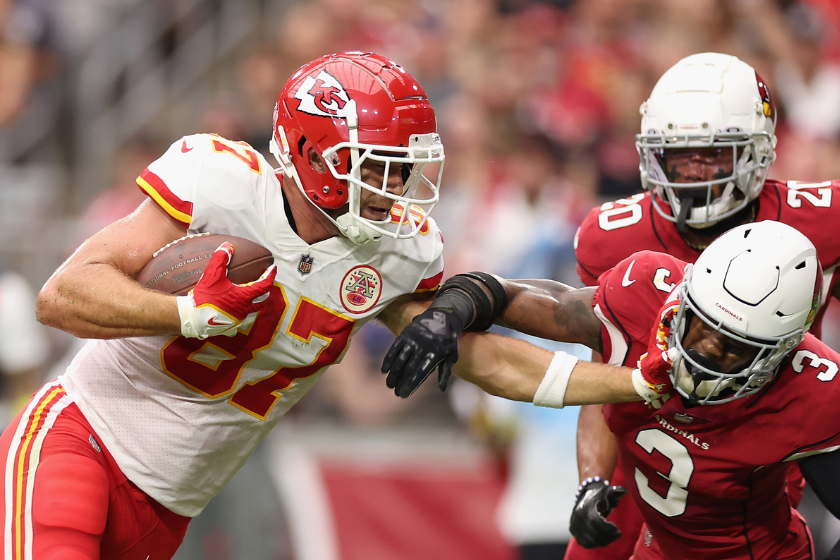 But Sunday afternoon was all about the message Kansas City was sending aka "we're here to remind you that the road to the Super Bowl goes through Arrowhead." It was undoubtedly the Chiefs commanding performance against the Cardinals that overshadowed the rest. Maybe now the Chiefs slander will slow to a halt, because you can't deny the caliber of show Kansas City put on in Week 1. Luckily we only have to wait four days to watch the Chiefs play again, and what a battle that will be. Catch 'em this Thursday when they play their home opener at the league's loudest stadium, Arrowhead, against AFC West Rival (who also looked solid Sunday against Vegas, and like KC, secured a win Week 1) the Los Angeles Chargers on Thursday Night Football.

MORE: 10 NFL Stars We May Have Missed Out on If "Super Conferences" Existed