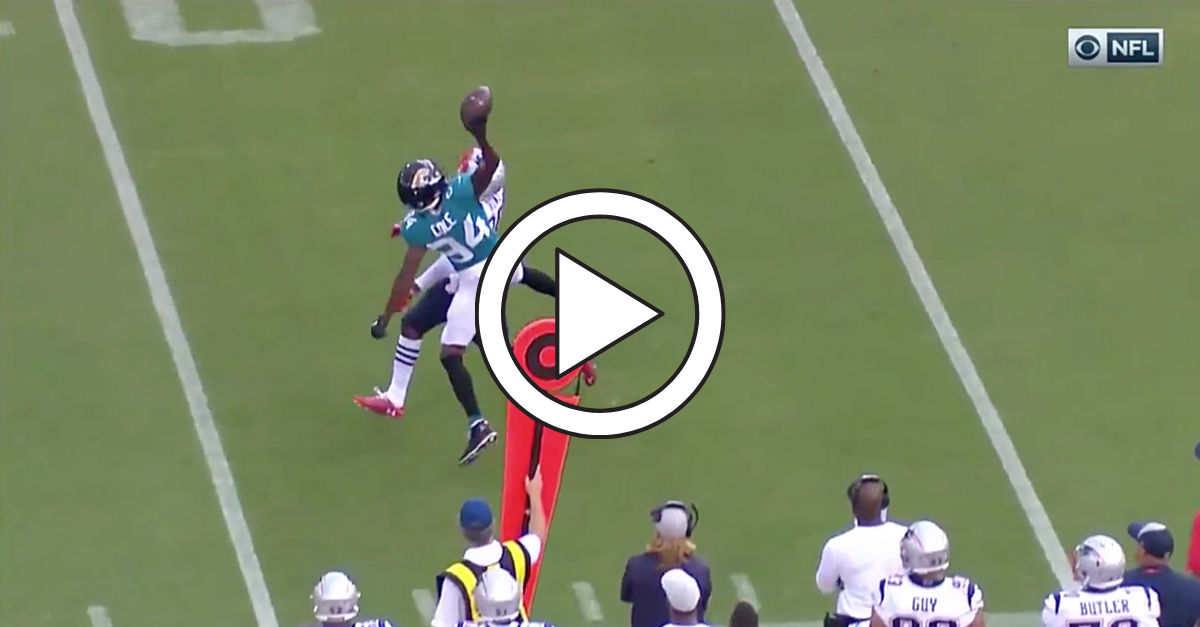 The NFL’s “Game of The Week” early on in 2018 was a rematch of the previous season’s AFC Championship Game between the New England Patriots and Jacksonville Jaguars. In that game, the Patriots came from behind to win, 24-20, on their way to yet another Super Bowl appearance.

The Jaguars came out firing on all cylinders in the rematch and defeated the Patriots, 31-20, without star running back Leonard Fournette. The play of the day, though, was made by an undrafted, second-year wide receiver who earned himself a Catch of the Year nominee.

Keenan Cole signed with the Jacksonville Jaguars as an undrafted free agent in 2017. As a college receiver at Kentucky Wesleyan, Cole caught 258 passes for 4,806 yards and 59 touchdowns as a four-year starter.

His rookie season with Jacksonville wasn’t too shabby, either, as Cole led a depleted Jaguars receiving corps with 748 yards on the season and averaged 17.8 yards per catch. Cole also caught three touchdowns in his first NFL season.

To start 2018, Cole was leading the Jaguars in receiving yards, and this catch was hands his the best grab of the NFL season.

Not only did Cole snatch this ball with one hand, he had the presence of mind to take it OVER the head of Patriots defensive back Eric Rowe and stay in bounds to complete the catch.

It’s insane, but this isn’t the first one-handed grab Cole has on his highlight tape in the NFL, and it doesn’t figure to be his last either.

UPDATE: Keenan Cole finished the 2018 season with 38 catches for 491 yards and one touchdown. His 70 targets ranked among the team’s wideouts behind Dede Westbrook and Donte Moncrief.

The Jaguars stumbled after a 2-0 start to finish 5-11, including a seven-game losing skid at one point during the season. Cole’s numbers fell off in his third season in 2019, but Jacksonville felt confident enough to sign him to a one-year free agent deal.

But if Cole keeps making catches like this, he should be just fine. The National Football League deemed his grab the No. 1 catch of the 2018 season.

This article was originally published September 17, 2018. It was updated following the completion of the season to immortalize Cole’s wild snag.