OPINION: Kliff Kingsbury Shouldn’t Be the Whipping Boy for NFL’s Lack of Diversity 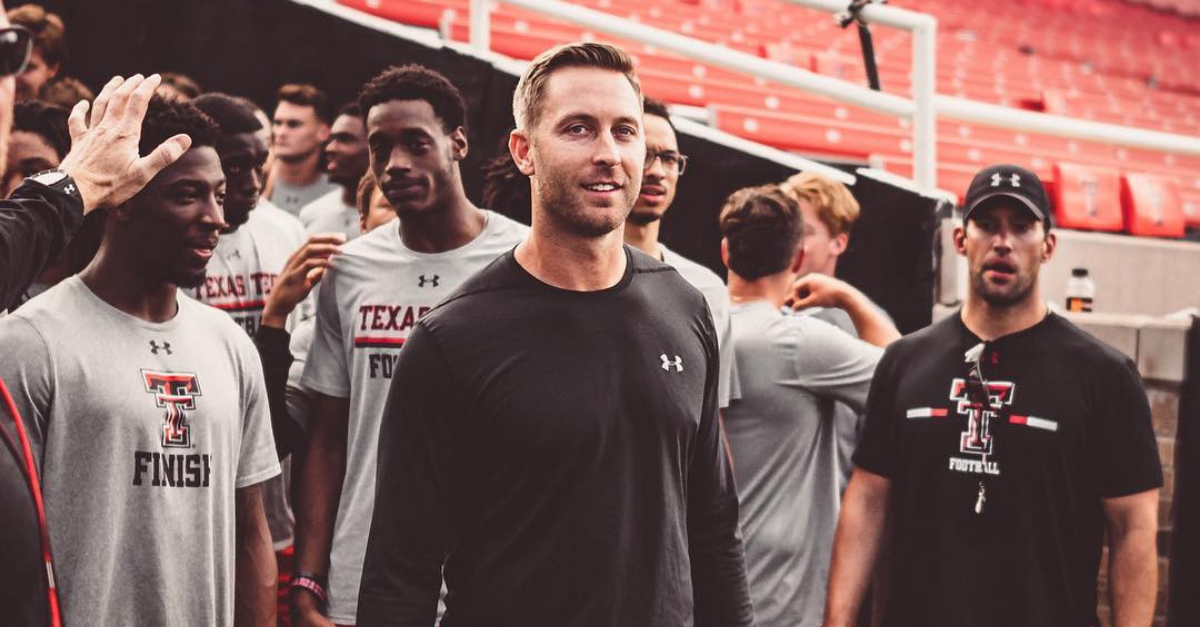 Since the Arizona Cardinals hired former Texas Tech Red Raiders head coach Kliff Kingsbury, the organization and Kingsbury himself has come under fire for making this hire, and it’s not all because of Kingsbury’s coaching resume.

Some of the criticism by public figures like Stephen A. Smith is mainly about Kingsbury?s record at Texas Tech Tech, and how he could possibly get this job over other experienced coaches of color.

This DUDE Kliff Kingsbury looks like a better candidate to be on the BACHELOR than a head coach of a football team, DAMNIT! pic.twitter.com/WYOG3DRRM8

But some in the media have taken it a bit further. Dale Hansen, a sports reporter based in Dallas, basically said Kingsbury got his job because he is white.

“Getting fired at one place and getting another chance isn?t the problem. But young talented coaches of color not getting the chance, that?s a huge problem. The covert racism of the NFL ownership group was so bad, the NFL had to make a rule so that minority coaches could at least get an interview.”

This not the first time, nor the last, that Hansen slammed the National Football League. He attacked the NFL on their flag policy last year, but here is where I think Hansen and others may be wrong ? You can?t blame Kingsbury for taking this job.

Should the Arizona Cardinals done a better job of interviewing potential coaching prospects? Probably, but you can?t make Kingsbury the scapegoat for their failure to properly interview other coaches. You can however, blame the NFL for not doing a better job of making teams interview qualified minority candidates. The Rooney Rule was put in place to insure that minorities had a fair shot at getting an NFL job, but it doesn’t mean that coaches of color are getting hired despite the rule.

When you look at the league today, you see even less diversity than before, but you can?t blame coaches like Kliff Kingsbury for taking the opportunity that was put on the table.

To lay the blame of this situation at his feet is just wrong. Kingsbury shouldn?t be the poster boy for the NFL?s lack of diversity. The poster boys for that should be commissioner Roger Goodell and all 32 NFL owners, only one of which, Shahid Khan of the Jacksonville Jaguars, is NOT white.