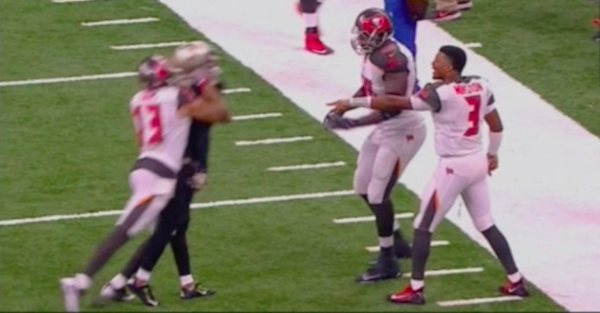 Week 9 was a wild one, where three NFL fights broke out.

Only one player was suspended, and it wasn’t even one that was ejected from a game.

Mike Evans from the Tampa Bay Buccaneers will serve a one-game suspension for his cheap shot on New Orleans Saints defender Marshon Lattimore.

No punishment was handed down for Cincinnati Bengals wideout A.J. Green in his brawl with Jacksonville Jaguars defender Jalen Ramsey:

Nor for San Francisco 49ers and Arizona Cardinals players, Frostee Rucker, Haason Reddick and Carlos Hyde, who were ejected for fighting as well:

Not sure we’ll ever understand the NFL.