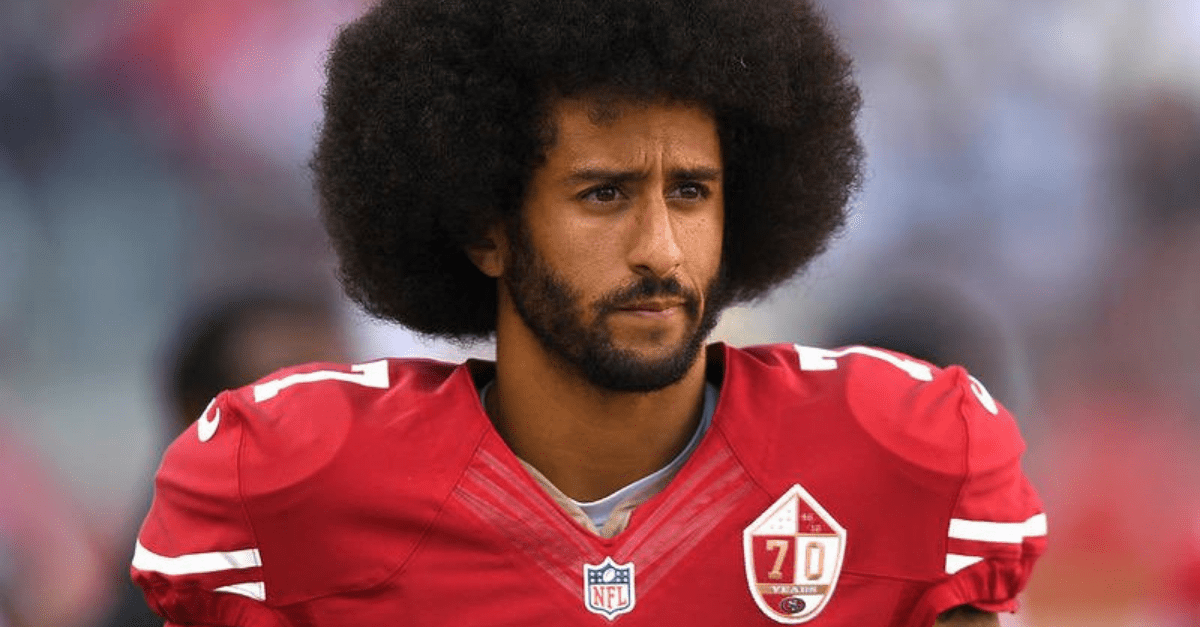 With each laughable quarterback performance and job opening that passes, free agent quarterback Colin Kaepernick continues to move further away from landing another job in the National Football League. There have been several opportunities for teams to sign him, but no one will pull the trigger and sign the controversial QB.

After Washington Redskins quarterback Alex Smith’s gruesome injury against the Houston Texans, many believed that was the ideal moment for Kaepernick to make an NFL roster. Alas, another ghost of football’s past was signed in Washington, and the former San Francisco 49ers quarterback remains at home for yet another week.

Journeyman quarterback Mark Sanchez, infamous for his “butt fumble” with the New York Jets, as well as stints playing for the Philadelphia Eagles, Dallas Cowboys and Chicago Bears, was signed to a deal on Monday and will backup new Redskins starting quarterback Colt McCoy.

After news that Kaepernick, who is more of an activist than football player these days, would remain unsigned, NFL Insider and columnist for the USA Today Mike Jones tweeted three important notes surrounding Kaepernick, but the most important being that people familiar with the blacklisted signal caller “aren’t even so sure he WANTS to play anymore.”

knee-jerk reaction is Skins gotta call Kap to make playoffs. But think for a second: 1) he hasn’t played since 2016. 2) It will take a while to learn an offense well enough to lead a playoff charge. 3) people familiar w Kap aren’t even so sure he WANTS to play anymore.

This feels a case of “he said, she said,” but the truth of the matter is that it’s been two full seasons since he was on an NFL roster. For Kaepernick, now 31 years old, to join a team, overcome the diatribe from media members and fans who oppose his staunch belief in the national anthem protests, and play high-level football seems highly unlikely.

While he didn’t post a winning record during his time with the 49ers, Kaepernick did lead the team to 25-14 record and Super Bowl appearance under head coach Jim Harbaugh. Then, coaches Jim Tomsula and Chip Kelly came around and ultimately buried the franchise in irrelevancy for the next several years, which ended Kaepernick’s run in the National Football League.

It remains to be seen if the once electric NFL quarterback will return to a league that he claims colluded to keep him out of a job, but as each opening that passes, Colin Kaepernick’s window to return closes a little further.