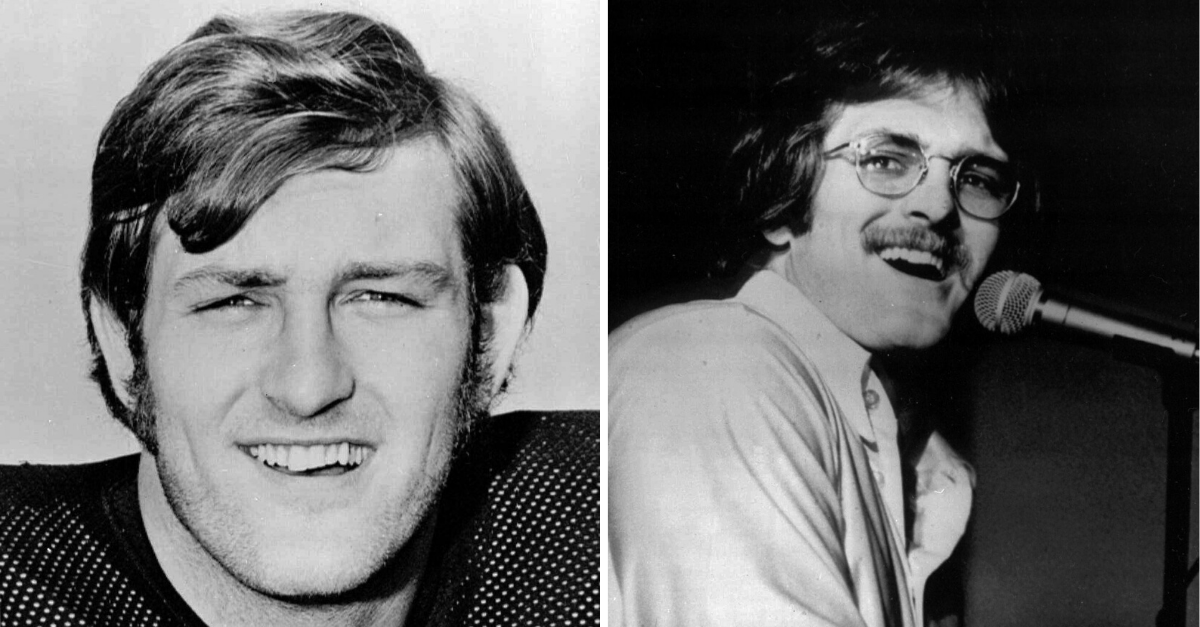 For five NFL seasons, Cincinnati Bengals defensive end Mike Reid was at the top of his game. He was a great player, a complete force, and a nightmare to opposing quarterbacks. Unfortunately, injuries cut his football career short, but he had another passion to still make memories and a lasting impact: music.

The stories are likely endless, and some will remain a mystery, but it’s probably safe to say Reid has done it all and then some. He’s played against some of the greatest players in history and worked with some of the best artists of all time. A select few can boast about one. Reid has done both.

From Pro Bowls to No. 1 singles and a Grammy Award, the legend of Michael Barry Reid needs to be told.

Back in the late 1960s, it was hard to find many college football teams better than the Penn State Nittany Lions. They were building a national powerhouse under head coach Joe Paterno, and Reid was a big reason why.

As a senior in 1969, when Penn State went 11-0 for the second-straight season, Reid was a Unanimous All-American, won the Outland Trophy and Maxwell Award, and finished fifth in the Heisman Trophy balloting.

A stud? You better believe it. It’s why he was eventually inducted into the College Football Hall of Fame. Reid ultimately became the No. 7 overall pick in the 1970 NFL Draft and lived up to the hype.

Although sacks were never an official stat back then, Reid was known for getting to quarterbacks. He played 64 games in the NFL en route to earning two Pro Bowl and two First-Team All-Pro selections in 1972 and 1973.

There’s no doubt a Reid could have been one of the all-time greats, but the next chapter in his life made the football player an even bigger superstar.

Once his football career was over, Mike Reid immediately put his music degree to work. It took a little bit before things really got going, but once he moved to Nashville, Tennessee, his songwriting career took off in a big-time way.

Being a country music songwriter can’t be easy, but Reid sure made it look that way. Four years after his move, he won a Grammy Award for Best Country Song with Ronnie Milsap’s “Stranger in My House” and followed it up with “Lost in the Fifties Tonight.”

Over two decades, Reid, an Altoona, Pennsylvania native, wrote 12 No. 1 country hits, including one as a solo artist, according to the Nashville Songwriters Hall of Fame, where he was inducted back in 2005. He’s worked alongside artist such as Milsap, Conway Twitty, Don Williams, Wynonna and Tim McGraw.

Reid even wrote “Forever’s as Far as I’ll Go” by Alabama.

Perhaps his greatest success came from “I Can’t Make You Love Me,” a pop hit first performed by Bonnie Raitt. It has also been recorded by artists such as George Michael, Kenny Rogers, Kelly Clarkson, and Adele, among others.

Mike Reid wasn’t famous for just writing songs for other people. The former NFL defensive lineman proved he could also perform on his own.

Reid’s first big single was “Old Folks” with Ronnie Milsap and then hit No. 1 on the country charts with “Walk on Faith.”

There wasn’t anything Reid couldn’t do, and it’s amazing how he excelled in both industries.