After Week 9 of this NFL season, it is safe to say we were pretty much all wrong -- in some way -- about how it was going to go. Every team we thought we knew was good, has been falling apart, including the ones led by players regarded as some of the best of all time. The Bucs, the Packers and the Rams were three of the top four seeds in the NFC last year, but this year they are struggling to even get their records above .500.

The Elder Statesmen Can't Get It Right 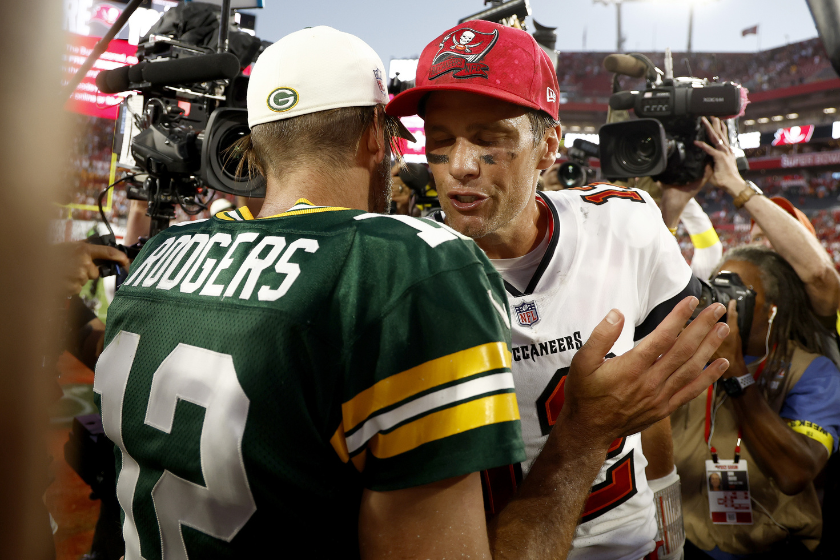 RELATED: The Winners and Losers of the 2022 NFL Trade Deadline

Tom Brady and the Tampa Bay Buccaneers play in what is by far the worst division in the NFL in 2022. The NFC South does not have a team with more than four wins, and while the Bucs are in first place, sitting at 4-5, they have some really bad losses this season. These last three weeks have been an absolute rollercoaster, and it started with an awful 21-3 loss to the two-win Panthers and ended with a last-second touchdown to beat the Rams this past week. We have to remember that Brady is 45 years old, and it seems like his age has finally caught up with him.

Like Brady and the Bucs, Aaron Rodgers and the Packers are definitely off to an unexpected start. They are 3-6, and losers of their last five straight. Rodgers has not played like himself, and they are definitely feeling the effects of losing star wide receiver Davante Adams. Adams, now on the Raiders, also has been extremely shaky week-to-week, and their duo was one that was much better off together. Rodgers won the MVP last season, but at 38 years old and with his previous talks of retirement, it would not be surprising if this season is enough to swing him that way.

The NFC looks much different than it has the last few years due to the Packers' and Buccaneers' struggles. The Rams are another team that has experienced a huge drop-off in success, especially considering they were last year's Super Bowl champions. The Rams are 3-5 and third in a very competitive NFC West. With the surprise success of the Seahawks, and the 49ers to worry about, it is going to be tough for the Rams to get back to where they were last year.

The Seahawks have been one of many surprises in the NFC this year, but they might be the biggest because of the departure, in the offseason, of former Super Bowl champion quarterback Russell Wilson. Their new starting quarterback Geno Smith has been incredible and is currently the favorite to win Comeback Player of the Year. At 6-3, they are at a much different point than the Rams, and with a great defense and very talented weapons around Smith, it looks like they have a real chance at the playoffs and to make a push once they get there.

The NFC East Finally Gets Interesting 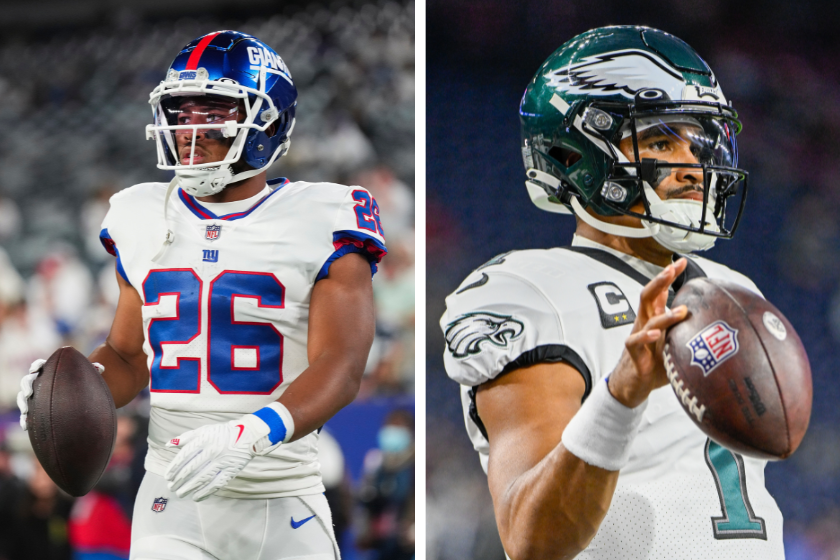 While the Seahawks and Niners make the NFC West tough, no division is as much of a battle as the NFC East. The Eagles are the only undefeated team left in the NFL and sit atop the division at 8-0. Behind quarterback Jalen Hurts, who has a real chance at MVP or Offensive Player of the Year, and one of the best defenses in the league, the Eagles have shown no signs of slowing down. They have blown out nearly every team they have faced, including the 7-1 Vikings by a score of 24-7. While the Eagles snuck their way into the playoffs last year as the NFC's seventh-seed, no one expected this much of an improvement from head coach Nick Sirianni and the rest of the team. They are currently the favorites to win the Super Bowl and should be able to keep winning with one of the easier remaining schedules in the league.

Behind the Eagles in the NFC East are the Cowboys and Giants, each with six wins and two losses. The Giants were predicted to have less than six wins all season, and their only losses so far were against the Seahawks and Cowboys, which are having great seasons. It is still yet to be seen if Daniel Jones is the guy the Giants want to build around, but their roster is filled with talent. Jones is still playing on his rookie deal, but if he keeps winning, he might earn a huge contract extension.

The Cowboys lost their highly-paid starting quarterback Dak Prescott in week one to injury but still managed to go 4-1 in the five weeks they were without him. Backup quarterback Cooper Rush kept their playoff hopes alive when things did not look great. Prescott has been back for two weeks, and while they have won both games, he has not looked like he did before the injury. If he can get back to his nearly MVP-level form, this team is poised to make a run in the playoffs, even if they do not win their division.

Micah Parsons has clearly been the Cowboys' best player all season, and there is an argument to be made that he has been the best player in the entire NFL this year -- at least defensively. Even with the Cowboys already having their bye week, Parsons still ranks fourth in the league in sacks and sixth in tackles for loss. He has made it extremely difficult for every single quarterback and offensive line unit he has faced and is a huge reason why the Cowboys' defense is only giving up 16.6 points per game, the third-lowest in the NFL.

Of the top five teams atop the NFC through the first nine weeks, only two were in the playoffs last year, the Cowboys and the Eagles. The NFL definitely looks different this year, and while teams like the Buccaneers and Rams can still make the playoffs, they will need to show major signs of improvement to get back to where they were for the last three years. For now, it looks like the Philadelphia Eagles have a clear advantage over the competition in their conference. On an even bigger scale, it looks the NFC East is one of the best divisions in recent memory, and we might see three of its teams competing in the playoffs.