Miami popped champagne bottles Monday night. The 1972 Dolphins again retain their claim to fame as the only undefeated team in NFL History. Fate extended their title by at least another year as the Washington Commanders took down the Philadelphia Eagles, the last of the unbeaten. But that was not the only thing we saw following the Commanders' win, as we have a new number one atop our NFL Power Rankings. Week 10 saw a reunion spoiled, a quarterback win in his fourth country, two battling backups, and the cherry on top, the most fantastic game of the 2022 NFL Season. We are finally in the back half of the schedule, and with playoff and division races heating up, things will get very interesting down the stretch. So let's take a look at our updated NFL Power Rankings. 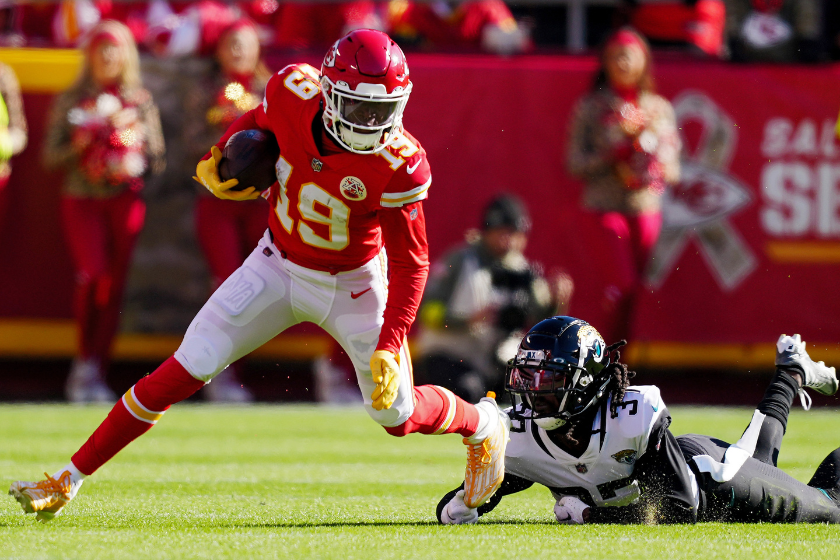 Kadarius Toney shined in his Chiefs' debut, and this offense looks even better with him in it as the Chiefs take the top spot in our rankings.

The Eagles lost their first game of the season, and from the fumbles to the uncalled facemask penalty, it seemed as if they were just not meant to win that game.

In the game of the year so far, the Vikings capitalized on a second life following Josh Allen's fumble by picking up a massive win in overtime over the Bills. Cue Kirk Chainz's music!

The Dolphins took over the lead in the AFC East and look like serious contenders as both their rushing and passing attack look on point right now. 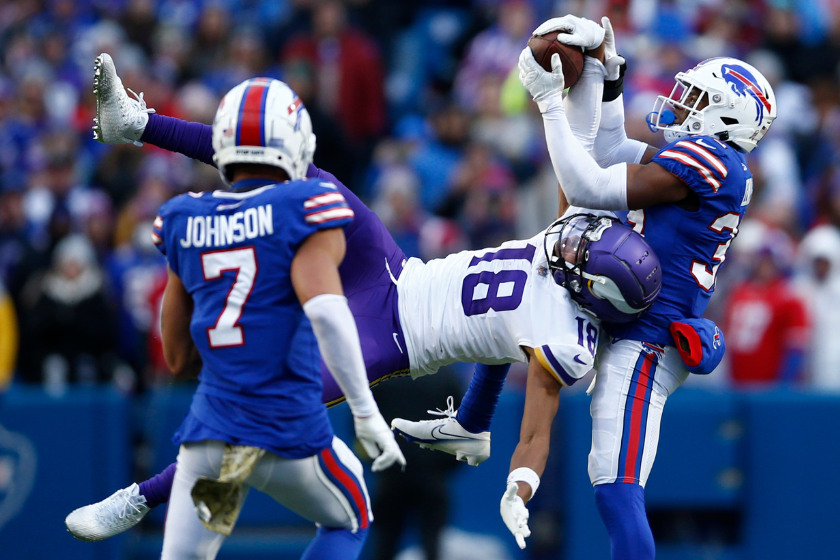 The Bills lost a heartbreaker on Sunday. They have no one to blame but themselves, as they had both a big lead and were just one play away from running out the clock before disaster struck.

The Ravens are sitting atop the AFC North. Still, things could start heating up in that division, making things interesting down the season's final stretch.

Derrick Henry was slowed down on Sunday, but Nick Westbrook-Ikhine has a career day hauling in two touchdowns and 119 yards on five catches.

Saquon Barkley had a field day as he ran for over 150 yards and one touchdown as the Giants picked up win number seven on the year.

The 49ers won on Sunday Night Football but scored just two touchdowns, and given all their playmakers, that has to be concerning at some point. 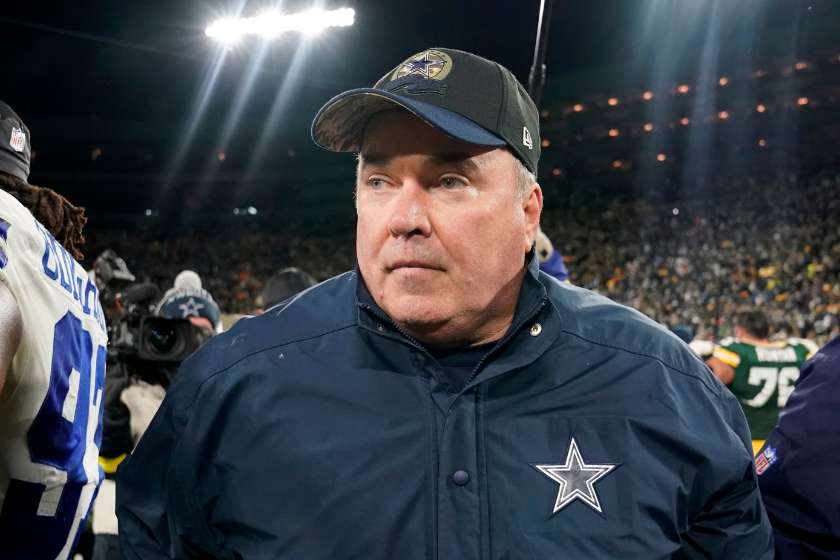 The Cowboys' defense had their worst game of the season as they gave up 31 points and over 400 yards in their overtime loss to the Packers.

The Bengals need to find consistency. Hopefully, during their bye week, they will be able to identify their problems to help find just that.

The Jets are coming off their bye week, which could be very good or bad, as they were riding a high after beating the Bills.

And just like that, the Bucs' offense looked pretty decent as they got back to .500 and extended their lead in the NFC South as Tom Brady continues to defy father time.

If you look at all the injuries the Chargers have had, you would think this team would be at the bottom of the barrel, yet here we are with them in the middle of all the Wild Card playoff drama. 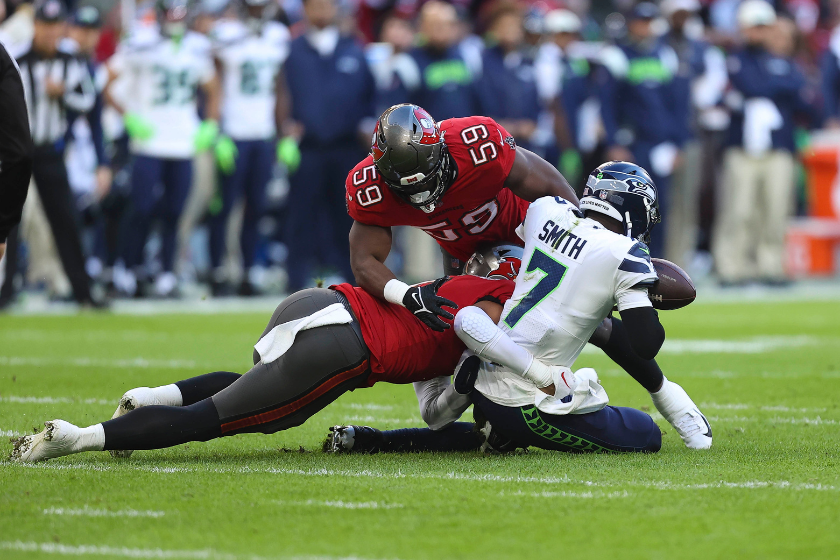 Maybe the Seahawks should have done some high knees, as their trip to Germany was not good for them as they barely hung on to their division lead.

This is a peculiar Patriots team coming off their bye week. I honestly do not know what to expect.

The Packers picked up a huge win as they soiled Mike McCarthy's reunion and kept their playoff hopes alive.

Taylor Heinicke isn't great, and neither is Wentz, who returns from injury this week. The biggest storyline from their game last week was how dominant their offensive line was.

In a game that no one cared about, the Cardinals picked up a win against John Wolford and the Rams, with Colt McCoy playing a relief role. 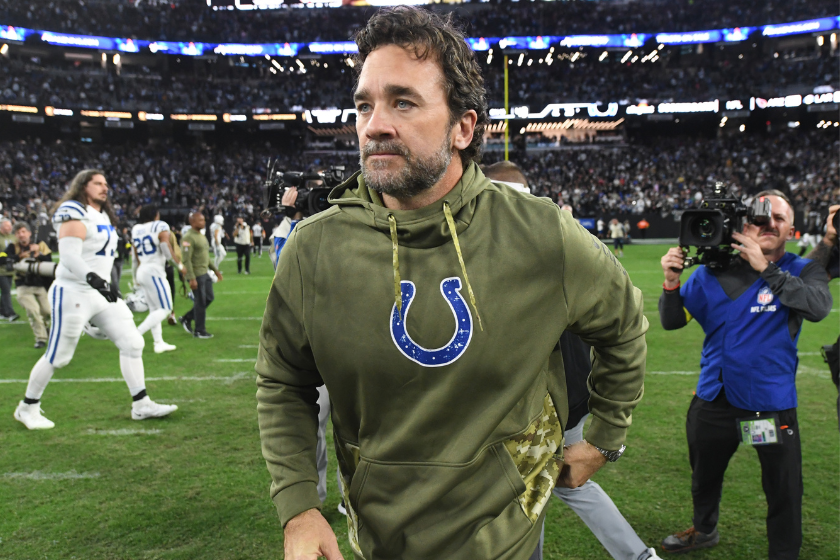 Okay, I'll admit it, I was surprised with the outcome of this game as Jeff Saturday came from nowhere and picked up a win in his first game...ever.

Rest everybody. Injuries are piling up, and there is no way this team is making a run at the playoffs, let alone defending their Super Bowl title.

Jameis Winston could be back this week, but how much is that going to change for a team that looks flat in all phases of the game?

The Broncos dropped another game, but here is the best stat: they have held their opponent to 17 points or less in eight games and are 3-5 in those games.

Reality is starting to hit the Falcons as they drop an embarrassing loss to the Carolina Panthers, one of the worst teams in the NFL. 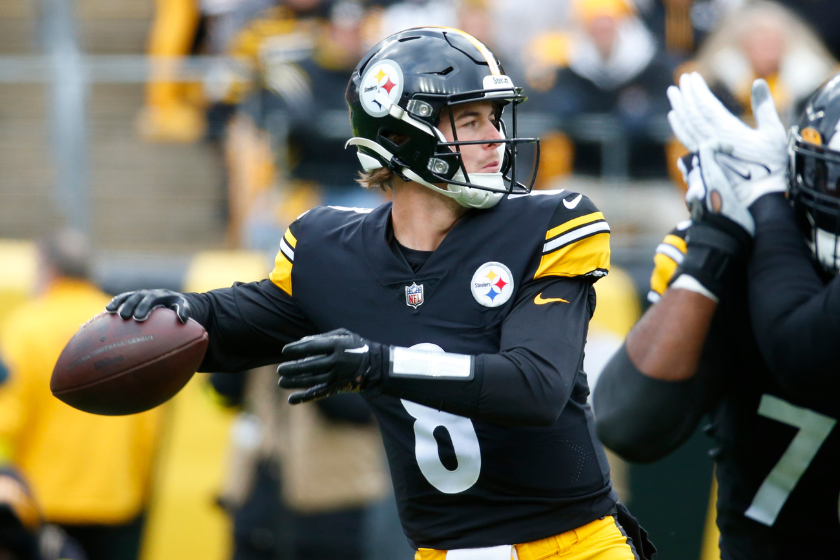 The Steelers picked up a big win on Sunday and hopefully can build some momentum as we advance. Luckily for them, four of their final nine games are against divisional opponents.

Only two more weeks until Deshaun Watson takes the field. Quick note, though, about two feet of snow are expected in their game this week. With Chubb in the backfield, they could upset the Bills.

The Jaguars played the Chiefs, and the game went as expected. No harm done here by the Jags for once.

This team continues to defy the odds and obliterate all expectations they and NFL fans had for the Raiders during the offseason.

The Detroit Lions just got back-to-back wins, and they go for their third straight win on Sunday, something they have not done since Week Nine to Eleven in 2017. 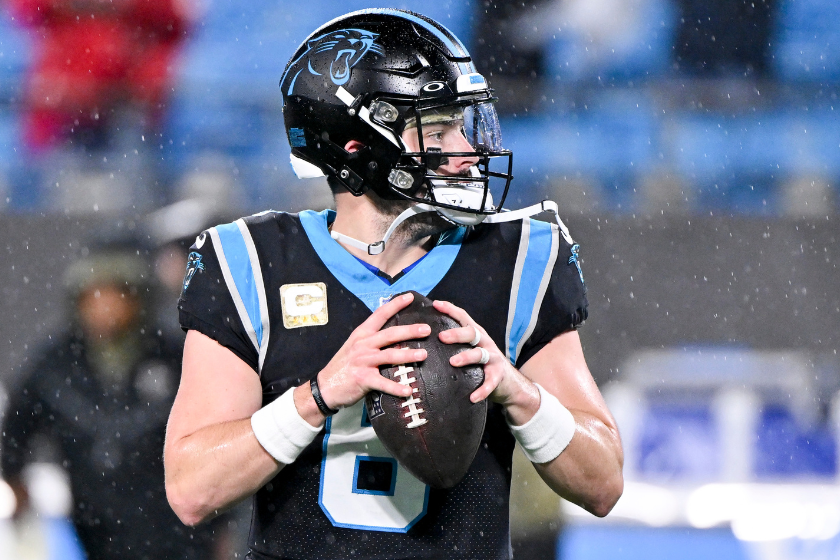 This is a lousy team, and sure, they got a win, but why was Baker Mayfield head-butting everyone without a helmet? Who knows, but he is starting this Sunday.

Justin Fields continues to make plays with his arm and feet, but for the second straight week, it means nothing if the Bears blow a big lead.

The Texans are probably not going to win another game this season and if you have a running back that plays them, start them. Start their backup, too.

MORE: The Fall of Aaron Rodgers: How the 4-Time MVP Became the Most Hated Person in the NFL