Ever Heard of “NFL SuperPro”? Marvel Comics Hopes You Never Do 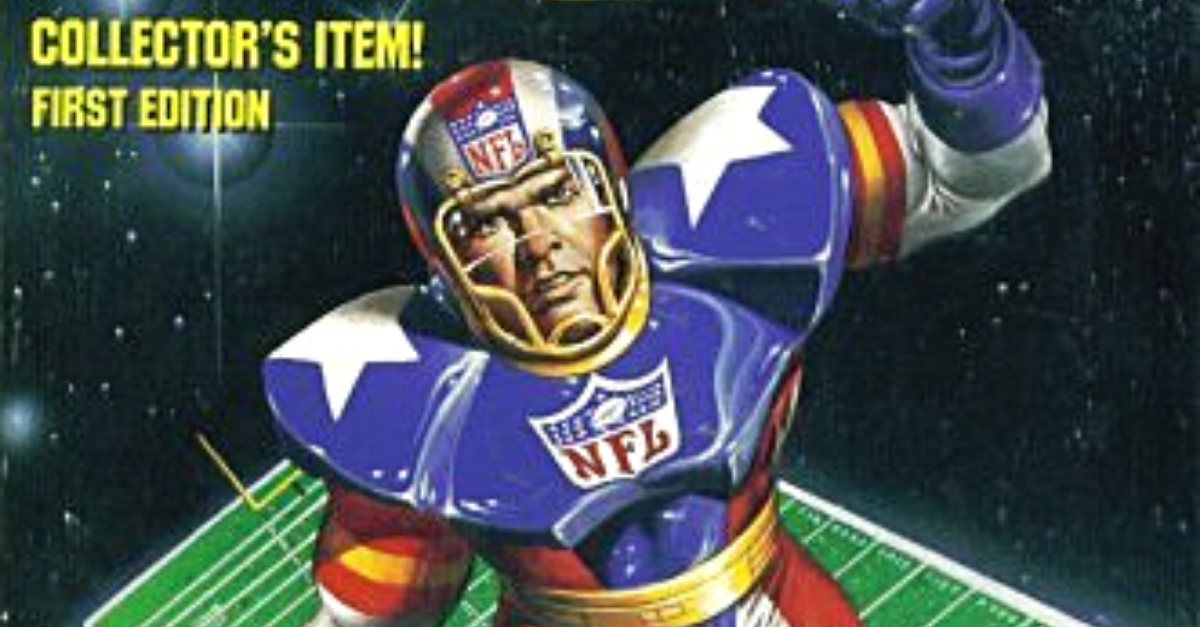 Marvel is the hottest name in pop culture these days. If you haven’t seen the franchise’s latest movie — Avengers: Endgame — it’s time you join the millions of fanatics who chipped in for the film’s $1.2 billion opening weekend, the largest in history. But not everything Marvel Comics touches always turns to gold, and there’s no better example than when Marvel and the National Football League crossed over to create the weirdest, and possibly worst, superhero ever.

“NFL SuperPro” was brought to life by writer Fabian Nicieza and artist Jose Delbo, and NFL SuperPro #1 was released in October 1991. The series centered around Phil Grayfield, a former National Football League player whose football career ended after he sustained a knee injury while saving a young kid. As a result, he became a sports reporter. While interviewing a football superfan, who also happened to be a scientist (go figure), Grayfield’s life changed forever.

During that interview, a group of thieves invaded that scientist’s house and stole a bunch of valuable NFL merchandise. They set the house on fire and tied up Grayfield, who knocked over a bunch of chemicals (again, go figure) and left him to die.

As most superheroes do, Grayfield absorbed the chemicals and turned into a nearly-invincible human. Luckily, the thieves didn’t take a five-million dollar indestructible football uniform, which Grayfield put on and began fighting crime under the alias of “SuperPro.”

If you haven’t gathered it yet, NFL SuperPro has been called “perhaps the worst comic book ever created.”

Nicieza, who’s better known for his work on X-Men, Deadpool and Thunderbolts, later admitted that working on the comic book series did have its perks; Nicieza received free tickets to a New York Jets game and also made a trip to the 1994 Super Bowl in Atlanta.

You can find issues all over Amazon, including SuperPro’s Super Bowl Special that costs a whopping $3.50.

NFL SuperPro #12 was the last issue ever created in September 1992 before fading into the dust. From poor writing to crossing over two groups — comic book enthusiasts and football players — with absolutely nothing in common, it’s probably for the best that Phil Grayfield hung up his football uniform/superhero suit/whatever the hell you call it for good.

The series attempted crossovers with Spider-Man, Captain America and Marvel Team-Up to boost sales, but even that wasn’t enough to save SuperPro from his untimely death.

The almighty dollar can bring to life just about any horrible idea. Phil Grayfield went from “sacking quarterbacks to tackling crime” to seeing his first issue punted right into the garbage can. Sometimes, a secret identity is better left a secret because the world certainly did not need SuperPro to save the day.

WATCH: The AAF Collapses, Files Bankruptcy with $48.3 Million in Debt