You've probably heard it a few times each NFL Sunday. A play happens that is right on the edge of possibly requiring a coach's challenge, but before a coach can reach into their pocket and throw the flag, the NFL official has stopped the next play and turns on their microphone.

The next three words are typically... "After further discussion..." and the result of the play is adjusted or reversed without the use of a coach's challenge. An NFL representative that is not on the field of play has buzzed down to indicate to the official that a change is needed. It's a variation of a concept that has been called a "Sky Judge" and it could change the way the game is officiated.

The NFL has Already Begun Testing the "Sky Judge" 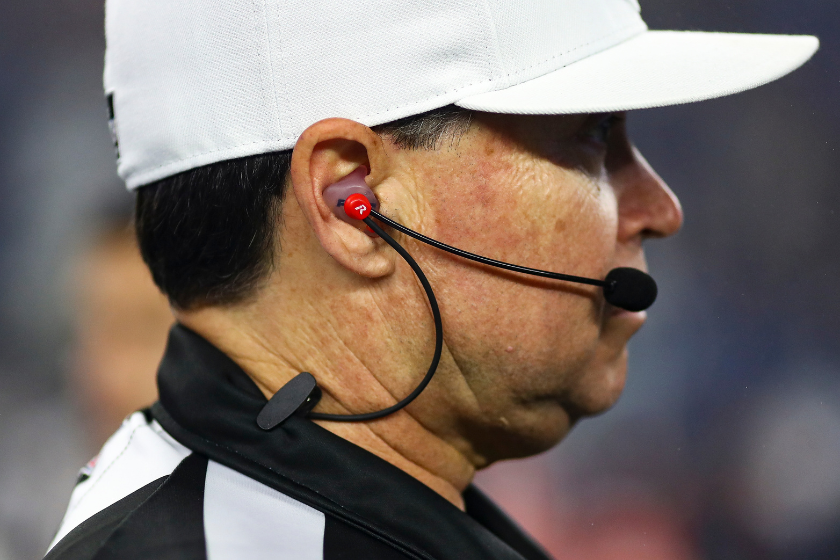 RELATED: Abysmal Roughing-The-Passer Call Served With A Side of Troy Aikman's Sexism

This was the case in Week 9, when officials correctly stopped play following the Arizona Cardinals attempt at a double pass, which was correctly ruled as consisting of two illegal forward passes. This "input from New York" is most frequently used by the league to determine if a play was a completed catch and a fumble, or an incomplete pass, one of the most critical and difficult decisions an NFL official can make.

The idea of a "Sky Judge", or a member of the officiating team located off the field and with access to replay review has been brought up for debate the last few seasons. Although the league hasn't accepted this particular concept, as Mike Florio of Pro Football Talk has pointed out, the NFL has already started to embrace a similar system because "??the rules permit consultation and/or advice and/or a truncated replay review as to 'specific, objective aspects of a play when clear and obvious video evidence is present.'"

This has impacted games in a few ways, including shorter delays surrounding reviews and challenges. But the most important result is that in the end the NFL is getting more calls right, because more calls are getting reinforced with the input of video review.

And I believe the league could be doing even more.

Many parts of the NFL officiating system remain antiquated and are in need of technological advancement and support. The first area the NFL could offer help is when officials are spotting the ball after a play. We are talking about a league where the process of spotting a close first down involves an official eyeballing the perceived spot of the ball from up to 80 feet away through a host of massive bodies, then running toward the presumed spot, usually using an indirect route that could impact the spot, before measuring that inexact eyeballed location to a precise inch. It is complicated, inefficient and frankly a ludicrous standard for a league worth more than $130 billion dollars. This process is less exact than a child measuring his height after a second bowl of Kix cereal.

The NFL's process for spotting the ball is laughable when you compare it to the technology soccer uses with VAR or "video assistant referee" to determine if a player is offside. The NFL makes it seem like they would need players in motion body suits like this SNL skit about Madden celebrations in order to create this level of video evidence, but they don't. There is no reason the league couldn't integrate a similar level of minimally invasive technological assistance.

This enhanced version of spotting would also help when a punt goes out of bounds. The current outdated process involves an official running from sometimes as far as 30 yards away, using their viewpoint from a nearly impossible angle to determine exactly where the football went out of bounds. We exist in a world where any human can use a cellphone to track any willing participant anywhere on the globe within inches of their location. We simply don't need to spot balls like this anymore.

The next area of review the NFL should be buzzing down to help officials with is penalties. Yes, this could open up a pandora's box when it comes to reviewing a judgment call, but there is a lot that can be done to give more support to officials throwing flags, which greatly influence the outcome of a game.

On Sunday Night, the Chiefs and Titans game would have been all but over if it weren't for a controversial holding penalty called on the Titans during the Chiefs two-point attempt late in the game. There is no recourse or review process for a call like this. Something similar can be said for the debatable roughing the passer penalties that impacted the outcomes of several games earlier this season. 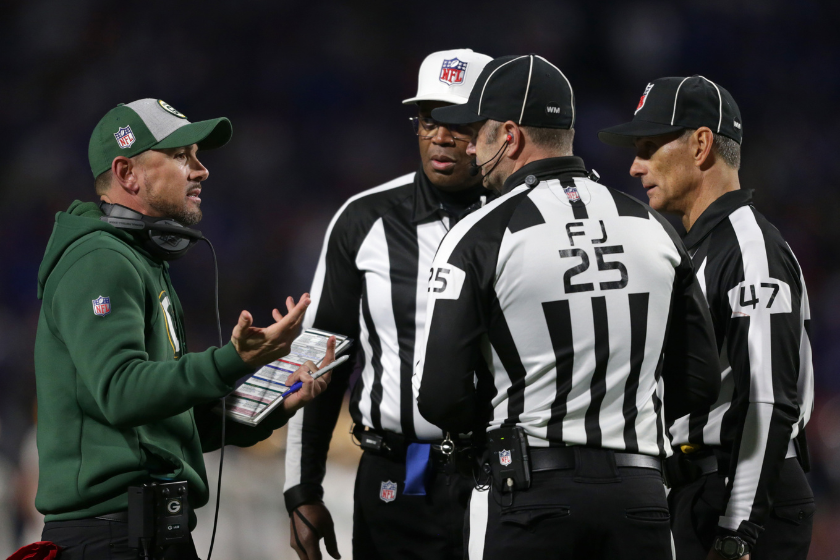 The infamous blown pass interference call in the Saints-Rams 2019 NFC Championship game resulted in coaches having the opportunity to challenge this penalty during the 2020 season, but it didn't rectify the issue. Of the 101 reviews surrounding pass interference, only 24 were reversed and coaches were 0-13 when challenging the original call of defensive pass interference. It proved hard to get the same judge to come to a new verdict without new evidence, so the NFL gave up on this process after just one season.

While some might believe reviewing penalties is hopeless when the league tends to defend even the calls universally seen as incorrect, I do think that an in-game official with the benefit of review would create different results. It is much different when someone who is part of the officiating crew buzzes down with a different vantage point and video evidence to support a different call, than when a coach questions the judgment of the on-field official.

We are not talking about an official from a different spot on the field questioning the judgment of a roughing the passer call, we are talking about someone else with the benefit of a myriad of different angles helping to rationalize in the ear of an on-field official, after a flag is thrown but before a call has been made. A solution that could make the product on the field better, without slowing the pace of the game, even if it just forces the official to truly double down on their initial decision.

So while I believe the NFL is taking baby steps in making sure the right call is made on the field, after further discussion, I think it shows the league can do even more to enhance the product.