What fans didn't expect was terrible -- and I mean all-time ridiculously infuriating -- play calling, with a side of sexism. 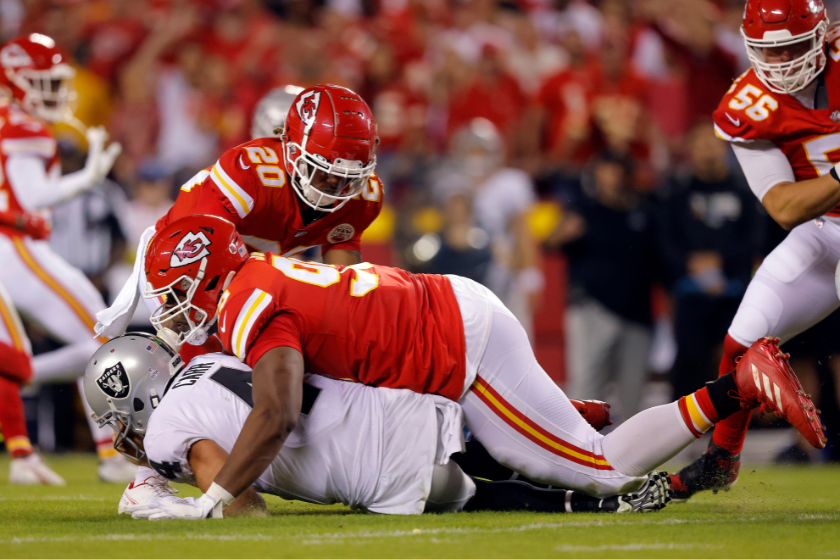 We have the zebras to thank for a roughing-the-passer call so confusing that fans can only assume the league is transitioning us to flag football. I'm all for making the game safer for players, but this was ridiculous. And we have former Cowboys quarterback-turned-commentator Troy Aikman to thank for the casual sexism following the abysmal call. Let's roll the tape:

What would?ve been a Chris Jones sack on Derek Carr was called roughing the passer.

The refs apparently wanted Chiefs defensive powerhouse Chris Jones to lay down a pillow and tuck in quarterback Derek Carr. I agree with Aikman's disapproval, and I think most fans found themselves cursing the refs.

However, I am appalled, exhausted and sadly not surprised at all by his choice of words. Misogyny and NFL football are easy bedfellows.

Troy Aikman: "My hope is the [NFL] Competition Committee looks at this in the next set of meetings, and you know, we take the dresses off." pic.twitter.com/5DqdLJ8Ccx

So while Arrowhead and fans across the country were exploding over the call, Aikman casually took a dig at women everywhere. I have to be honest -- I was too busy jumping around my living room, screaming at the TV, to hear the quote. But thanks to NFL Twitter, it didn't take me long to learn what the controversy was all about. Honestly, I've become so numb to the NFL's treatment of women that I think I merely sighed out of sheer exhaustion. How many times do female sports writers, NFL employees and fans have to absorb and respond to this? I'm sitting in a stew of low-key weary rage. I'm tired of it. I'm tired of talking about it. I'm tired of hearing it. I'm just so damn tired. Hey, men, come get your boys. Come talk to your tribe. Hold them accountable.

In the meantime, here's what I'd like to say to Troy Aikman.

I wear dresses all the time; in fact, it's my go-to look here in Southern California. Nothing beats a breezy, flowy skirt on a warm day. And as someone who wears dresses, I've got some news for you. I can throw a ball in a dress. I can talk sports in a dress. And if I'd been on the field Monday night reffing that game in a zebra striped dress, I would NOT have called roughing the passer on that play. No way. I know you might have a difficult time wrapping your head around this concept, but I -- a woman who wears dresses -- loves watching aggressive defensive plays. In fact, nearly every jersey I've ever bought has been a defensive player. Defense wins games. Watching strong defensive matchups gets me more amped up than high-scoring games.

I love the hit, I love the sack, I love the game. Here's some shocking news for you: A lot of women love ferocious defensive plays and players. Your insinuation that women are weak and soft, like that play call, was out of line and dripping in sexism. 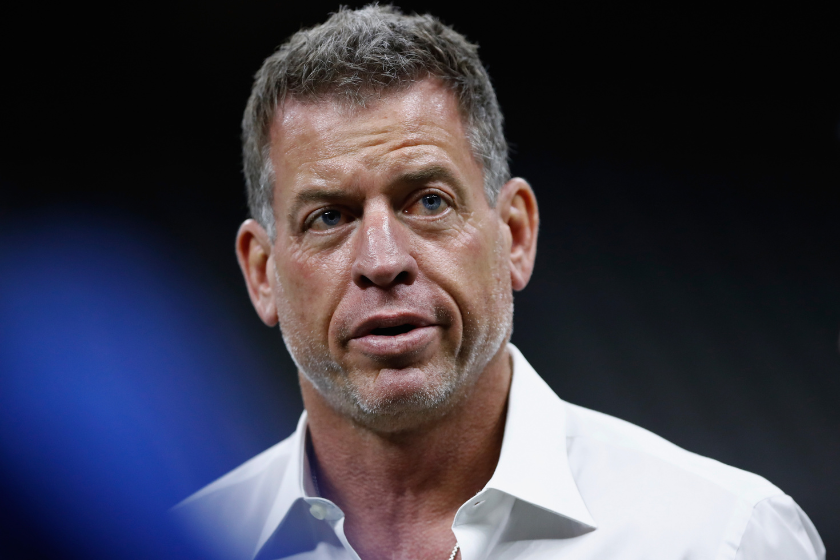 It's weak men like you -- who think women can't be tough, strong, aggressive, angry or dominant -- who help create toxic environments for women, especially in sports. It's because of a mentality like yours that history-making women like NFL ref Sarah Thomas get threatening messages and hate. The fact that I'm even writing this opens me up for aggressive DMs and attacks. It's the casual nature in which it rolled off your tongue that helps perpetuate the narrative that women have no right to take up space in the sports market. This is the type of casual, everyday sexism women face daily. And I have news for you: We're sick of it -- and modern men are growing sick of it, too. I hope the league holds you accountable or encourages you to apologize (chuckles to self), although I know they won't.

A league that allows players repeatedly accused sex offenses to sign massive contracts and play the game they love has already told women what it thinks about us. But please, shove pink-colored ribbons and end zones at us for the rest of October because you "care." The only positive thing left in the wake of your misogyny are the thousands of tweets dragging you for your comments. Here are some of my favorites -- I'd hate for you to miss them.

Listen, I don?t love the body weight roughing the passer call either, but Troy Aikman saying ?take the dresses off? is hella antiquated and dumb.

Did Troy Aikman really just say what I think he said?

Did he really just say that it's time for the league to"take the dresses off"? The 60's called, they want their chauvinist back.

Seriously @ESPN... do better than that crap.#MNF

Troy Aikman really needs to find a non-misogynistic way to critique the call besides ?take the dresses off?.

And I say this as someone who heard this misogyny normalized by coaches as a kid & even participated myself. Way past time to end such sports talkpic.twitter.com/lHVhv6WdEv

In full agreement that the call against Chris Jones was BS, but did Troy Aikman just say that he hopes the competition committee ?takes their dresses off?? As in trying to demean them by calling them women? Is he actually serious?

How much is ESPN paying Troy Aikman to spew misogynist jokes on Monday Night Football?

Glad to hear Aikman rail against that call ? but you can share your displeasure without the ?take the dresses off? sexist comment. Completely unnecessary.

You can make your point without talking about dresses Aikman

Oh, and Troy, one more thing: Patrick Mahomes just passed you for all-time passing touchdowns. He's only played six seasons (five as a starter), while you played 12.