NFL has made at least one decision on punishments for Ndamukong Suh chokeslam, Kiko Alonso hit 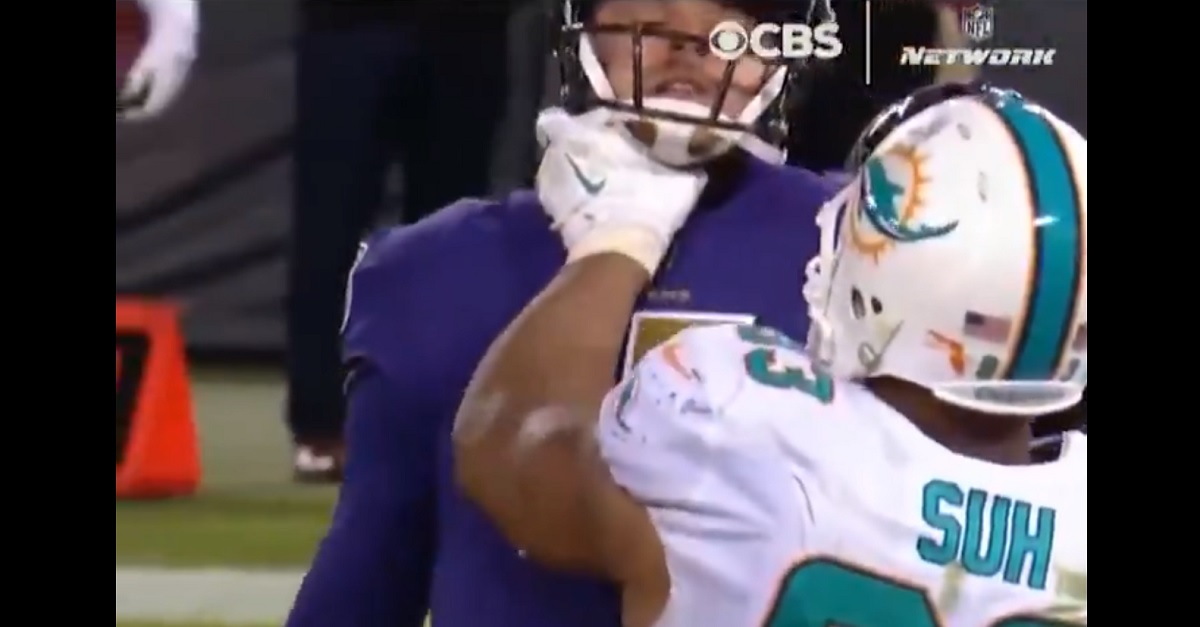 On Thursday night, the Dolphins and Ravens had several dust ups in the Ravens’ 40-0 blowout win. The most notable being a potentially dirty hit from Dolphins linebacker Kiko Alonso on Joe Flacco that knocked the quarterback out of the game, as well as a “chokeslam” from Dolphins defensive tackle Ndamukong Suh on Ravens backup Ryan Mallett.

On Tuesday, the NFL announced that neither player would be facing a suspension for their actions during the game.

NFL spokesman Joe Lockhart says LB Kiko Alonso will not be suspended for his hit on Joe Flacco.

The NFL will not suspend Kiko Alonso or Ndamukong Suh for Dolphins hit on Joe Flacco or choke of Ryan Mallett.

Both players, however, are still subject to potential fines from the league. Those won’t be handed down until later in the week.

Kiko Alonso (and Ndamukong Suh) are still subject to fines for conduct Thursday but, well, it's only money.

After the game on Thursday, Suh told the South Florida Sun-Sentinel that he was just protecting himself when he got face-to-face with Mallett.

?Simple as this,? Suh began. ?He came at me and tried to attack me, and I?m protecting myself.?

Asked whether he regretted his actions, Suh replied, ?I?m never going to regret protecting myself.?

As for Alonso, many had labeled his hit on Flacco as dirty and unnecessary since the quarterback was already sliding on the play.

Flacco missed the remainder of the game with a concussion.