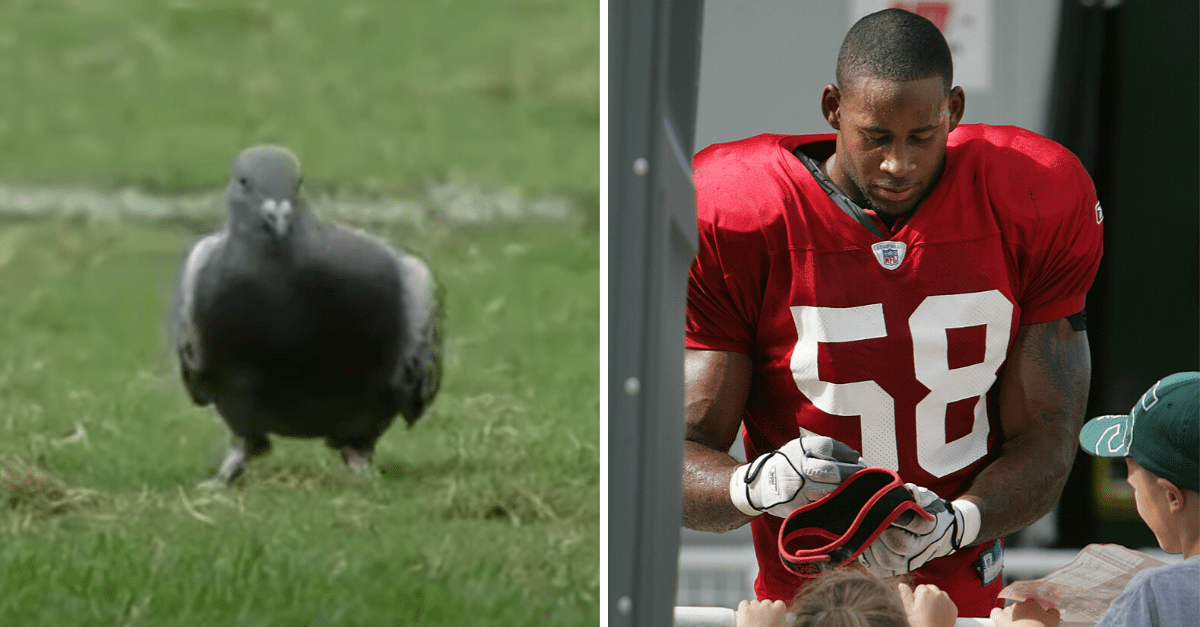 Some things in life are impossible to explain. A few are even harder to believe. They can come and go in the blink of an eye, but those specific moments will always be remembered. There?s one in NFL history that remains crazy and actually has a pretty unreal legend attached to it.

Back on October 18, 2009, the Oakland Raiders defeated the Philadelphia Eagles, 13-9, at the Oakland-Alameda County Coliseum in California. It was a rare win in a rather dismal season, but the victory felt good nevertheless.

Early in the fourth quarter, the Raiders extended the lead thanks to a 46-yard field goal by kicker Sebastian Janikowski. What happened on the ensuing kickoff, however, is what still gets talked about to this day.

Can't forget when a pigeon helped the Raiders on kickoff coverage 😂

RELATED: The Dolphins Punter-Kicker Trick Play TD That Fooled Everyone

As the Oakland Raiders were getting ready to kick it back to the Philadelphia Eagles, a friendly pigeon decided to join silver and black?s special teams unit. He actually lined up correctly and flew down the field with the other players looking tackle Philly?s Quintin Demps.

It was hilarious, especially to the NFL on Fox crew calling the game, and it?s been shared on social media numerous times over the years. The latest, during the coronavirus pandemic and COVID-19, inspired the now Las Vegas Raiders to share a very unique story about the play.

What most people remember is the pigeon. That was the star of the show and ESPN even created a bio about it when replaying the highlight. What the organization remembers is what the pigeon represented.

There’s a deeper story: The bird lined up in the exact same spot usually occupied by Marquis Cooper, our linebacker who tragically lost his life in a boating accident earlier that year.

As the Raiders shared on Twitter, the bird lined up in the exact spot usually played by linebacker Marquis Cooper, who tragically went missing and was presumed dead months earlier due to a boating accident in Clearwater, Florida.

To many players, the pigeon many see as comedy was a tribute to the missing player they still loved, and it?s a story that adds even more to the legend of Al Davis? old AFC franchise.

A couple of years later, another pigeon was on the field during a game with the Kansas City Chiefs. Pigeons are definitely common throughout the United States, but the one back in 2009 has a rarer story than most.

MORE: Seattle Seahawks TD Dances Have Everything from Classic Moves to Viral Hits