Odell Beckham Jr. Wants the Browns to be “The New Patriots” 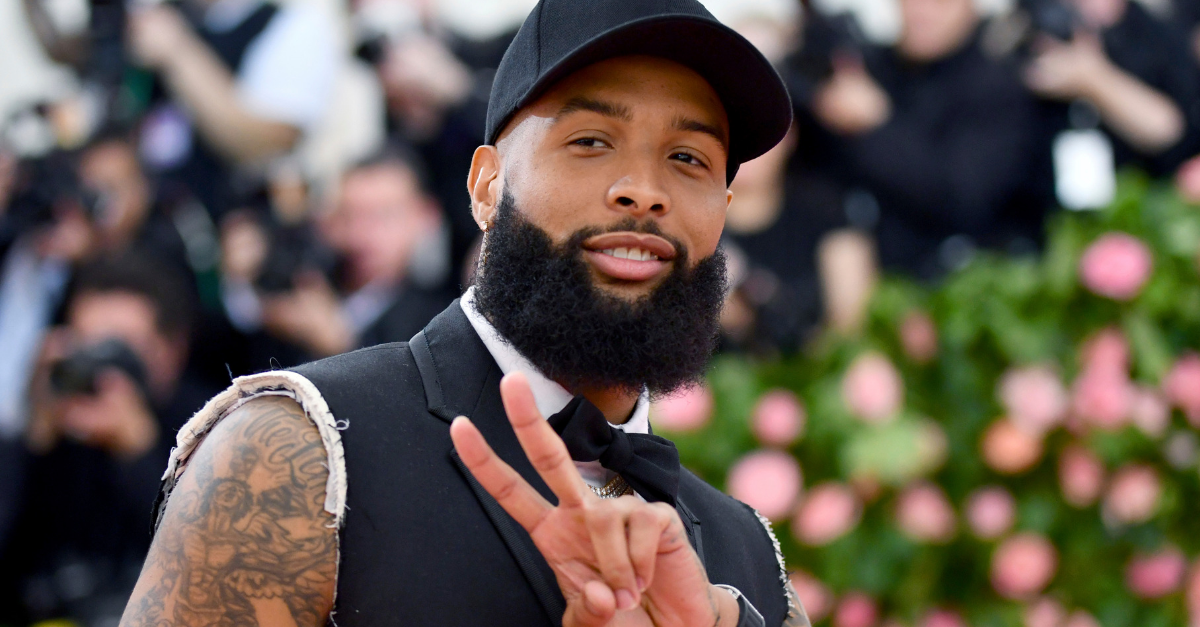 For as much as new Cleveland Browns wide receiver Odell Beckham Jr. runs his mouth, it?s hard to always take him seriously. The same could be said for anyone who wears a cutoff tuxedo and kilt to a gala. Add those things together and you have Monday night in New York City.

At the Met Gala, where other sports starts like Tom Brady, Serena Williams, Dwyane Wade and Saquon Barkley were all in attendance, Beckham flashed his own style on the red carpet and then bragged about his new team in an interview with GQ.

Sure, there?s nothing too surprising about any of that, but the 26-year-old NFL superstar sure didn?t hold back many words or praise about the trade that sent him from the New York Giants to Cleveland this offseason.

It?s no secret OBJ wasn?t happy with the Giants. He made that clear again with GQ in saying, ?It just became not the right fit.? But it didn?t stop with unhappiness. Beckham, the former first-round pick in the 2014 NFL Draft and three-time Pro Bowl selection, made sure to add some lofty expectations to the once-hapless Browns franchise.

?I plan on being there for the next five years and trying to bring as many championships there as possible,? he said to GQ?s Cam Wolf, ?turning [the Browns] into the new Patriots.?

The Browns went 7-8-1 last season. However, optimism rules the day for the franchise. Quarterback Baker Mayfield is a stud. The receiving tandem of former LSU teammates OBJ and Jarvis Landry is one of the best in the league. Running back Nick Chubb is solid, and the defense is starting to take shape.

.@camjwolf went to @obj's @thombrowneny #MetGala fitting to talk to him about deciding to wear a kilt and building a new dynasty in Cleveland https://t.co/nnENtOJBBE pic.twitter.com/9LQvi5EjBV

There?s good reason to be happy if you are a Cleveland Browns fan. Then again, actually winning football games is a step in the right direction. Yet, Odell Beckham sees something more, even comparing his quarterback to one of the greats.

So there you have it. The Browns will be the new Patriots. It?s not as silly as one might think, but football fans everywhere are going to have to see it before they believe it.