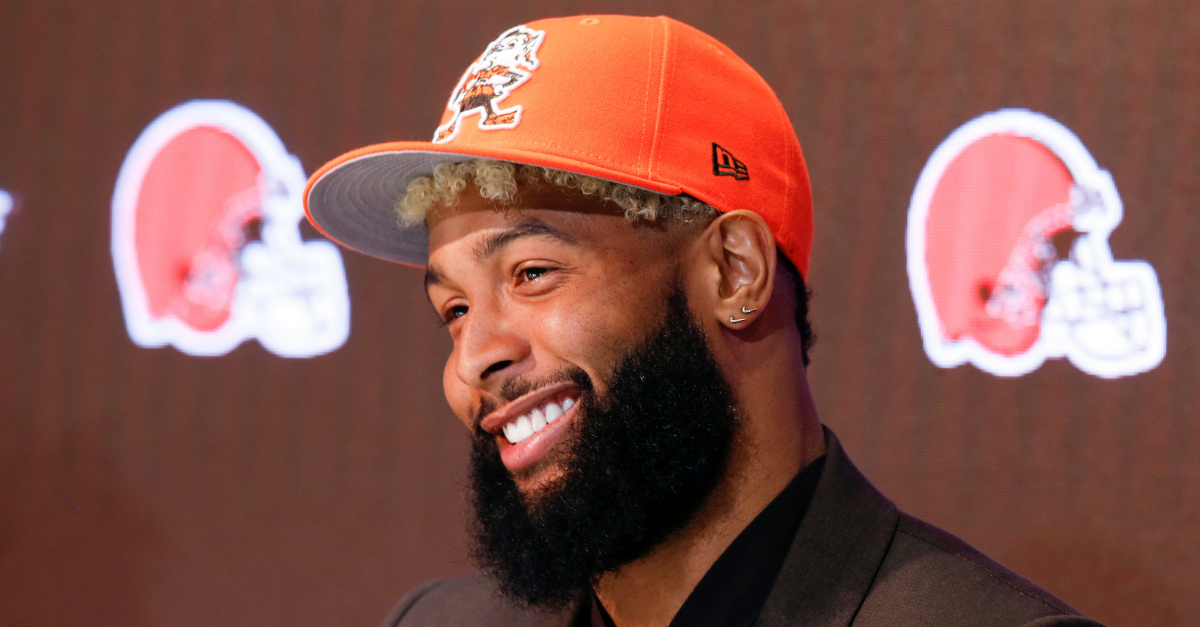 If you signed your name and suddenly had $40 million deposited into your bank account, what would you do with it? Would you donate a huge portion to families who need it most? Could you open up a $7 million cigar bar? What about buying the world’s fastest pontoon boat for your summer vacation?

Well, when newly-minted Cleveland Browns wide receiver Odell Beckham Jr. signed his five-year, $90 million contract with a hefty $40 million signing bonus, he answered the question of what it means to have too much money (and time) on your hands.

In an Instagram post, OBJ unveiled a custom Cleveland Browns-themed Rolls-Royce Cullinan, which was created by Dreamworks Motorsports. This thing is absolutely incredible and already has a list price of $325,000 BEFORE any customization.

According to the company’s IG page, they’ve put a lot more than a new Dawg Pound orange paint job into this beast.

RELATED: OBJ Says the Browns Can Be “The New Patriots”

Naturally, Beckham wouldn’t stay quiet about showing off his new toy and saved his favorite part of his new Rolls-Royce for himself.

Remember that incredible catch Beckham made as a member of the New York Giants? How could you forget? It’s one of the most iconic plays in NFL history and made OBJ the superstar he is today. Well, it’s back again, only this time as a hidden hood ornament on his new car.

And sorry to the salty Giants fans out there, but OBJ customized this one so that he’s wearing his new Cleveland Browns jersey.

Beckham may not be in Cleveland right now (and hasn’t been since his introductory press conference), but when he rolls up to the Browns’ mandatory minicamp from June 4-6, you better believe Browns fans will see him doing it in style.