For a brief moment in the early 2010s, former Browns star Peyton Hillis was the talk of the NFL.

After a 2010 season that saw the running back rush for 1,177 yards and 11 touchdowns, he earned a spot on the cover of Madden NFL 12, beating out more likely choices Jamaal Charles, Aaron Rodgers, and Michael Vick.

Going from relative obscurity to being named a cover athlete is one of the most bizarre football stories in recent memory, but tragedy has brought the former NFL legend back into the news.

Peyton Hillis at the University of Arkansas

After a solid senior year at Conway High School in Arkansas, Hillis committed to play his college football in-state for the Arkansas Razorbacks.

Though he was a running back by nature, he transitioned into a fullback role in his four years with the team. The Arkansas backfield was crowded with Darren McFadden and Felix Jones ahead of Hillis on the depth chart, so he had to adapt.

Hillis was solid in his senior year, rushing for 347 yards and accumulating another 884 receiving yards through the air. He declared for the 2008 NFL Draft, but getting taken by a team was not a guarantee.

Peyton Hillis in the NFL 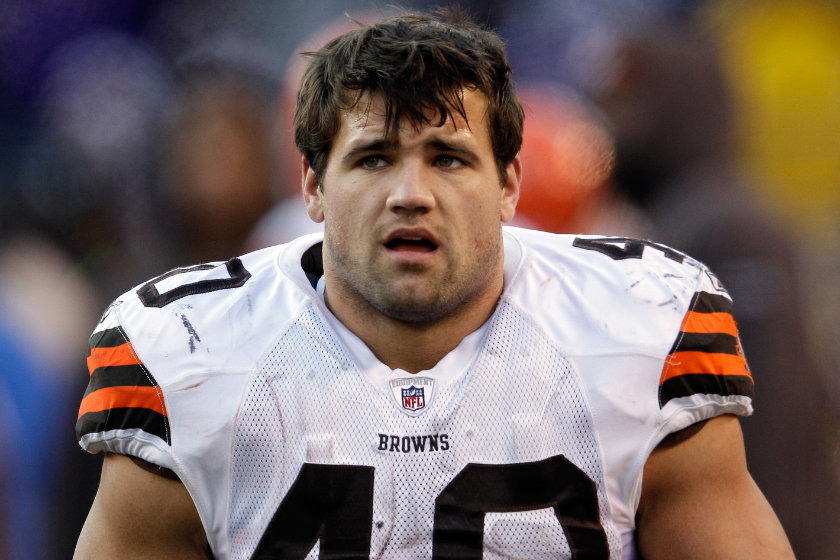 The Denver Broncos took a chance on Peyton Hillis, drafting him in the seventh round.

He didn't carry the ball often, but he showed potential in his rookie season, especially as a fullback. After two years with Denver, he was traded to the Cleveland Browns for former first-round pick Brady Quinn.

Hillis did well in the preseason with Cleveland and earned the starting running back job. He became a premier rusher in the AFC nearly overnight.

Wish we would?ve seen more of this Peyton Hillis ? pic.twitter.com/qWURxM9ric

Unfortunately, the Madden Curse comes for all. Aside from a 94-yard performance against the Indianapolis Colts, 2011 was full of hamstring injuries and disappointment for the Browns RB.

He became a free agent after the year and was stuck signing one-year contracts for the rest of his career. After largely unimportant stints with the Kansas City Chiefs, Tampa Bay Buccaneers, and New York Giants, Hillis retired in 2015.

In a chat with Bleacher Report's Brad Gagnon, Hillis alluded to the mental health issues he experienced during his playing career. 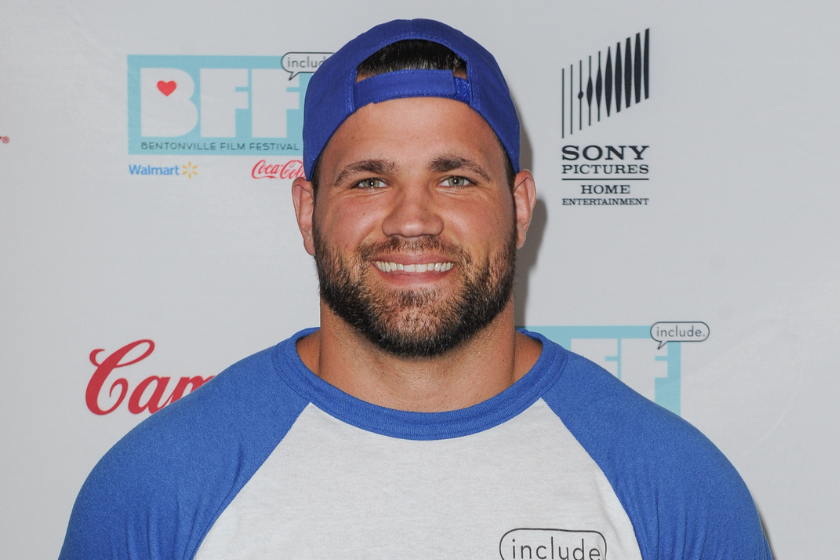 Today, Hillis remains in touch with football, but in a different role.

Since 2015, he has volunteered as a coach at Siloam Springs High School in his home state of Arkansas.

Interestingly, Hillis tweeted about coming out of retirement during the 2020 offseason, though the COVID-19 protocols have made tryouts hard to find, especially for someone who hadn't played in years. While we're sure the tweet was tongue-in-cheek, don't expect a new contract anytime soon. Perhaps the Bengals, Jets or even the Baltimore Ravens will take a flier on an old football player like Hillis.

Peyton Hillis has quite an interesting legacy. He never came close to an MVP, never reached the playoffs or appeared in a Super Bowl, and won't ever be considered for the Hall of Fame.

Hillis keeps a low-profile nowadays, with his social media posts coming once every six months or so. We even thought we'd find him among the multiple former NFL players tweeting their prayers for Damar Hamlin, the Bills cornerback who was put into intensive care in critical condition following a tragic hit in Week 17 of 2022. But, maybe Hillis didn't see ESPN's broadcast.

However, he was able to grace the cover of a video game, specifically Madden 12, which is something that many prominent players won't ever get the chance to do. And for that alone, you have to tip your cap to RB Peyton Hillis.

Adding to this information, I have confirmed Hillis was in a swimming accident in Pensacola, FL and helicoptered to the hospital. He remains unconscious in the ICU.

Family asks to please pray for him and a speedy recovery. https://t.co/bHWdZpJeXq

As if the NFL didn't ned another potential tragedy on its hands, reports have come in that Peyton Hillis was in the hospital in critical condition after saving his children from drowning. His kids are okay, but the former NFL star was airlifted to a hospital, all while unconscious. Hillis' uncle posted on Facebook, saying "I just wanted to let everyone know on Razorback Nation that Peyton is doing better," he said in a Facebook post. "He's still in intensive care and having some problems with his kidneys and his lungs but doctors say he is improving. I just wanted to head off any rumors that may be started. I'm sure he would want everyone to know that he appreciates all of the prayers being thrown up on his behalf!!!"

Prayers up for Peyton Hillis. He's been up against worse and we're hoping he can pull through!

MORE: What Happened to William "The Refrigerator" Perry?