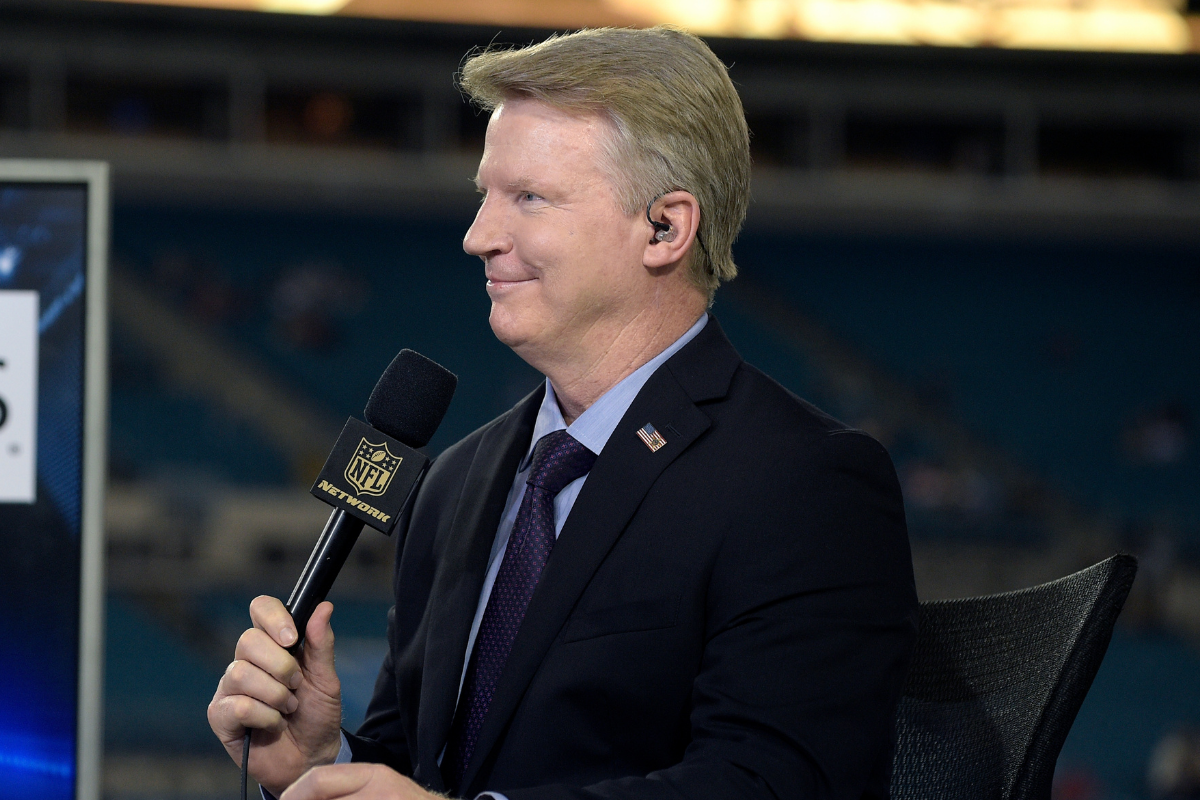 While Simms had an overall successful stint in the NFL, he is best known for his work as a sportscaster for CBS.

From his two successful careers, Simms has amassed a fortune. So, just how much money does he have today?

RELATED: Tony Romo’s Net Worth: How Football & Broadcasting Made Him Rich

His family moved to Louisville, where Simms attended St. Dominic’s Elementary School and later enrolled at Southern High School. He played college football at Morehead State University, though he struggled as a collegiate quarterback.

Despite a somewhat lackluster college career, Simms was drafted in the first round (seventh overall) by the New York Giants in the 1979 NFL Draft, a selection which was unpopular among the G-Men’s fan base at the time.

Simms silenced his haters during his rookie season, throwing 13 touchdowns and 14 interceptions while finishing runner-up in Rookie of the Year voting. His next few seasons in the National Football League were disastrous, however, and he ended up missing the entire 1982 season with a knee injury.

Simms made his first Pro Bowl in 1985 and led the Giants to the Super Bowl in 1986, where the team would take down the Denver Broncos in Super Bowl XXI. He won Super Bowl MVP honors after an impressive showing against Denver.

He was also part of the Giants’ Super Bowl-winning team in 1990, though he missed Super Bowl XXV against the Buffalo Bills due to a foot injury.

Phil Simms retired from football after the 1993 season, but surprisingly has not been inducted into the Pro Football Hall of Fame, despite having won two championships with the Giants throughout his professional career.

Across his career, Simms threw 199 touchdowns and 157 interceptions while racking up over 33,000 passing yards.

After his days with the Giants came to a close, the former American football quarterback became a broadcaster and television sportscaster for CBS Network, as well as ESPN and NBC.

With CBS, Simms called games alongside Jim Nantz, and has flourished in his role becoming one of the most recognized talking heads in the sport. Additionally, Simms commentated on Olympic wrestling and was briefly an NBA sideline reporter.

Phil Simms is married to his wife Diana Simms, and the pair live together in Franklin Lakes, New Jersey. They have three children together: Deirdre, Chris and Matthew Simms.

Football runs in his kids’ veins, too. Chris Simms was also a professional quarterback who spent time with the Buccaneers, Titans and Broncos. Additionally, Matt Simms was a backup quarterback for the Atlanta Falcons in 2019.

Deirdre married a fellow footballer, Brian Toal, who had a brief career as an NFL linebacker.

According to Celebrity Net Worth, Simms boasts an estimated net worth of $16 million, and earns roughly $3 million per year from his role as a sportscaster for CBS.