Tracy Wolfson is one of the most well-respected and well-known sports reporters in the business. She's right alongside women like Erin Andrews, Holly Rowe, Lisa Salters, Pam Oliver and Suzy Kolber. Wolfson has worked for CBS Sports for the last 18 years and is a staple on the sidelines for their SEC football, NFL and NCAA men's basketball coverage. Originally from Congers, New York, Wolfson knew early on she wanted to become a sports reporter before ever working a Super Bowl.

After studying communications at the University of Michigan, she made that dream come true when she landed a gig with CBS out of college in 1997. Wolfson briefly spent time with WZBN in Trenton and at ESPN in the early 2000s but has been happily working for CBS since 2004.

Many viewers know Tracy Wolfson for her interviewing skills, but what does her personal life look like? She's happily married and has three beautiful children.

RELATED: Erin Andrews' Husband Sneaked Past Security to First Ask Her Out

Tracy Wolfson is married to David Reichel. The two both attended the University of Michigan, but they didn't start dating until after school, she told The Jewish Standard.

The American sideline reporter officially tied the knot with Reichel in 2001 on New Year's Eve. To this day, Wolfson writes about how grateful she is for her husband. While he's not sideline reporter or announcer, Reichel works as a senior salesperson in the equity derivatives group at Barclays Capital.

"Every year on this day I take an extra moment to remind myself how lucky I am to have such a supportive, loving husband, an incredible, hands on father and the best friend I could ask for. I will love you forever David," she wrote for their anniversary in 2019.

Their oldest son, Dylan, is 14. Ari is 11 and Evan is 9. According to an interview with The Jewish Standard, they reside in Tenafly, New Jersey.

Over on her Instagram account, Wolfson loves sharing pictures of her boys and raving about them on social media. Dylan was set to be a ball boy at the Final Four of the NCAA Tournament before the tournament was canceled due to the coronavirus pandemic.

"Dylan- I can't believe you are 14!! You have grown into a handsome, confident, funny young man. But you will ALWAYS be my baby!!! Remember, I love you more than anything in the whole wide world!! Have the best birthday!! Mom," she wrote about her oldest in July 2020.

Wolfson obviously travels for her job, which means David spends a lot of time with their children.

"I couldn't do it without my husband's support -- I travel so much -- and without the friends I made in town, and my children's friends' parents," she told The Jewish Standard. "I'm so lucky with the relationships I have." 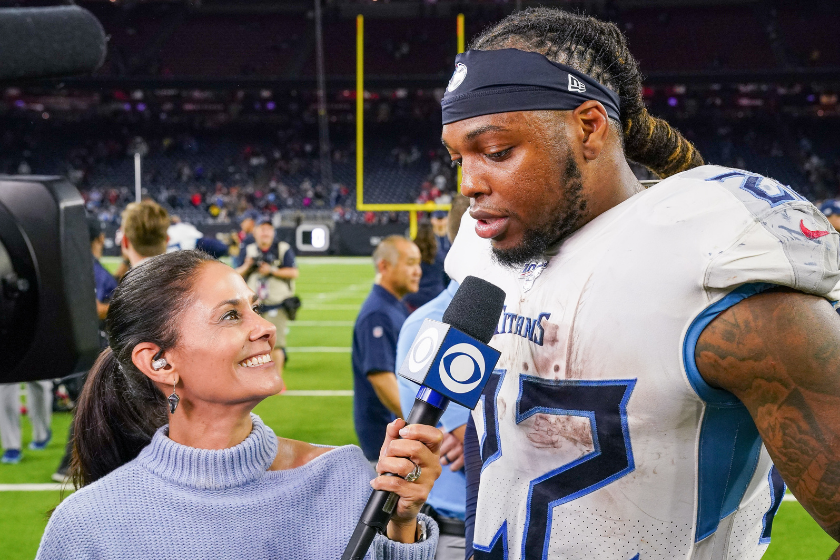 Wolfson is one of the more popular sports reporters out there. She's covered sports like auto racing, golf, arena football, skiing, ice skating and gymnastics in addition to college football, college basketball, NBA and NFL.

According to various outlets, Tracy Wolfson is worth between $3 million and $5 million in 2021. The 45-year-old broadcaster and lead reporter for CBS will continue to do great work as one of the most-respected sports journalists, and her family will always be behind her.