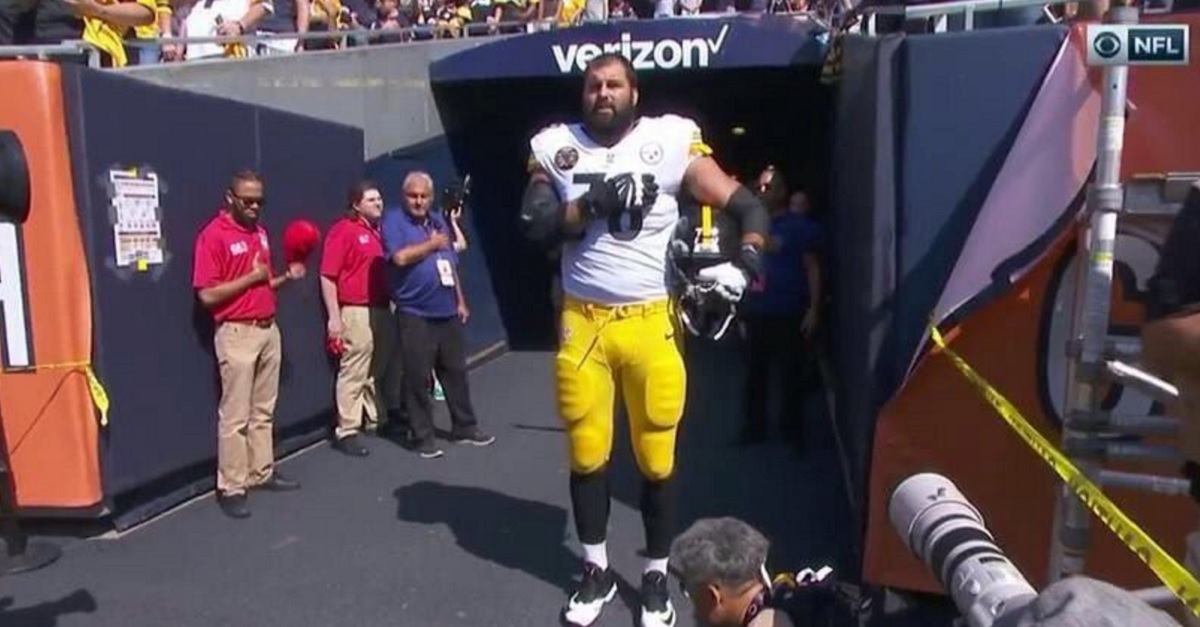 Initial reports were that the entire Pittsburgh Steelers football team would forego the pregame national anthem for their game in Chicago after comments from President Donald Trump set a firestorm across the NFL.

Well, that turned out to not be entirely true, as one member of the Steelers did come out of the locker room for the national anthem: left tackle Alejandro Villanueva.

Steelers LT Alejandro Villanueva stood just outside the tunnel during the national anthem while his teammates were inside.

Mike Tomlin. No players behind him. pic.twitter.com/GYR0M4EyvR

Villanueva is a former Army Ranger who had deployed to Afghanistan three different times during his military career. Villanueva reached the rank of Major before entering the NFL in 2014.

Other teams around the league also participated in a form of protest like the rest of the Steelers. Several New England Patriots took a knee for the anthem, while players for both the Detroit Lions and Atlanta Falcons locked arms during the anthem for their game.

The Bears, Patriots, Texans, and Lions sidelines during the national anthem pic.twitter.com/Y74ARlguTU

This comes after President Trump started some controversy on Friday evening, commenting on the anthem protests by saying that NFL owners should respond to the player protests with the phrase ?get that son of a bitch off the field.?