Well, we can stop looking for the best play of the preseason this year. This highlight reel moment came in Week 1 from a most unlikely source: a punt!

Buffalo Bills rookie punter Matt Araiza who is locked in a tight battle for the starting job with veteran Matt Haack, upped his stock when he hit a booming 82-yard punt against the Indianapolis Colts.

Araiza was standing just inside his own 5-yard line late in the second quarter awaiting the first NFL punt of his career. The ball was snapped, and Araiza's leg swung forward booting the ball downfield. The ball seemed to keep going, finally stopping for a total of 82-yards in the Indianapolis endzone for a touchback, a net gain of 62-yards.

"It was exciting. Definitely, a new feeling being out there. The stadium is a lot bigger than the one I used to play in. Just grateful things went well and what an awesome way to end the first game," he told reporters after the game.

Araiza was drafted by the Bills in the sixth round of this year's NFL draft after playing college football at San Diego State. The former Aztec kicker was an All-American and won the Ray Guy Award, which is given to the nation's best punter.

82-Yards is Something, But Not Record-Breaking 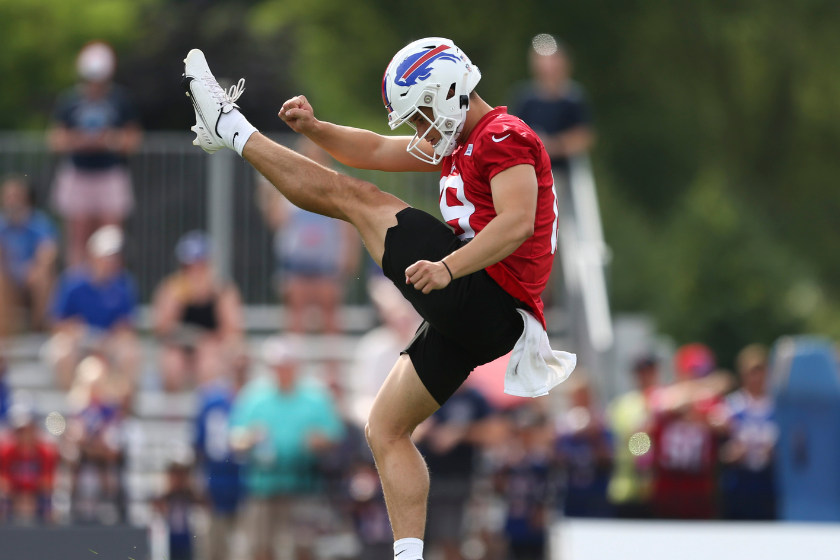 It wasn't the longest punt in NFL history. That distinction is still held by former NY Jets punter Steve O'Neal, who rocketed a 98-yard punt as a rookie back in 1969. Araiza's punt would be good enough for 19th all-time on the list of longest punts if it didn't come in the preseason. He would be right alongside Corey Bojorquez, who knocked an 82-yarder himself last year for Green Bay.

Araiza did, however, grab the attention of legendary punter turned radio personality turned pro-wrestler Pat McAfee, who himself owns a career-long punt of 74-yards. McAfee welcomed Araiza to the show and found out why they call him "the Punt God."

A Sixth Round Shocker 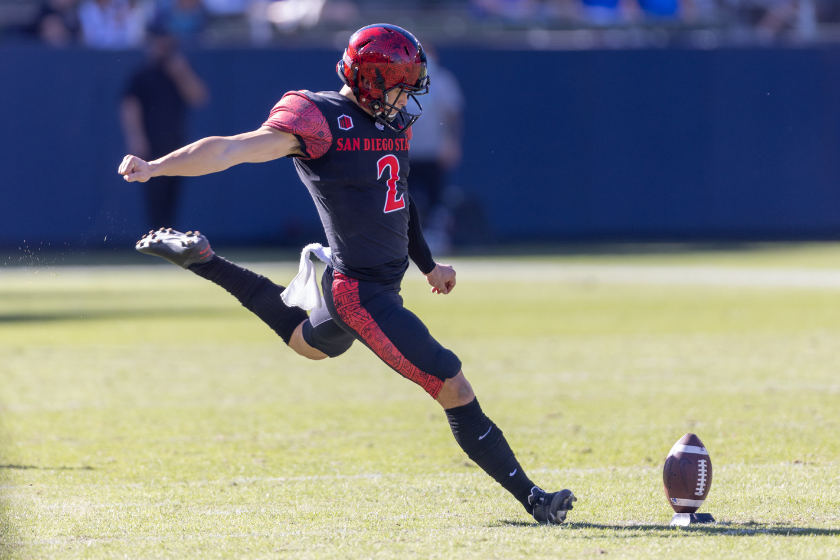 In fact, 82-yards seems like a light day for Matt Araiza, who once knocked one 86-yards at San Diego State and was known to fans to punt nearly the length of the field fairly often. It was a shocker to many when he was still on the board in the sixth round after two punters had gone before him. Araiza took it in stride, endearing himself to the Bills faithful, by tweeting out "SOMEONE GET ME A TABLE" after his selection. A reference to the Bills fan base, known as Bills Mafia's propensity for putting themselves through tables like pro wrestlers.

Regardless of the round, Matt Araiza landed in, he landed in a good spot. The Bills figure to compete for the AFC crown this season. If Matt can win the special teams starting job, and we think that has a pretty good chance of happening, he could be booming 80+ yard punts in the Super Bowl in just a few months.