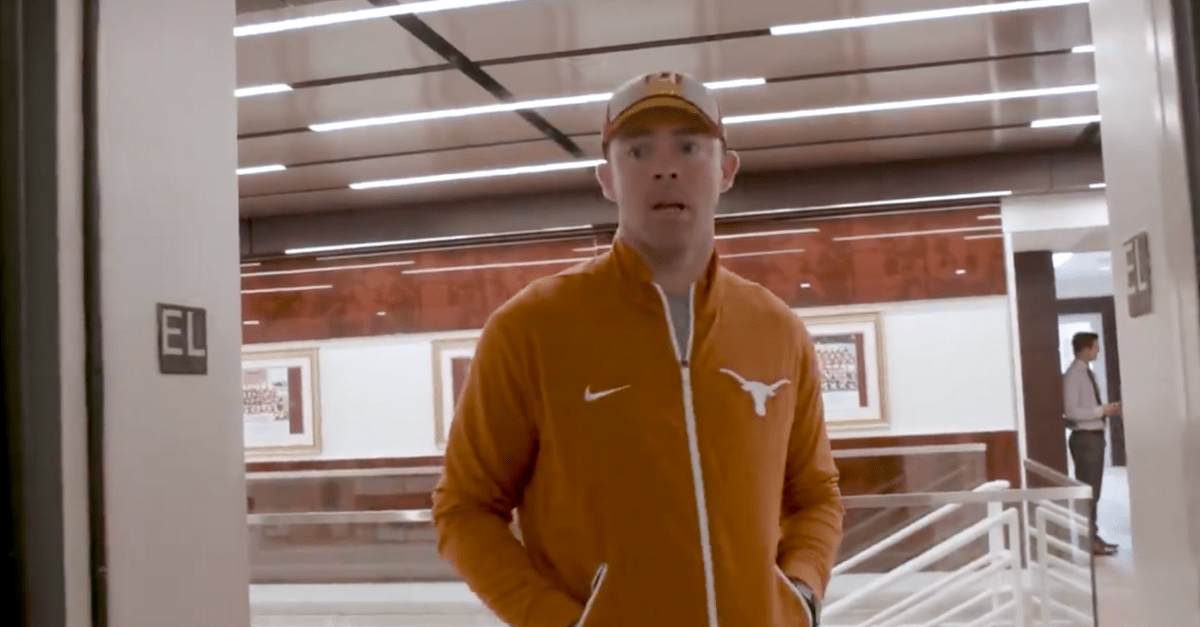 When it comes to the Red River Rivalry, the annual showdown between the Oklahoma Sooners and the Texas Longhorns, things can definitely get heated. The passion is real, people take it personally, and one NFL team made sure to brilliantly showcase that ahead of Saturday?s game at the Cotton Bowl in Dallas.

Over 1,300 miles away, the Washington Redskins know what this rivalry game is all about. Running backs Adrian Peterson and Samaje Perine, punter Tress Way, and offensive tackle Trent Williams all played in the game for Oklahoma, while backup quarterback Colt McCoy played for Texas.

Naturally, things got a little testy at Redskins park before a clash with the New Orleans Saints on Monday Night Football when McCoy, decked out in a burnt orange Texas Longhorns pullover, tried to get on the elevator.

This is just a perfect 20-second summary of the rivalry and an instant classic on social media. The fact it has just four words, when McCoy said, ?I?ll take the stairs,? is so fitting because those looks from the Sooners? alumni are priceless.

That?s a pretty strong cast of Red River Rivalry studs in the video, too.

McCoy was a two-time All-American for the Longhorns, won the 2009 Davey O?Brien Award among several personal accolades, and his No. 12 jersey has been retired by Texas.

Meanwhile, Peterson and Williams were both unanimous All-Americans, Perine was a First Team All-Big 12 selection, and Way once booted a punt 85 yards in a college game.

Oklahoma is a 7.5-point favorite to beat Texas and win the Golden Hat for a third-straight season. You better believe all five NFL players on the Redskins will be tuned in for the game, but if this video is any indication, McCoy might just have to watch this one by himself.