The Salt Lake City, Utah, native won three Super Bowls at the helm of the 49ers offense, having stepped into the role vacated by fellow 49ers folklore hero, Joe Montana.

Despite all the success he saw on the field, it wasn't until the end of his career as an NFL quarterback that Young accomplished his off-field goal of finding love and settling down. 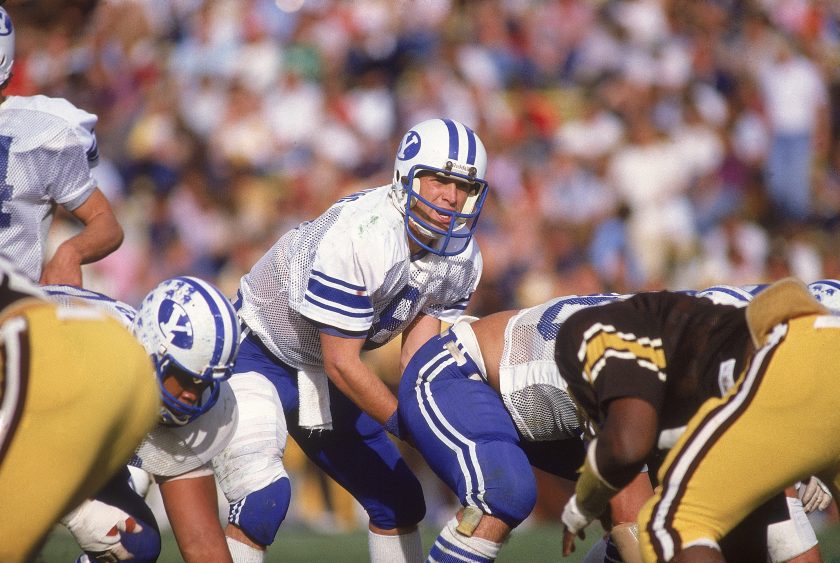 Steve Young was born in Salt Lake City, Utah. He is the great-great-great-grandson of Brigham Young, who was the second president of the Church of Jesus Christ of Latter-Day Saints. Naturally, Young is a practicing Mormon.

He attended high school in the affluent area of Greenwich, Connecticut, where he impressed as a multi-sport athlete. Young opted to pursue football and attend Brigham Young University, where he'd play quarterback and simultaneously earn a law degree.

While at BYU, Young threw 56 touchdown passes en route to being selected as the first-overall pick in the 1984 NFL Supplemental Draft.

He was also drafted first overall in the United States Football League Draft by the Los Angeles Express, signing a 10-year contract (which he eventually bought out) with the team before the USFL became defunct in 1986. 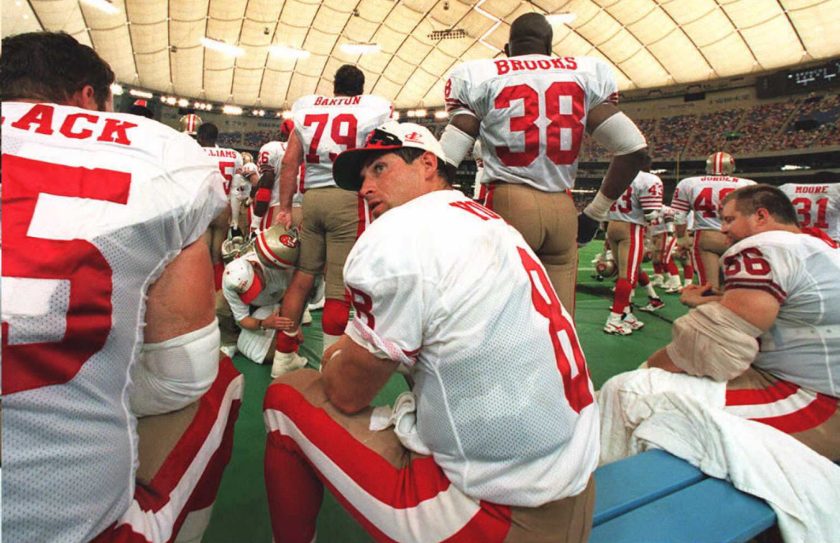 RELATED: Cris Collinsworth and His Wife Settled in a "Dinky Town" & Had 4 Kids

Young was the first pick in the Supplemental Draft of 1984, joining the Tampa Bay Buccaneers where he'd play his first two NFL seasons. He started 19 games for the Buccaneers but held a record of just 3-16.

The 49ers seemed to think he'd done enough to warrant another shot in the league, and he joined the team in a backup capacity in 1987, serving behind Montana. He spent five seasons as the heir apparent to Montana before finally taking over the as the every day starter in 1991.

Young proceeded to make seven Pro Bowls and three First Team All-Pro selections after becoming the starter, leading the Niners to a Super Bowl victory in 1994 against the San Diego Chargers. He won NFL MVP in 1992 and 1994. His other two championships came in 1988 and 1989 when he was still the second-string QB.

Young retired from football after the 1999 season at age 39, and was inducted into the Pro Football Hall of Fame in 2005. 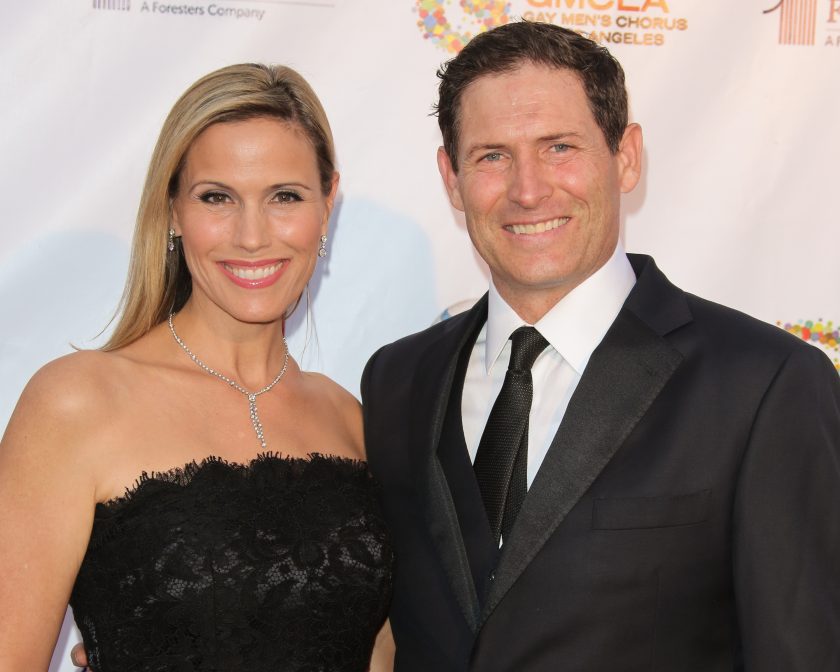 Steve Young was single throughout most of his NFL career, and he ended up meeting his wife shortly after retiring. Young met Barbara Graham on a blind date which was set up by mutual friends. He was previously engaged twice, once in 1986 and again in 1996.

Young wrote an autobiography, "QB: My Life Behind the Spiral," which details his personal life with his family, and offers a glimpse into the non-football player version of Steve Young. 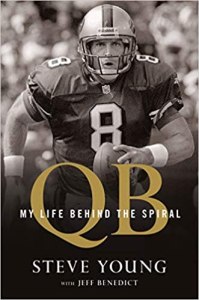 He explained in his book that his fame made it tough to date. In fact, he was worried by the time he was in his late 30s that he had missed his opportunity to find "the one."

"The dating scene had gotten more and more complicated with each year of my career. Fame and money posed a challenge in sorting out people's true motivations. But my biggest problem was finding the time to cultivate a meaningful relationship. The burden I felt to train and perform and meet expectations as a pro quarterback left me little opportunity for other aspects of my life," he said. 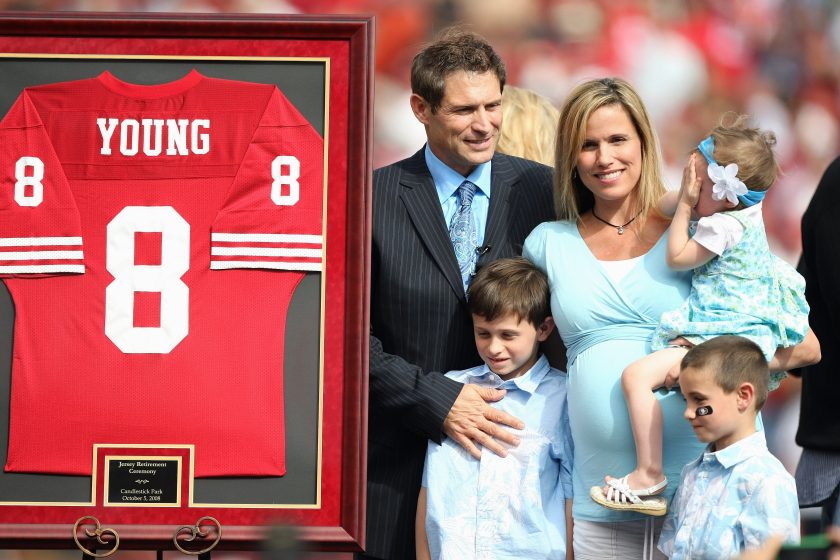 He and Barb hit it off and married in Kona, Hawaii in 2000. He wrote in his book why he fell in love with her:

"She wasn't just a gorgeous woman. She was independent and had a strong work ethic. She also had serious views about religion, politics, and a wide range of social issues. There was so much to talk about. But the one thing I really liked was that she knew very little about football. She never watched it. In other words, it meant nothing to her that I was a famous player. She was much more interested in what I thought about the world," he wrote.

Barb is a former model who attended Arizona State University. (Editor's note: Barbara reportedly attended the University of Arizona, but other sites indicate she went to ASU.)

Following her modeling career, she began to work in public relations. 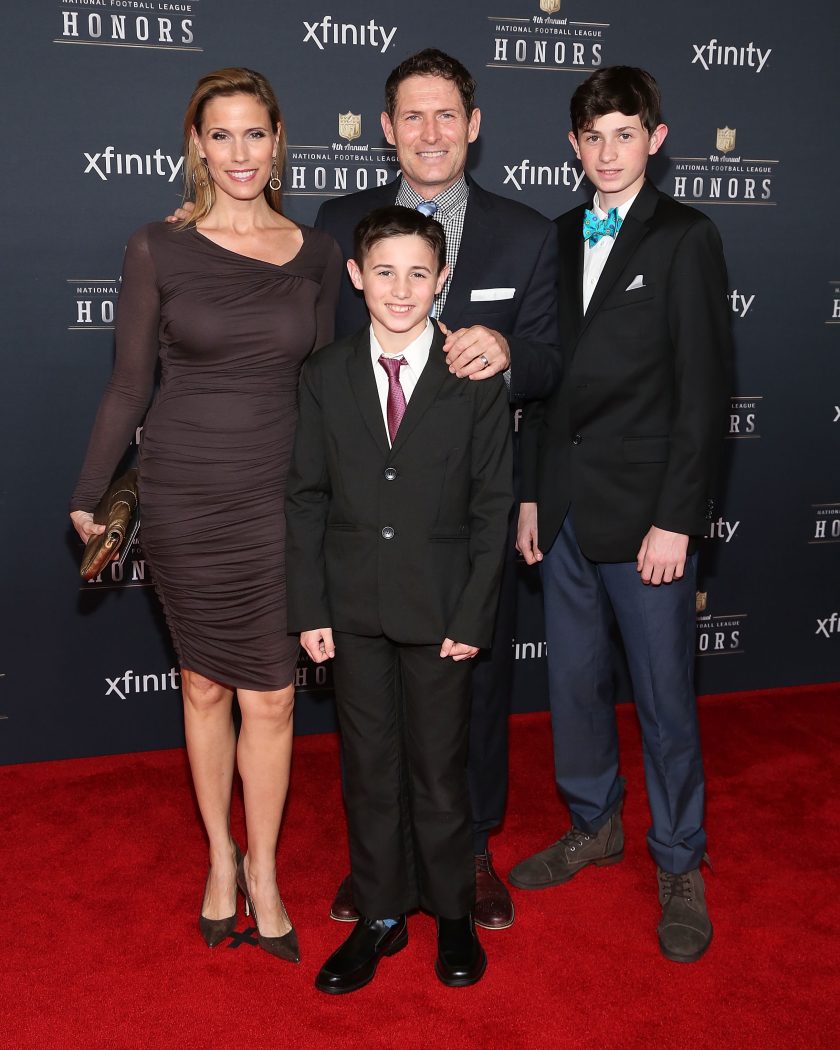 Together, Steve and Barbara have four children: sons Jackson Graham and Braden Steven Young, and daughter Summer Young. Details of their second daughter aren't publicly known, but she was born in 2006. Much like Steve, his wife Barbara is a member of the Mormon church.

According to Celebrity Net Worth, the Bay Area legend Young boasts an estimated net worth of a staggering $200 million through his playing career and ventures in business.

The former 49ers quarterback will forever be a legend in California and to NFL fans all over. These days, the 60-year-old's life is less hectic, but he was a wonderful loving family to cherish.