Before he was a wisecracking sergeant on Brooklyn Nine-Nine; a game-show host asking: Who Wants to Be a Millionaire?, an author of the book "Tough: My Journey to True Power," a husband to wife Rebecca or a member of the biggest, baddest crew of action heroes ever assembled in "The Expendables," Terry Crews was making tackles. Three tackles, to be exact, in his entire NFL career.

That is the totality of the stat line for Crews, who played in 32 games for three NFL teams over a career that stretched from 1991-1996, though much of that time was spent either on a practice squad or unemployed. But while Crews may not have been a Pro Football Hall of Fame player, he has no doubt stolen our hearts in more ways than one. 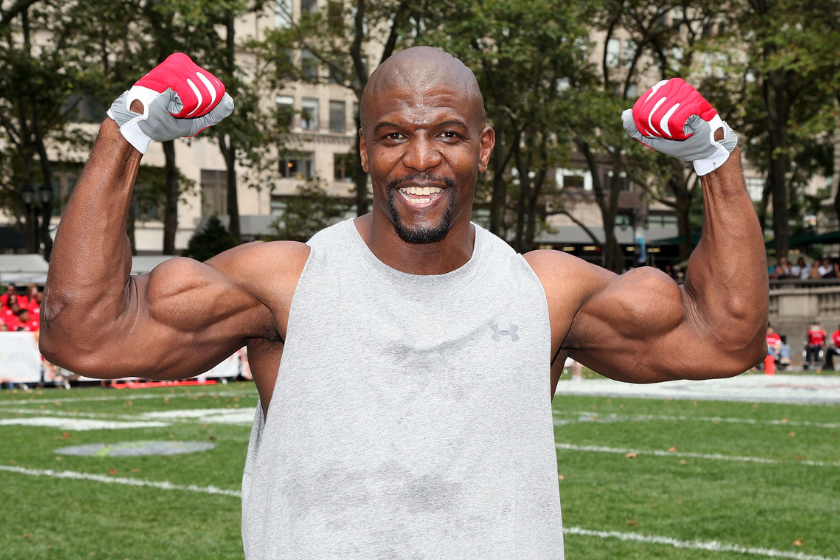 A native of Flint, Michigan, Crews grew up in a strict Christian household. He attended high school at Flint Academy before playing college football for the Western Michigan University Broncos. He enrolled at the school on an art scholarship and walked onto the football team. Crews, a linebacker who could also play defensive end, was taken in the 11th round of the NFL Draft (281 overall) by the Los Angeles Rams, before they were the St. Louis Rams and then the LA Rams again.

He was active for six games with the NFC West franchise in 1991, though it's unclear how many snaps he actually played, and he didn't record a stat. Crews was cut from the Green Bay Packers after spending time on their practice squad, and caught on with the San Diego Chargers for the 1993 season.

After another season without a team, Crews spent the first half of 1995 between Germany, where he played for the Rhein Fire of the World League of American Football, the venture that would eventually become NFL Europe before folding in 2007. He then came back to the states and played a full-season for the Washington Redskins.

His time in Washington, D.C. would be the last professional action Crews would see as an NFL player. He spent time at the Philadelphia Eagles organization. But he never made the roster, and he retired from pro football in 1997, moving to Hollywood to pursue an acting career.

It's difficult to even confirm when Crews made his first professional tackle. ESPN has him with two solo and three assisted tackles in his career, but game logs are only available for his 1995 season. According to Pro Football Reference, Crews had one tackle with the San Diego Chargers, then a solo and an assisted tackle with the Redskins. But again, game logs aren't there to tell the story in any more detail than that.

Crews Was Interested in the Arts Even as an NFL Player 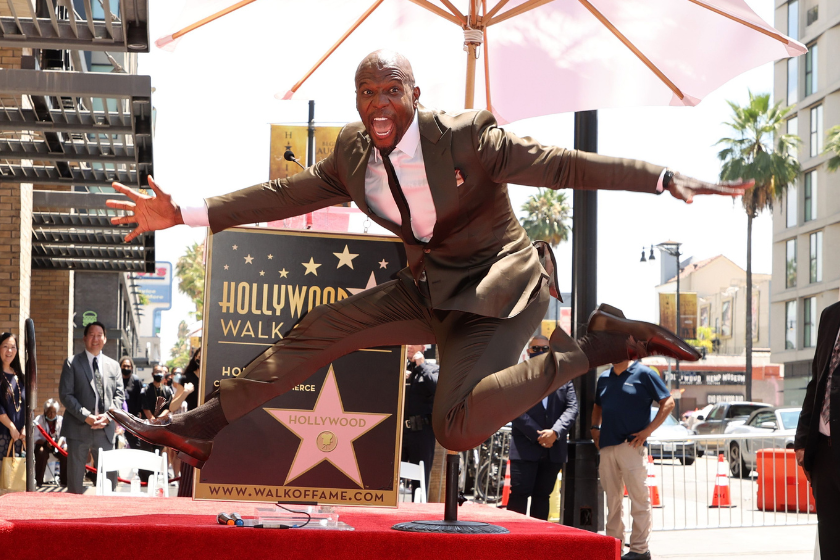 There were always creative bones in Crews' body. The future Hollywood star took flute lessons for eight years as a child. He spent a summer at Interlochen Arts Academy before enrolling in Western Michigan, where he turned his art scholarship into a full-ride as a football player.

As a frequently inactive or practice squad player, Crews supplemented his income during his NFL career by creating portraits of his fellow players, often relying on that commission to support his family.

Once he left the NFL, Crews, who initially worked as a courtroom sketch artist, turned to films. He wrote and co-produced the independent feature film Young Boys Incorporated, which set him on his path toward a career in movies and television.

Crews gained notoriety for his role in an Old Spice Super Bowl commercial, where he famously made his pecs dance. From there, he landed a breakout role in Friday After Next alongside Ice Cube. Crews had previously done real-life security work for Ice Cube during his rapping career.

After roles in major comedies like White Chicks and The Longest Yard, Crews made the move to television, spending four years as Julius Rock on Everybody Hates Chris, three seasons on the sitcom Are We There Yet?, and eight seasons as Terry Jeffords on Brooklyn Nine-Nine.

The host of America's Got Talent, Crews has noted the similarities between acting and pro football, including the structure and expectations of the two careers. Though he turned in only a few tackles during his time as a linebacker, his time in the NFL is, and always will be, a part of his diverse and impressive career.

MORE: John Wayne Became an NFL Draft Pick Because One Team Needed "The Toughest S.O.B. in the Draft"